On friday they had a meetup which was focused on what is going to happen tomorrow and what is expected to build. I was late on that day so I had to get the story from my teammate. As usual we went outside and brainstormed ideas and also found ourselves another partner so that made us a team of three. The idea we had was to gamify the diplomacy state by state. We just had the basic idea that we are going to put user into a simulated environment where they act as diplomate and take a decision of an already made deal in the past by the state department and see how close they were to guess that answer. No one had any idea of how we are going to build it or how it’ll look like. The next day we were joined by our fourth team member who was yet to be placed in a team and because we were three and needed a fourth guy. Because of his talented ability he started working on the idea right away. So as we were building it we had a goal in mind that we need a prototype of the game where we can run just one scenerio for the hackathon and make it look as sexy as possible. As it was a 10 hour coding hackathon only so we all were doing fast work. Good thing was that the luck was on our side and nothing was crashing or there weren’t any majors errors and everything was going smooth. This was one of the most balanced team I’ve ever worked with as everyone knew what they had to do and in the last hour we synced the code and it synced like magic. Now the hardest part of all the presentations, we were 2nd to present which is not a good position to be but still that was out number. We presented and later on after every presentation we analyze where we stand. By the last presentation we were sure that we are going to be among top three as per our analysis. Them the judges took their time and I was networking at the time when they started announcing the names. When they were done announcing the 4th, 3rd and 2nd places I remember my heart start beating fast and I was not sure that we are going to win now. But we were first and won the hackathon and I wanted to jump and scream with joy but I remember we act in a very professional manner then we went to the subway station and there we let our excitment out. It was yet another great weekend full of happiness.

To view the project see DevPost page and here is our team photo after winning: 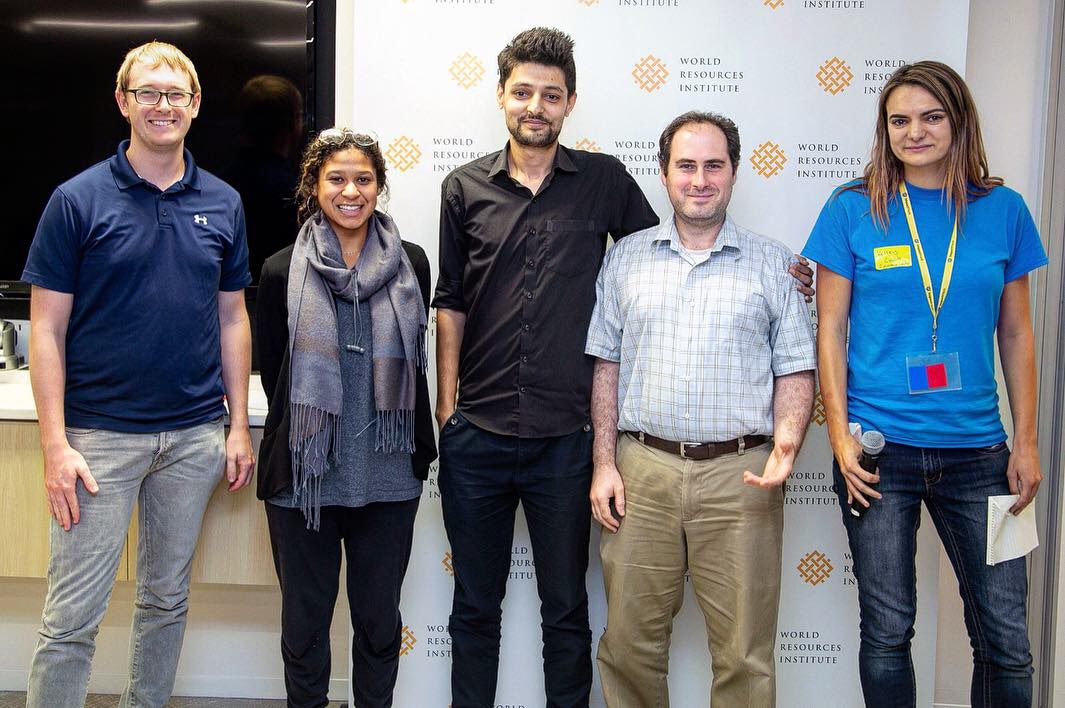 Keeping the innovation alive read about my previous two hackathons experiences too. I went to #SmallBusinessWeek Hackathon and IATA AIR Hackathon and this was my third hackathon participation. Hackathons are a good practice to earn some extra money on the side to pay for things like certification you are interested in or something else which interest you.