IATA – International Air Transport Association has been doing hackathons around the world to empowers innovators to come up with solutions that can make airlines profitable and customers happy at the same time and in June they had one in Washington DC. AIR Hackathon was held 8-10 June 2018 at Organization of American States building in Washington, DC.

The first day was just introduction and no coding at all. Plus there was no stayover on that day but I went there to meet Alex (We teamed for the first time in Small Business Hackathon). Yes, we teamed up again and we had some ideas roughly but not an authentic solution, we only knew that we need something to do with the timeline journey of the user but not sure what does this mean. On Friday we were networking and completing our team. We needed one more engineer on our team and a researcher who can research and read stuff to give us a summary of things. So we managed to add Andrew a front end developer to our team and Selina a student at GWU. The next whole day we spend just discussing the idea and not actually building something but by 6PM on saturday night we had the perfect idea. The only problem was that we only had time till Sunday noon as it was when the code freeze will happen. So we gathered all the sugar we could find and started coding at 7PM till 6AM in the morning. It was crazy to wander around a government at 3AM but it was fun. At 6AM on Sunday I knew that we have enough to demonstrate but it still required some finishing touch. So I slept for 2 hours and from 8AM to 10AM we had the final demo ready. Alex worked on the pitch and I was still not feeling sleepy as the presentations were still left. The demo started thought our pitch was not perfect but it was good enough to clearly deliver our idea and after we get announced as the winner fo developer prize the moment we went off stage receiving the prize I felt so sleepy that I couldn’t share the joy and happiness with anyone. I just wanted to sleep and the next morning when i woke up I was happy and it felt like a dream that we have actually pulled this one off too.

Here is the photo of us receiving the prize and the Judge awarding us this price has also written her side of the story which is also an interesting read. 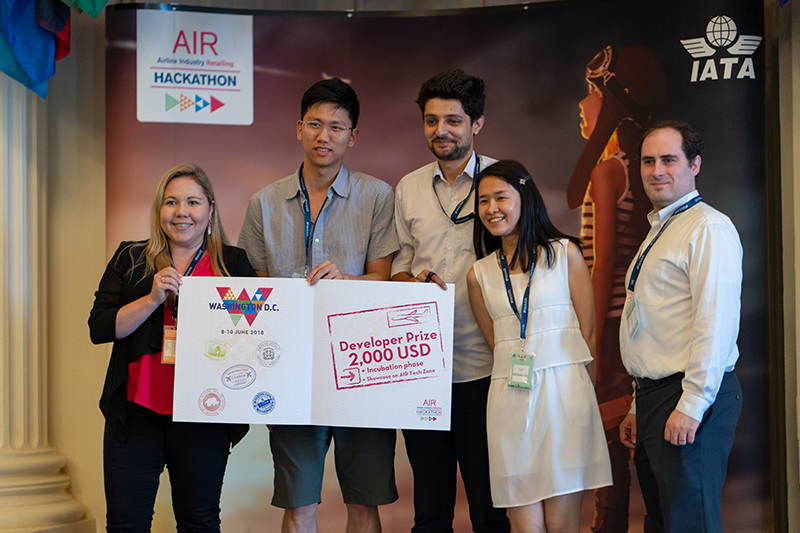