It’s like Spirit Airlines – you might hate it and avoid it by all means, but whether we want it or not, for budget travelling Greyhound is simply essential. It has the largest coverage in terms of destinations – more than 3000 cities that you might reach to with its buses. The prices vary significantly however there are lots of pretty fine deals. What is really needed to be done is once you start travelling – start collecting your reward points. With them you can get discounted prices and, the most important, the free roundtrip ticket that you can get with 16th Greyhound purchase. It helped me to get quite a pricy bus ticket from Cleveland to Washington that normally costs more than $100. The only concern is a condition of buses and timing. Yes, Greyhound is far from premium class coach, it might be not much clean and it is often running late (the latest I had was 5 hours delay in Nashville). But again, the impressive number of destinations make Greyhound a company which is hard to avoid.

Your second best friend in the world of the US bus companies. Megabus is clean, a bit better in terms of timing and, importantly, pretty cheap. As it tries to compete with BoltBus really hard, it provides $1 tickets if you book it well in advance. Sometimes this deal can make your travel extremely cheap – once I visited three states (Minnesota, Wisconsin and Illinois) with these $1 tickets. The only problems I would point out are not much impressive legroom and the limited number of destinations. It covers slighly more than 50 cities, excluding almost entirely the western part of Midwest, the Great Plains and the Northwest.

Oh, and Megabus coaches are doubledeckers which is pretty cool, isn’t it?

If you fail to get your $1 Megabus ticket, check Boltbus as it has the same fantastic feature. And, talking about good characteristics of BoltBus, that’s pretty much it. It is a Greyhound’s daughter company and often features the same problems in a way it looks and smells, and it does not have a lot of destinations to offer. It covers the major East Coast cities and, for some reason, the Northwest destinations such as Seattle, Oregon and British Columbia.

Once you come to New England, this kingdom is ruled by His Majesty Peter Pan, a former daughter company of Greyhound. It is a fairly good company, in my opinion – the prices are within average, buses are relatively clean and it has fine (but not perfect) time management.

Clean, fast, comfy, beatiful buses that will bring you a lot of joy and satisfaction. But not for a long time – it operates only between DC suburbs and New York. And this is not only drawback of Tripper Bus and Vamoose – you should pay for this comfort quite a lot as the average prices vary between $35 and $50.

But don’t worry if you wanna get to New York from DC but find Tripper Bus and Vamoose fares kinda dissapointing. It is better known as Chinatown bus (cause it operates from DC Chinatown) and give you an opportunity to visit the Big Apple for $15. Not the best fare, but not the worst for sure.

Besides those listed above, in different areas (especially in remote ones) you’ll find some local companies. As they are usually the major bus operators in the area, their fares are within adequate pricing. Almost every US region has its own bus company – for Wisconsin its Van Halder, for those who go from LA to SF it may be Hoang Express, for Florida it’s RedCoach, etc. The only exception in terms of price would be LuxBus – as we see it from its title, its kinda expensive. But the good news – it operates between LA and Las Vegas, and sometimes it is even cheaper to take a flight than the bus.

2018 marked itself as a year of international travel for me! When the world was making plans to visit NYC... 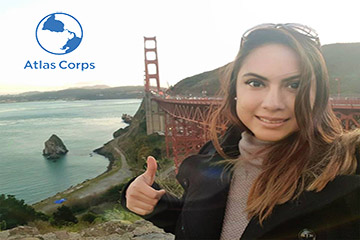 Adjusting to Life in the U.S! Culture Shock

As you get the notice that you’ve have been accepted in this amazing fellowship that you’ve desired for so long...