BUDGET TRAVEL IN THE US#7. AIR TRAVEL, PART 2

I keep sharing my experience on the budget – sometimes even too budget – travelling in the US. This is the second part of the cheap airfare blog – and the most important. Check the first one at https://bit.ly/2QZS7hl

How it works for me – I always starts with my favourite Skyscanner – I go to the “cheapest month”, see all the prices, select the best ones. After this I compare it with other aggregators – Kayak, Orbitz, Travelocity, etc. Usually after that I still continue with Skyscanner, but there were exceptions, And the must-do thing after I chose the flight – I go to the airline website, check their prices and available deals. Voila, you got the cheap tickets.

Bad flight time is the cheapest time. To go on a budget travel, we should embrace this fact. Of course, I am always trying to avoid flights that comes to BWI at 2am but sometimes it helps you to save some cash. If you get the bad time flights, check my previous blog about taking a nap at the airport – https://bit.ly/2ELQz4L.

The deals helped me to save around a hundred of bucks. Choose the several airlines you need the most – and enjoy the regular spam in the inbox. I bet, you anyway have a lot of spam – why wouldn’t you let some more useful spam to bother you sometimes?

Now – for those who read till this line – the most important thing. You cannot reach ANY state by plane for cheap – but, believe me, the airport system in the US allows you to make it cheap to relatively close hub airport and then get to the destination somehow else.

For instance – the best example is my trip to Great Plains in September which turned out to be the most expensive trip (the most crazy though) for me. I needed to go to Nebraska for the wedding (not mine, but still an event I’d like to go to). However, you cannot find cheap air tickets to Nebraska since airfares to Lincoln, Omaha or Grand Island starts from hundreds of dollars one way only. I booked a ticket to Denver for $70 roundtrip, rent a car for a week for $250 (plus gas around $130), drove through the whole Wyoming with its parks and prairies, spend a night at South Dakota where I visited Mt Rushmore and the Black Hills and on the way back I stayed in Nebraska for a couple of lovely days. After that I returned to Denver and left to DC.

In total it was the most expensive trip in the US. For the week-long driving I spent around $450 – relatively cheap compared to the distance and longitude. However it turned out to be way cheaper than flights from DC to Nebraska. I saved hundreds of dollars, and also covered FOUR gorgeous states with amazing national parks and people.

So, as a bonus – list of hub airports that you might find useful as a transit points. In brackets – the cheapest one-way airfare from DC that I found during 2017-18.

It can be a starting point to some other states, but once you are in California – you don’t have to leave at all

Florida is small, beautiful and cheap to get to. Off-season, of course

The whole New England is calling.

Starting point to Mississippi, Alabama, Arkansas (by car), to eastern Texas (by bus)

The whole Texas, New Mexico and Mississippi. Arkansas, if you love it for some reasons unknown

Again, these are airfares I saw – maybe you’ll find even cheaper. The list is not exhaustive – sometimes there are good deals from DC to other places, but with this list only you can reach almost everywhere in the US.

Sustainable Living on a Budget

Green living is something that we all (hopefully) strive for but I can understand how some of us become less... 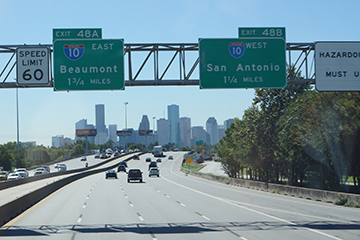 I keep sharing my experience on the budget – sometimes even too budget – travelling in the US. This piece...