…And the world stood still

In the words of Nelson Mandela ‘Sports has the power to change the world. It has the power to unite people in a way that little else does’. But you see my dear friend, in very recent times, I mean moments ago, I adopted a paradigm shift, at least since the arrival of COVID. Never have I seen the world as united as it is today, with countries speaking the same language, even the sworn enemies agreeing to a common cause in eradicating this curve obliterating humanity.

Contextually speaking, I’m aware that at this time, we are have now espoused the principle of ‘oneness’ as we’re being advised and even in some cases enforced to stay away from social gatherings and while that in itself opposes the principle of ‘coalition-building’ which this piece mildly premises, I emphatically draw from the angle of the collective acceptance the world has alluded to concerning the inundated novel virus. From the finely messaged health tips with a few- wash your hands regularly, avoid touching your face and oh! social distancing ‘words that have been used a gazillion times in the last few weeks’, to countries singing in synchronism and collectively acceding seamlessly without jawing rancor on closing the borders. Every country is interestingly watching out for the others because they know what’s at stake. It’s absolutely interesting to watch the collaborative efforts really.

But then I ask myself one question, ‘imagine if the world rises to jointly end poverty, inequality, authoritarianism, racism, stereotypes, injustice, child abuse, unemployment, etc., utilizing this togetherness approach.  Imagine these were the world’s concerns urging our collective action regardless of race, color, and a host of other boxes we have thrown ourselves into. If we cling on to the philosophy of ‘”I am because we are’ with the belief of a universal bond of sharing that connects all humanity, just as the world conscientiously gears towards navigating these challenging times. The world would be a lot better, safer and happier. These times go on to prove that we’re better off together and together we can conquer.

Revving over to the new temporary normal-  ‘social distancing’ and the work from the home phenomenon, I’d like to think it has made us realize work can be done actively from home, and that families are more bonded and united together at this time( though debatable), you know the saying that goes ‘there’s always something positive even in a hapless situation. Yes, this proves it ultimately.

.. And while there’s no known timeline for this phase, I’m besieged to think with its end, while certain areas will largely never remain the same, probably every single darn thing surrounding global oneness will return to status quo, with countries hating and attacking each other and picking up where they left off. Lol.  Such travesty!!!.. I intently hope this assertion proves wrong. 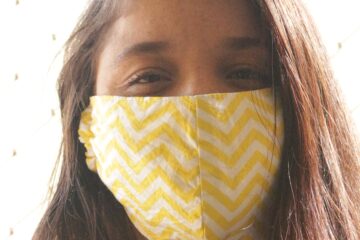 Smile behind the mask, we can see through it!

When the pandemic first hit most people were worried that we are going to lose that human to human touch... 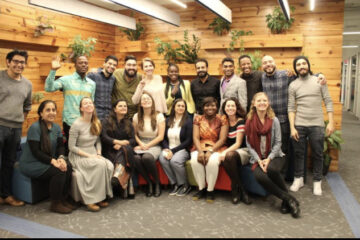 It was one roadblock after another, but despite uncertainties and challenges, I kept moving forward with the motto of, “One day at a time.” The past one year has been extremely eventful, and my 2020 U.S. experience has been something I am going to remember for the rest of my life. 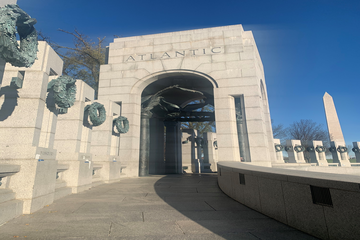