In Nigerian, the wealthy class makes small percent of the Nigerian population. This small percent has police as a personal guard, escorts are seen as a way of maintaining the status quo or profile position. They are protected from such harassment and intimidation from SARS. No right-thinking policeman would intentionally violate these class knowing the aftermath effect of such action. Privacy and the less privileged are entwined. Wealth has a way of influencing people’s actions in Nigeria.

The reality is that the stop and search exercises are ways or tactics to extort money from the young masses. The young ones live in fear for the same group they pay to protect their well being while the rich are protected from any form of ill-treatment. SARS operates outside the mandate of the law, the standard for suspecting and detaining people is based on the look, physic, dreadlocks, plated hair, driving nice cars, etc.

The right to piracy can only be derogated from under certain conditions provided by law. Interfering with individual rights without any justification and then searching personnel effect amount to an illegal search. I can understand the reasoning behind the provision of the Police Act. Where there is reasonable suspicion that a thing has been stolen or an offense is about to be committed, any delay might defect the purpose of preventing crime. However, in most of the scenarios with SARS, one begins to question the rationale behind the section, whether that provision was necessary in the first place.

The power to search though discretionary is not absolute. SARS official has the power to search if he reasonably believes that there is a material or incriminating evidence. The search becomes unlawful if it was done in the absence of the condition mentioned above. The problem is that they are no reasonable ground to request the stop and search. For no probable cause, they invade people’s privacy thereby breaching the fundamental rights enshrined in the constitution. There is a possibility that as a youth in Nigeria, one will get stopped and harassed by the ASARS.

The power to search nonetheless is discretionary but not absolute. SARS official has the power to search if he reasonably believes that there is a material or incriminating evidence. The search becomes unlawful if it was done in the absence of the condition mentioned above. The problem is that they usually have no reasonable ground to request the stop and search. For no probable cause, they invade people’s privacy thereby breached the fundamental rights enshrined in the constitution. There is a possibility that as a youth in Nigeria, one will get stopped and harassed by the SARS.

My first recommendation will always be to adopt the right policies ahead addressing such challenges. The Nigerian Police Act is not enough, it does not provide adequate checks that will ensure that the discretionary power does not become too powerful. A good policy is one of the main tools for the protection of the right to privacy and in this case stop and search. Without a solid framework, citizens will be subjected to the whims and caprices of certain government officials. Nigeria has witnessed the stop and search scenarios by SARS officials, there is a need for legal protection to prevents these unnecessary searches.

There should be aggressive campaigns by policy advocates, lawyers, and CSOs for the passage of the Data Protection Bill into law. The bill addresses issues such as privacy and surveillance. These groups should intensify their effort in ensuring that the law becomes a reality.

I also believe in not just having them on paper but also a solid process for the implementation of the laws. In their pursuit of safety, SARS violates young people’s rights by monitoring and extorting them. The irony is that they are mostly illiterate, who do not possess the necessary skills and adequate training to carry out their duties. There should be a way of holding them answerable for looking after people’s wellbeing. If Nigerian Police decide to maintain the department, then the unit should undergo intensive training on investigation and detection of crime.

We cannot deny that the root cause of these horrible experiences is the high rates of crime which is linked to unemployment. These crimes are mostly committed by the youth hence SARS operation. In addressing issues of unemployment, crimes and engaging the youth to keep them out of danger, alternative solutions different from the usual formal measures should be considered.  For instance, their different levels of competence, skills, knowledge, and different social platforms should be considered. 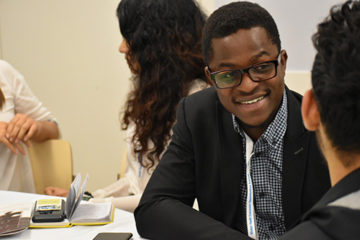 With a network of around 775 Fellows from 96 countries specializing in a diverse array of professional fields, many Atlas... 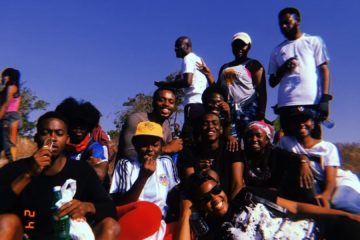 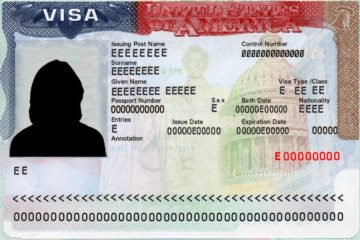 Today I want to offer some advice to anyone planning on applying for a non-immigrant visa from Nigeria, to the United States. This post will be focused on what to expect in your interview at the US embassy and how to behave...