*Disclaimer: this post reflects the personal opinions of the author, not of the event’s organizer.

This October I had the chance to attend the Annual Meeting of the International Monetary Fund and the Boards of Governors of the World Bank Group, and I could make this post into a reflection about how I dreamt to be in these spaces when I was a girl, a thought I started ruminating a lot about during one of the days of the Annual Meeting, more precisely, October 11th, the International Day of the Girl.

To my surprise, or maybe lack of surprise, this celebration seemed to be disregarded in the international space of the event, as no one seemed to be commemorating it, or even mentioning it, and I could count on one hand how many panels or times I heard someone talking about youth, or girls, in the event.

Yes, there were some questions and mentions about the intersection of gender and youth with the agenda of climate change, sustainability, international development, and financial crisis, but very few.

In one of these very few spaces, youth Ugandan climate activist Vanessa Nakate, who is also a UNICEF Goodwill Ambassador (if you don’t know her yet, you should), spoke with the Deputy Secretary of the International Monetary Fund about the effects of climate change in the present and for the future, addressing the urgency of the climate justice agenda, the importance of youth voices on it. In her speech, she made some important appeals to the audience, and to the people occupying decision-making spaces, from institutions, governments, World Bank, and multilateral banks:

– that the decision-making process needs to take into account what is good for addressing the problem/crisis, but it also needs to be sustainable, it needs to be good for the next generations;

– that there’s too much talk in these international spaces, but not a lot of action;

– that the discussions need to be closer to the realities, so those who are discussing can make better decisions that will affect everyone, especially the ones who are not part of the discussion but are (at) the topic of discussion;

– and lastly, that it’s important to have hope. Hope is the driving force for activism, for advocacy, for change-making.

It is a fact that we still have a LONG way to go until we are near gender equity (I’m not even mentioning the intersectionality of gender with race, socioeconomic class, age, etc.), and it is no surprise that representation across spaces like these Annual Meetings is mostly male, white, and old.

I’m not ignoring the fact that there are more female, racial, and young representativity and inputs in important global agendas like education, sustainability, community development, health, etc. But not as much in agendas related to financial topics for example. In my days at Model UN, we used to refer to the first agendas as “pink agendas”, those were the committees usually bypassed or the second to third choice of where participants wanted to join: they seemed to have less “glamour”, and less significance in our perception of the international space.

So, if women and youth are not substantially participating in important conversations such as financial ones, who are making decisions for them? And even if their needs or demands are being discussed, does that mean the decision-making taken on their behalf will attend to them, will it be good for them? Food for thought…

I am so glad to say that I actually heard at least once in that Annual Meeting that international development spaces like that one need to provide more spaces to hear the women, to hear the youth. That a changed approach is needed, that international or global agendas can’t be only gender-sensitive or youth-sensitive anymore, but they actually need to be gender-transformative, or youth-transformative, putting these voices at the core of transformative conversations.

When I was younger, I dreamt about being at international development spaces of discussion and decision-making, but most likely as an older version of myself, as a diplomat, a representative, and the Secretary-General, so it seemed something far from where I was.

I am so glad that we are seeing younger and plural faces in these spaces, and I hope that more girls can dream of occupying these spaces, but as a dream that is not far from them, that they can dream about being next to Vanessa Nakate, Greta Thunberg, Amanda Gorman, Malala.

As Vanessa Nakate spoke, keep the hope, and I am hopeful that the future is better, female and young.

Photo by Josh Barwick on Unsplash.

About the author: Patrícia is an Atlas Corps Fellow serving at Girl Up as Global Operations Management Fellow, supporting Girl Up’s global growth and regional operations. 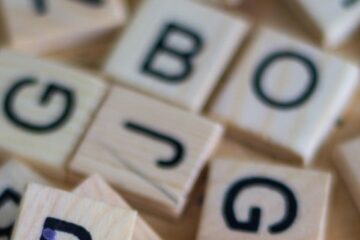 September 30th is celebrated the International Translation Day, and I had the opportunity to join a conference organized by the Center... 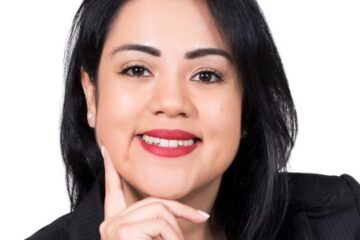 Today we speak with Hilton Prize Scholar Maria (Nicaragua, Org: Casa Alianza Nicaragua). Read on to learn more about how Maria is applying her Atlas Corps experiences towards her work in development and gender equality.