September 30th is celebrated the International Translation Day, and I had the opportunity to join a conference organized by the Center of the Art of Translation, which brought up to me reflections on the power dynamics surrounding language.

If I go back to my journey until being part of the Atlas Corps fellowship program, I reckon that different cultures and languages always caught my attention. In my childhood and youth, my friends and classmates would all speak English from an early age, thanks to privileged education and opportunities. I knew from an early age that I was very privileged to have role models to look up to that spoke other languages and to have access to educational tools that were not part of the basic educational curriculum. I knew that access to English seemed trivial in my surroundings but it was very much not trivial out of that space.

During my studies in undergrad school, English was mandatory as a second language, and from day one it was already creating unequal access to opportunities: those who didn’t have problems understanding the language could get a better comprehension of textbooks and better grades, lectures with international guests, and easier access to some internships and other activities. I also remember me being very insecure about my language skills, especially among colleagues who had international exchange opportunities and seemed to speak English so easily (and that was only English, studying International Relations, I would say most of my class would speak two, three other languages besides our native one).

At my host organization, language plays a centric role, as we are organized in a global headquarters, and regional teams. Part of my activities is around translating and interpreting, and also supporting the communication flow between parties that speak different languages. Besides, being on an international program, in a country that speaks a different language, and in a city that has a variety of cultures and peoples, I’m exercising language, every day, every moment.

I started having a different view of language when I started understanding a bit more about power dynamics. It was much deeper than reflecting that access to English was not equal in my childhood. Now,  I reflect on the fact that I don’t know part of my family’s history and heritage because I only had little knowledge of my grandparents’ language, so I was not able to deeply connect with them or retrieve historical facts from their experiences. I reflect on the fact that my mother language is a colonized language, that erased history and knowledge of several oppressed groups.

I reflect on the fact that learning different languages had given me more than understanding new dialects and access to resources that I wouldn’t be able to understand otherwise, but also different perspectives that explain a lot about their cultures, have you ever thought about your cultural upbringing and understanding of gendered roles and how language plays a big part on it?

A couple of interesting facts about language and power:

What are your practices or recommendations related to languages and power?

Photo by Sven Brandsma on Unsplash

About the author: Patrícia is an Atlas Corps Fellow serving at Girl Up as Global Operations Management Fellow, supporting Girl Up’s global growth and regional operations. 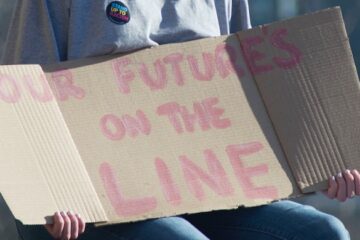 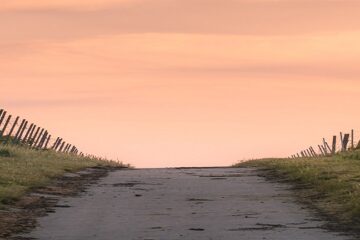 It’s been seven months of the Fellowship, seven months with my host organization, and some other changes in my life....