How the world sees women

I have four sisters and a brother. I am someone of an effeminate nature, so it should be assumed that I should be more aware and empathetic to what a woman wants but I only know a smidgen. Countless times I ask myself, why is the suffix of a man just one; Mr and that of the woman multiple: Ms, Miss, Mrs. Is the woman unrecognizable and unappreciated when they are not in marital union with a man? Is there a shifting bias for male sex and not for both sexes? Are women unseen even when they are successful academically and professionally until they have a ring to it? It is astounding that the sex that has the ability to procreate is the sex that takes the back seat.

The good book says “But for Adam, no suitable helper was found. So the Lord God caused the man to fall into a deep sleep; and while he was sleeping, he took one of the man’s ribs and then closed up the place with flesh. Then the Lord God made a woman from the rib he had taken out of the man, and he brought her to the man”. Helper, I wonder what comes to your mind when you think of the word helper? Rather than being created equal in all respects, this demonstrates God’s divine plan for man to have some level of authority over women. Isn’t that weird? As a kid, from the movies we watch and the books we read, the male character takes the role of the protagonist and the female character as the damsel in distress. Even when the women are protagonists, they still need rescue by a male figure for example Sleeping Beauty, Cinderella, Little Mermaid, Grease and the list goes on. According to the Division of Mammals, Smithsonian Institution, Washington, D.C. 20560; Females are larger than males in more species of mammals than is generally supposed from the one-celled organisms to insects and to most mammals.

I grew up in an unconsciously feminist environment, where the males make the food if they are hungry and the females wash the cars if they want to use the car to cruise the city. This was not done consciously, it was rather because my parents were very busy people so they made us create our agenda to make life easy for everyone. Outside my home it was different, men are made to do the “tough jobs” while the women do each other’s hairs or support their mothers in the kitchen. Heretofore, women have driven the movement towards gender equality, which began with the suffrage movement in Western cultures in the late nineteenth century, which sought to allow women to vote and hold elected office. You would think that gender specialist positions should be bequeathed to women but no; you find some men also taking that position. One has to ask themselves, how do we advocate these causes without coming off as the savior to women. Are there genes that control these acts that attribute certain tasks to different sexes? Can a girl choose to play football while the boy plays with dolls? Can a man cook while the woman washes the car? Can a man not take care of a home while the woman goes to work? Can a guy be comfortable to say he was raped and not feel emasculated? Can a woman marry a man without having to take his name? Can a girl dream towards been a president of her country someday? Why is it that we choose to hold a blind eye to these issues? Who do we blame for our past mistakes and ignorance? Do we blame the informal knowledge we absorbed from our environment: television and religion/culture?

One important difference between humans and animals is the extent to which humans employ huge amounts of knowledge and innovation. I think we fear the idea of personal or community change because we think that we have to sacrifice something to give something up but as human beings, we are at our best when we support, educate and help each other towards redemption, not when we call each other out for past mistakes. That is the best of humanity. Do not just say the change, BE THE CHANGE. 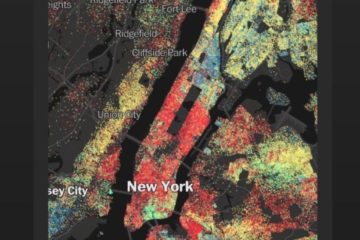 “The Truth Hurts, But Silence Kills”

It’s obvious: this year doesn’t seem to become any better. Fires, COVID-19, and economic collapses are only a few things...

What is the largest emerging market? Guess what, it is not China or India…What is the opportunity that could add...

To shake the current scenario, the way together is the way forward. Currently, around the world, men hold decision-making positions in all key areas, such as in the executive, economic decision-making, media, academia, and the judiciary. The top to bottom change is necessary to fill the leadership gap and to have our next-generation to be more inclusive and diversified. The involvement of all ‘humans,’ regardless of the gender they identify with, is necessary to have a future which is bright, open and free of any inequality.