“The Truth Hurts, But Silence Kills”

It’s obvious: this year doesn’t seem to become any better. Fires, COVID-19, and economic collapses are only a few things that happened since the beginning of 2020.

However, we tend to avoid talking about ethnic inequality. TV shows and journals keep saying “We are all in trouble”, “We are all living the worst days of our lives”, “It seems to be living in a cage”. These are all lies. Let’s be honest: how could you possibly think of your couch as a cage?

The reality is that not everyone is living the pandemic the same way. Not at all. There’s a huge discrepancy among ethnicities, and we all know it, even if we decide not to speak. “The truth hurts, but silence kills”, Mark Twain once said.

I’m not going to speak on behalf of all the white privileged people but as one of them. What happened in Minneapolis a few days ago is shocking, cruel, and against any possible human right (if you don’t want to consider a crazy little thing called “Law”, just to semi-quote the Queen), we all agree on that. But this is the point I want to make all my privileged white fellows think of: why now?

Don’t you know that the whole Manhattan looks like this?

This tragedy is just one of the many this country had to see, year after year. There has been some sort of spark with that incredible Obama’s win in 2008. People got even more positive four years later when he got re-elected. Then it came 2016, the year that radically changed the history of a country.

In November 2016, Donald Trump won over Hillary Clinton, in one of those unclear scenarios that not even a “Mission Impossible” movie could have thought of. No more “ObamaCare” but duty wars, racist and misogynist tweets from the President towards many sacrificial victims.

My question is still the same: how can we be so surprised? We should have predicted all of this. Now it’s time to fight for a more just and equal future: it can’t be acceptable any longer living in 2020 and being aware that if you come from a no-white family, no matter how great and well educated you are, you’re not going to achieve the same goals as your white bud.

We can’t accept any longer that marginalized people are being treated differently from the Police. We can’t accept to see all the most beautiful cities in the world being gentrified, to the benefit of the only white ones.

We have to act all together. We have to speak truth to power. 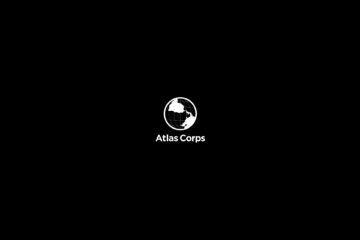 How the world sees women

I have four sisters and a brother. I am someone of an effeminate nature, so it should be assumed that...