AMBER Alert and other Inter-Country responses

In the last 3 month in Washington DC, I have received four AMBER Alerts on my phone. For a while the AMBER Alert made me wonder of all possible doubts about my phone being infected by a virus. This thought lingered since the time I received this anonymous, continuously vibrating message on my phone which popped up on the phone screen from nowhere and disappeared after a while. In fact, it was strange to know that some of my colleagues at work were surprised too on a day we received it together.

Initially, for a couple of minutes at work, I misunderstood this abbreviated term as a virus alert on my phone till this curiosity led me to do a quick web search over the mystery behind it. Nothing could have left me more amazed about what I figured out in the next 5 to 10 minutes. I was quite impressed to know about the organized technical and practical response set by the United States Department of Justice. Through all these 7 to 8 years of experience in the Indian Non-profit sector and devising strategies for and working with Task Forces on finding missing, trafficked and exploited children I never saw such an example and far-sightedness of technology.

The US Department of Justices’ AMBER Alert Program is a voluntary partnership between the law-enforcement agencies, broadcasters, transportation agencies, and the widest reachable wireless industry, to activate an urgent bulletin in the most serious child-abduction cases. It started back in 1996 in Dallas – Fort Worth. It is a nation wide system which is now active in all 50 states, the District of Columbia, Puerto Rico and the U.S. Virgin Islands. The AMBER Alert system has also been adopted in the Canadian provinces and continues to expand into the Mexican border states.

The primary goal of an AMBER Alert is to instantly stimulate the entire community to assist in the search for and the safe recovery of the child who has gone missing. In case citizens or commoners have queries and clues they asked to direct calls to the National Center for Missing and Exploited Children (NCMEC) who are managing the secondary distribution of AMBER Alerts.

I worked with the famous Childline network in India on more than 100 cases of missing and trafficked children and women across India, Nepal and Bangladesh. Childline is an India based network which ensures a integrated child protection response. The Childline’s 1098 service is India first toll free tele helpline launched back in 1996 for street children.  The same year when AMBER Alert was launched. Similarly in Europe, the European Child Alert Automated System (ECAAS) was started in 2007 with the support of the European Commission to start the ‘Child Abduction Alert’. This is an automated system for child alerts that will enable law enforcement in the partner countries to quickly notify the public when a child goes missing and ask for their assistance. Equally significant, the partner countries: Cyprus, Greece, Italy and Portugal will be able to communicate with their partners to launch the alert in cases where there is information that the child has been taken to another country.

In China, which is a home to a centuries old scourge of buying and selling of children, abduction appears to be less lethal but no less painful. There seems to no system in place to find missing, abducted children, parent with a very less amount of help by police are forced to find their children on their own. More than 60,000 children are estimated to go missing each year. Children from China are less expensive to buy for adoption than South Korea. These children are mostly abducted and put up for adoption. A lack of coordinated child alert systems in these countries makes it harder for parents to track their children for years. United Kingdom uses the Child Rescue Alert System (CRA) which started in 2007 based on the AMBER Alert system. The CRA is managed by the Child Exploitation and Online Protection (CEOP) Centre. 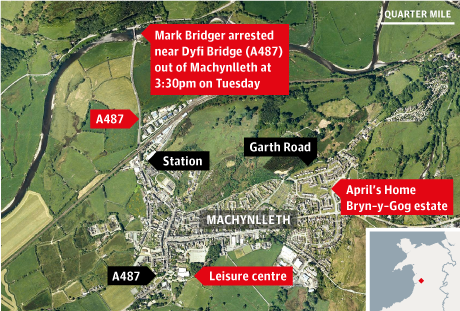 Back in 2012, the abduction of April Jones triggered the first nationwide Child Rescue Alert ever used in the UK as investigators started weighing up the risk to the child in the hours after her disappearance.

Child Alert systems such the AMBER have proven to be beneficial for a well coordinated response in saving lives of many innocent children. In my experience of tracking, rescuing and reintegrating missing children in India, i can validate this with a firm belief that there is a high amount of coordinated intelligence, presence of mind and a proactive community and inter-agency response needed to make it happen, keeping in mind all legal and sociological grounds to protect a child.