Sudan or officially the Republic of the Sudan is a country in Northeast Africa. It is bordered by Egypt to the north, the Red Sea to the northeast, Eritrea to the east, Ethiopia to the southeast, South Sudan to the south, the Central African Republic to the southwest, Chad to the west, and Libya to the northwest.

It houses 37 million people (2017) and occupies a total area of 1,861,484 square kilometres (718,722 square miles), making it the third-largest country in Africa.
Sudan’s predominant religion is Islam, and its official languages are Arabic and English (although English is not spoken by many). The capital is Khartoum, located at the confluence of the Blue and White Nile.

Sudan has had two successful revolutions so far. In 1964 and 1985, mass protests overthrew military dictatorships and installed civilian governments. Both times, the political upheaval erupted in the capital, Khartoum, and its residents, intelligentsia and elite played a pivotal role in the fateful political events that unfolded.

Today, we are in the middle of what many are already calling another revolution. This time, however, the revolutionary vanguard is not based in Khartoum. Instead, the popular uprising started in the periphery and swept through the entire country.

It all began in the city of Atbara in the northeast River Nile state. On December 19, thousands took to the streets to protest the price rise and the scarcity of basic supplies. The demands of the crowd quickly evolved from bread and fuel to the downfall of the regime, and the building of the ruling party in Atbara was burned down. Barbar and el-Damer, also in the northeast River Nile, also took to the streets with casualties in both cities.

Despite that more than 55 people being killed by security forces, tens of thousands of people across Sudan have been peacefully protesting against the oppressive rule of President Omar Hassan al-Bashir, who has ruled the country for 30 years.

Why are people of Sudan protesting?

The main trigger for the recent protests was the government’s decision to increase the price of a loaf of bread from one Sudanese pound to three (about $0.02 to $0.06).

But anger has been boiling across Sudan, with some describing it as a “ticking time bomb”, over the rising costs and other economic hardships, including soaring inflation and limits on bank withdrawals.

“There is no cash at the ATM machines most of the time. Banks keep sending people away with only 500 SDG [about $10.50 at the official exchange rate] in their pockets, which is barely enough for a day,” said 29-year-old Yusuf Elhag, who has been protesting in Khartoum.

In 2011, South Sudan seceded from Sudan, taking most of the oil fields that its now northern neighbour relied on to boost its economy.

Although the United States lifted its 20-year-old trade sanctions on Sudan in October 2017, the country has been unable to recover from losing three-quarters of its oil output.

“Many had expected the lifting of US sanctions in October 2017 would invite foreign investment and bring about an improvement in the economy, but the opposite has happened, for multiple
reasons,” said Isma’il Kushkush, an independent journalist who reported for eight years from Sudan and East Africa.

Mr. Bashir and his government have repeatedly blamed inflation and economic deterioration in the country on the economic sanctions imposed by the United States in 1997. The Trump administration removed the sanctions in October 2017, but contrary to the Sudanese hopes of improved economic conditions, inflation increased and the economy deteriorated further.

Mr. Bashir’s history of oppression and economic mismanagement ensured that protests weren’t limited to Khartoum but were spread across the country, even in marginalized peripheries like El-Gadarif in eastern Sudan and Nyala and El Fashir in Darfur, where the regime has killed thousands of people and destroyed hundreds of villages in counterinsurgency.

To know more about what is really happening in Sudan please fellow us on Facebook : Sudanese Translators for Change STC

Sudan’s protests: The revolt of the periphery

The Strong and Beautiful Message of Sudan’s Young Protesters

What prompted the protests in Sudan? 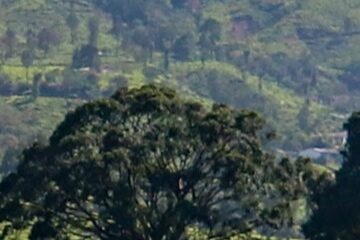