Domestic violence is one of the most severe social issues in modern Russia. According to Russian and international NGOs working with domestic violence victims, every 4th Russian family has experienced different forms of violence. Russian women become victims of domestic violence in 75% reported cases. Moreover, up to 40% of all serious violent crimes and 2/3 of all homicides committed within families or households.

Unfortunately, Russian police don’t like to investigate this type of crime. That’s why only 3% of all reported cases are going to court, and almost half of all initially reported cases (40%) related to domestic violence are lost during investigations. Moreover, Russia is one of 18 countries where domestic violence has been decriminalized regardless of all these statistics!

Decriminalization of Domestic Violence in Russia

The current social movement against domestic violence in Russia started in 2016 when Elena Mizulina, the State Duma Chairwoman, proposed passing a new amendment decriminalizing domestic violence to the Code of the Russian Federation on Administrative Offenses. President Putin signed this amendment in February 2017.

However, according to the official statistics, since 2017, almost 80% of all domestic abusers have been punished with fines instead of being jailed! Moreover, after implementing the new law, the number of domestic violence cases increased 2.5 times according to data collected by local and international NGOs.

Our movement against domestic violence got the most significant push in 2019 thereupon the Khachaturyan sisters’ case became public. A year before three sisters, 17, 18, and 19 years old had killed their father in self-defense, as they were subjected to constant violence and sexual abuse for an extended time. The sisters had been arrested on the same day, but Russians were sure that they would be charged for murder in self-defense. Mainly, because investigators have confirmed the girls’ father abused them physically and psychologically for years. Moreover, for years police had refused to bring charges to the sisters’ father when their mother, relatives, and neighbors complained.

In summer 2019, the sisters were charged with premeditated murder “committed by a group of persons or as a result of conspiracy”, punishable by up to 20 years of imprisonment. It was an unprecedented case for the Russian court.

After the charge for the sisters was updated to a “premeditated murder”, Russians went to solidarity rallies throughout our country and the world. Many artists and public figures supported the sisters. For now, 377,000 people have signed a petition calling for the sisters’ release.

The Social Media campaign “I didn’t want to die” became another critical milestone in the movement against domestic violence in Russia. A few feminist activists launched this campaign in the summer of 2019. The campaign became viral literally in a moment.

For a few weeks, 12,000 women, including influencers with millions of followers, posted their photos with bloody makeups to tackle domestic abuse. Around 26,000 messages about the campaign were posted on Social Media. The most popular post had more than 420,000 likes and was widely shared. The main result of this campaign was launching the petition calling for a new law against domestic violence in Russia. Last year around one million Russians signed this petition (the initial goal was precisely one million)!

Unfortunately, we still do not have a new law against domestic violence in Russia. And it seems our government is not interested in resolving this social issue. But we still have hope that Russian society will be able to lobby the government for resigning the current decriminalization law, especially after the recent developments in people’s attitude on this issue.

In spring 2020, we passed another significant milestone in our movement against domestic violence. One of the most famous Russian TV hosts with 8.5 million followers on Instagram has participated in a few live interviews where she blamed women for becoming victims of domestic violence and for publicly speaking about it. “It’s normal for men to be aggressive and arrogant. What did you do to make your partner do not hit you?” – shared Regina.

As a result, we started a new round of discussing this social issue and lobbying the new law against domestic violence. Almost all famous journalists and bloggers have filmed videos and documentaries about domestic violence in Russia, which have been watched by nine million people. More importantly, the general prosecutor’s office concluded that the Khachaturyan sisters’ case should be seen as “necessary “self-defense. The sisters are still in prison, and this case won’t end soon, but we have already reached significant achievements, and we keep going! 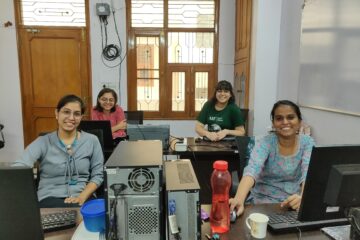 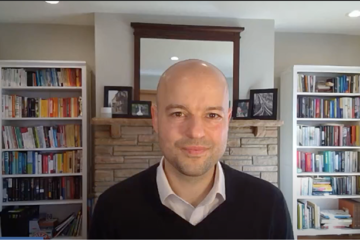 Note to Our Global Community

Editorial Note: The following message was written and endorsed by some of the 60+ Atlas Corps Fellows and Scholars from...