From diving in the Red Sea in Jordan to hiking up Mount Si in Washington State, U.S.

I was so thrilled when my friend invited me to go for a hike with her to Mount Si. I had no idea what it looks like or how tough it is going to be. I borrowed my backpack from my landlord, and I cleaned my only running shoes that I have. It is interesting to know that Mount Si was mentioned in one of the legends of Snoqualmie people, an indigenous tribe in Washington state. They mentioned that it was the body of the moon that has fallen down to earth through a trick by the fox and the blue jay.

I couldn’t sleep the whole night thinking about this moment. I was so excited as a little kid taking pictures of the road and asking a lot of questions. When we arrived, I felt extremely scared to go up. The mountain elevation is 3,100 feet with 8 miles as a round trip. Usually, it takes tough hikers two hours to reach the top. My friend said, “I am scared too” and she is already an expert. That made me feel a little bit better. We headed to the trail and that is when I realized that I am -actually- doing it. After 10 min of going up, I started to feel tired. My breath was making bizarre sounds like I had a whistle in my lungs. I could not continue anymore. I stopped. It was too early for me to give up.

When I decided to enjoy the hike

I looked around and I was really amazed by these huge old trees. I can feel their maturity and greatness. I took a moment to document this mesmerizing view with my mobile camera. I can hear running water like a music coming out of nowhere. I kept moving forward until I found a little creek. I took a video and I crossed it. I was wondering when I am going to finish this path. I looked up to the endless top, it was longer than I thought. After half an hour, I stopped again. I felt tired. I was sweating. I finished my coconut water. I pulled out a nutrition bar. People were staring at my hand wondering what I was eating. I squeezed myself, so people can pass me. I felt embarrassed because everyone was going up so fast except me. I was pausing every 5 minutes. I was thinking that I am a turtle. Well, that is my nickname which my sister used to call me by. And everyone who knows me, they know that I am a slow walker.

Following the theory of the turtle

But, when I thought about it, I felt that I am not even a turtle. A turtle doesn’t stop. “I am not going to stop, I am going to slow down but never stop.” I thought. “I am going to follow the turtle theory in winning companions” I decided. While I was hiking up, I saw two couples who were holding their kids going up. I saw another man who seemed to have a surgery in his legs, but he was trying. I saw kids with their parents. Inspiring. I saw an old man with his dog. Shame on my young age. He said: “Good morning!” I asked him how far I am to reach to the top. He said about one hour and 15 minutes. I thanked him, and I said “Ok! That’s my goal. In 1 hour and 15 minutes, I will reach to the top.” I felt bored as I asked my friends to move and not to wait for me. Every step I took, the trees were getting longer and longer, and longer.

I saw people running down and I was wondering why the rush. Some of them were the same people who passed by me in the begging of my hike. That’s a good indicator. I felt I am tired. I ran out of water. That is when I started to feel extremely scared as I can’t see the bottom of the mountain. No one will be able to save me if I fell off.

I asked an Asian man, “Is it the top yet?” After he removed his earbuds to hear me, he replied: “you still need to go up for about less than a mile”. I stopped and sat down on a rock that wan not made for a break. “I gave up” I felt. I have been going up for more than two hours now and I didn’t reach the top yet. “It is easier for me to conquer the world or to win the world cup than doing this.” I thought.

Did I reach the top?

I called my friend who told me that they reached the top of the mountain and that they were heading down. I told her that I will start going down too since I am super slow. She encouraged me to hike up for a little while. I hung up the phone with her, and I noticed that my hands were expanding. They looked like blown rubber gloves. They were too big and hurt, as I could not take off my rings. I moved up and up. I finally met my friends. They were going down and they told me that I was too close. People started to encourage me. One guy told me “You go it”. It made me feel happy. Another woman told me “you are basically here.” I saw a big rock. I am not here yet. The steep was so high. I kept climbing some rocks with my hands and legs. I am totally exhausted. The sun rays were able to touch my skin penetrating the long trees. I am finally here.

Yes, I did it. After 3 hours of struggling, I reached the top of Mount Si. The legend of the Snoqualmie people. I couldn’t believe myself. My happiness was equal to winning the world cup or even more. I felt strong, healthy, and incredibly happy. 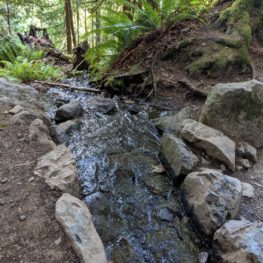 It is a blessing to see this nature. I was pleased to watch all these mountains which were covered by green and white carpets. I took a deep refusing breath. People were impressed as it is my first time hiking ever. I heard a lady who said, “if she can do it, I can do it”.

I was rushing myself because I didn’t want my friends to wait for me more. I went down running. Or to be honest, jumping. Jumping of happiness because I did it. “Now I realized why people were fast going down.” I thought. People were squeezing themselves to make a space for me after I used to make a space for them. I was running faster and faster until I passed by all the people who made it first up the mountain.