While I have discussed how diverse and culturally mixed New York and the United States is, it’s interesting that I have had to on many occasions talk about my country, its people and the culture. Mind you, I have had to do the explaining among fellow Africans as well. Consider this then a fun list and answers to frequently asked questions about Botswana which will help you with your next encounter with someone from my country and they will love you for it. 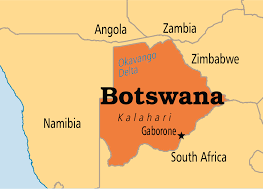