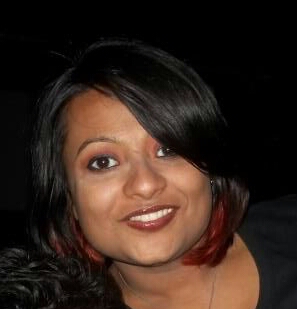 Trina started working in Kalighat, one of Asia’s oldest and largest red light areas, at the age of 18. Her interaction with commercial sex workers spurred her passion to spend her life working on gender empowerment. After graduating with a major in English Literature, Political Science and Sociology, she went on to do her Masters in Social Work, specializing in Medical and Psychiatric Social Work. During her Masters, Trina visited and interned with various women’s rights and anti-trafficking organizations. Trina started her own non-profit, Kranti at the age of 22, in Mumbai. Kranti identifies the potential in girls who have been trafficked to become agents of social change, as they have survived the worst social adversities, and have the passion and understanding to solve these social problems. Kranti uses counseling, education, and leadership training to empower marginalized girls as change-agents. Recently, Trina moved to Ashoka: Innovators for the Public to explore other areas and models of work in the development sector, through Ashoka’s fellow selection process.

Role at Host Organization: Trina will support the overall strengthening of leadership development in the nonprofit sector by helping to expand the American Express Leadership Academy franchise. Building on the American Express role in supporting best-in-class leadership practices and capacity building, Trina will coordinate and grow the alumni network; help develop and improve communication and dissemination of best practice and provide overall project support as needed. 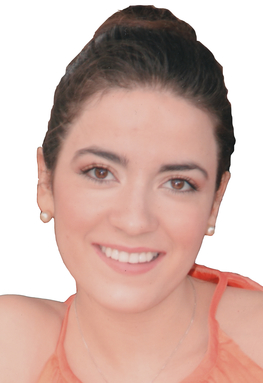 Renata has three years of experience in the nonprofit sector, and earned a Bachelor’s Degree in International Relations from Tecnologico de Monterrey and two Certificates in Woman, Gender and Development and International Relations from The University of British Columbia. While working as Communications Coordinator in Cinco Panes y Dos Peces A.C., a Mexican nonprofit organization, she helped indigenous communities in isolated regions in Mexico to apply a Risk Prevention, Control and Management Plan. Simultaneously, Renata taught a certificate in Financing Strategies and Fundraising for nonprofits. Previously, she coordinated two international volunteer projects in Belgium at the Red Cross Center for Asylum Seekers and at the ArAsylum Seekers and at the Arthur Regniers Center for motor and brain handicapped people. Renata has volunteered in ten projects nationally and internationally concerning a wide range of topics such as: orphan children, Down’s syndrome children, reforestation, Elkhorn Coral Planting, fundraising, and reconstruction. Through these experiences, she developed project coordination and implementation, fundraising, web development and research skills. Renata enjoys topics related to philanthropy and has a strong passion for poverty relief and refugees. As a result, from her passion in the nonprofit sector, she has cofounded Amarte A.C., and Hoor A.C., two Mexican nonprofit organizations. 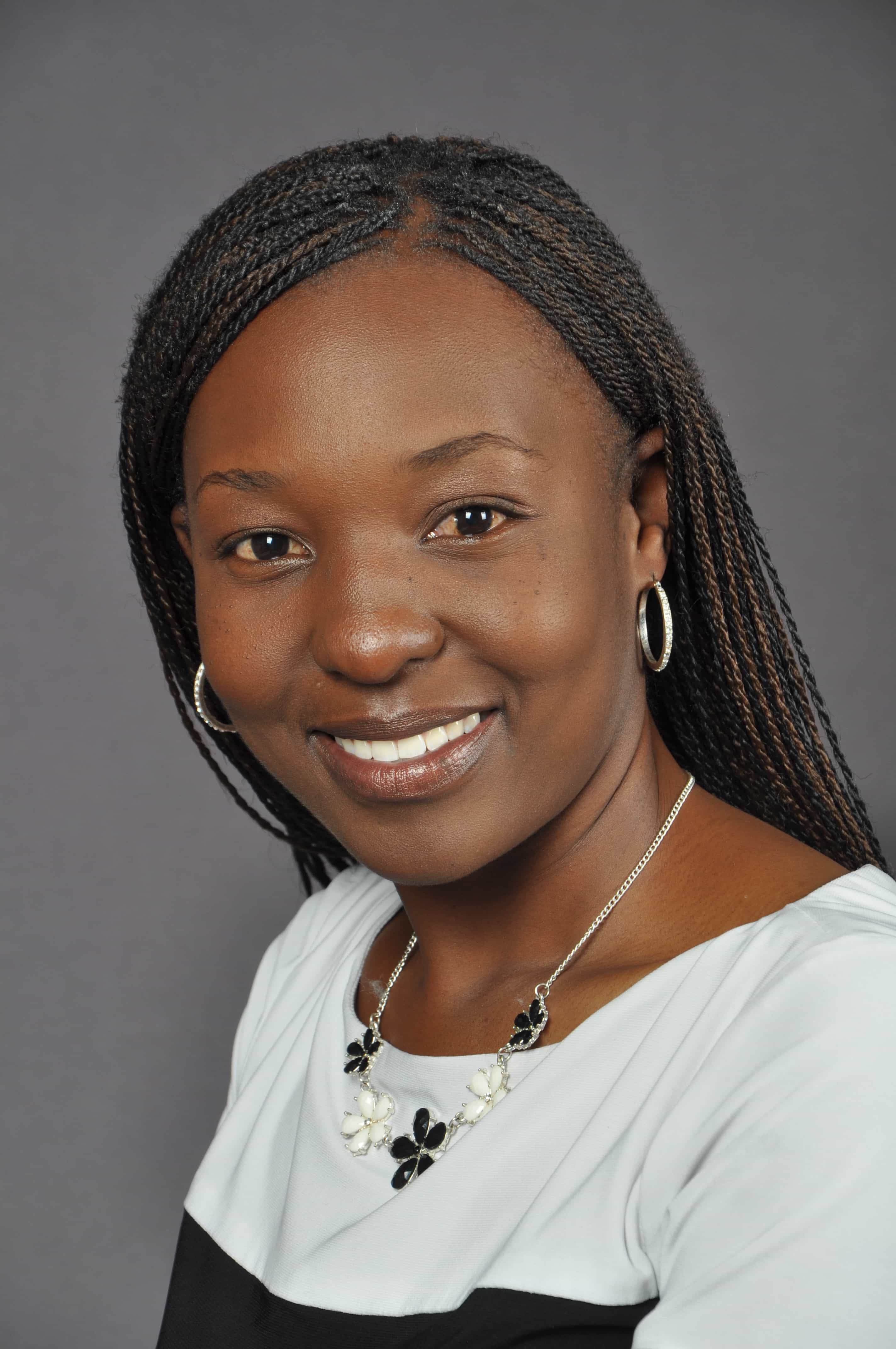 Marlene has more than five years of experience in the nonprofit sector, and earned a Bachelor of Accountancy honors degree from Bindura University of Science Education in Bindura, Zimbabwe. While working as the Finance and Administration Officer for Footballers Union of Zimbabwe (FUZ) for the last three years, she implemented finance and administration systems and has coordinated the organization’s projects and activities. She has acquired strong management and interpersonal skills, and has learned how creating new partnerships can improve organizations, with special mention to partnership with the U.S. Embassy Harare. Previously, Marlene worked with the National Movement of Catholic Students as Finance Officer and prior to that she was with the Students Solidarity Trust as Assistant Accountant. Marlene was elected as the first female Vice President of Bindura University of Science Education for the period 2007-2008. She was also elected into the Zimbabwe National Students Union executive as the first female Secretary for International Relations for the period 2008-2010. In 2010, she received worldwide votes to represent Africa in the World Youth Movement for Democracy through 2013. She enjoys project planning and coordination and implementation, particularly the fundraising aspect. She has a strong passion for leadership, youth empowerment, and human rights. 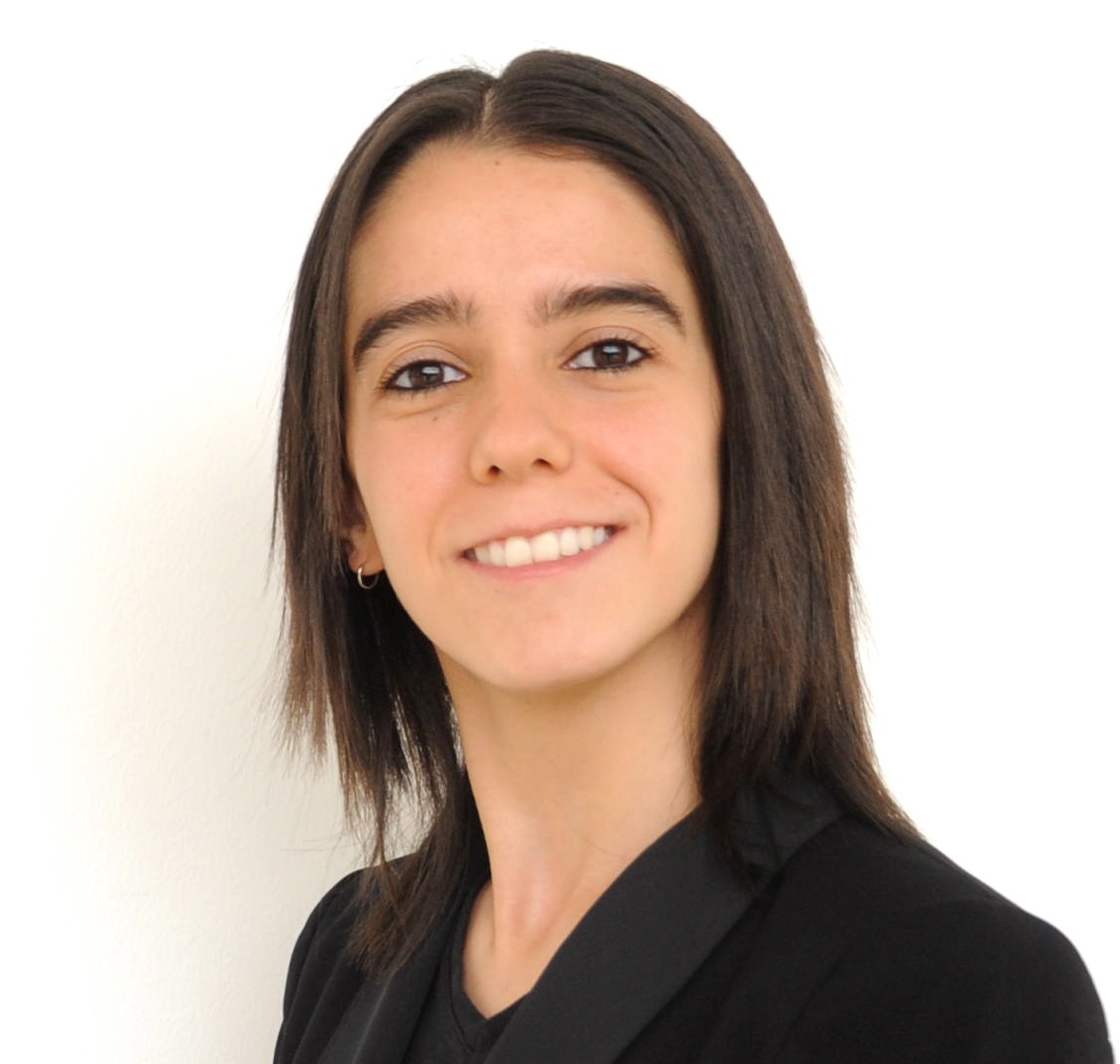 Teresa Gonzalez has ten years of experience in the nonprofit sector, and earned a Bachelor of Arts Honors Degree in Communication Studies from the Monterrey Institute of Technology and Higher Education, in Mexico City. She also earned a Master of Arts Degree in Cultural Engineering from The European University of Madrid, in Spain. 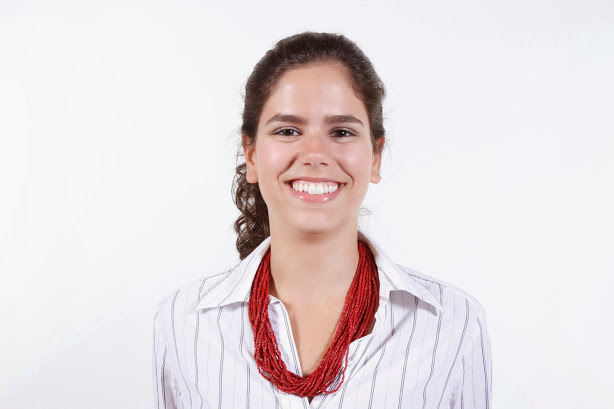 In 2008, she helped the implementation of community banks in São Paulo, which are microfinance institutions run by grassroots organizations in order to improve local development. In 2010, Mara studied political science at the University of Santiago the Compostela in Spain for one semester, and when she returned to Brazil she joined the Institute for the Development of Social Investment (IDIS) as an intern supporting formulation of fundraising strategies and trainings for nonprofits. In AIESEC in Brazil, she was part of the national executive board supporting program development and managing national partnerships, while in Egypt she joined Youth Initiatives Team at UN Women focusing in supporting university student’s engagement. Her last assignment was as an Edge Growth Business Associate working for one of the top incubation center’s in India, CIIE (Centre for Innovation Incubation and Entrepreneurship, which fosters innovation-driven entrepreneurship. There she was a member of the ecosystem development team and has helped organize the Global Entrepreneurship Week (GEW) India and developed knowledge management processes for the organization. As an engaged activist and through many volunteer and work experiences, she developed strong project management skills, which she hopes to use to improve women’s rights, youth empowerment and fight poverty in global scale.

Role at Host Organization: Mara will work at the heart of the initiatives, programs, and activities most critical to YPFP’s success – fostering the next generation of foreign policy leaders by providing young professionals with the knowledge, skills, exposure, and relationships they need to tackle critical global challenges over the course of their careers. 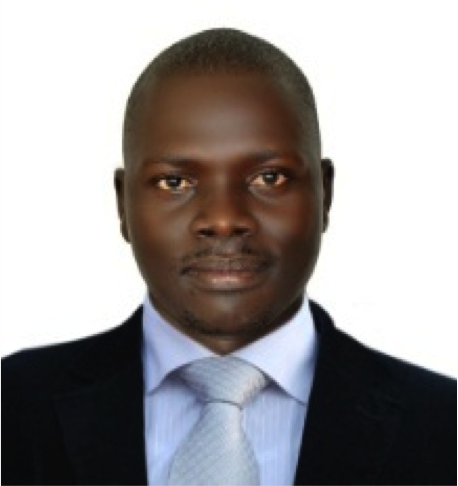 Justin has in worked in the nonprofit sector in South Sudan for eight years. His area of expertise is in management, enterprise development, inclusive agriculture value chain development and Institutional/Organizational Development (ID/OD). He holds Bachelors of Science degree in Food Science and Technology from Makerere University in Uganda and Master of Science degree in International Natural Resource Development from Bangor University in the UK. Justin has extensive knowledge and experience in agribusiness and natural resource development. Over the years, Justin has worked with communities to build their entrepreneurship potential and help resolve natural resource related conflicts. He has worked with SNV Netherlands Development Organization as a Country Sector Leader for Agriculture. He has demonstrated experience in innovative initiatives for commercializing rural agriculture for the benefit of smallholder farmers. Justin led the implementation of agribusiness management and vocational skills development among youth through mentoring, training, joint planning, and coordination. Previously he was part of a team that set up an Agriculture Training Centre, as part of the South Sudan Agriculture Revitalization Program (SSRP) in 2005, a project funded by USAID, implemented in a consortium of Catholic Relief Services (CRS), Chemonics and Government of South Sudan. Through these experiences, Justin developed strong leadership, management, implementation and monitoring skills. Justin enjoys focusing on the topics of inclusive business, gender sensitivity, agribusiness, human rights, and international development. Justin also has a strong passion for women and youth economic empowerment.

Role at Host Organization: Justin will be assigned business development/client services roles to work on growing the STEMconnector client base and expanding its corporate outreach. His role will include supporting STEMconnector’s strategic outreach to service existing and potential clients. He will work on tasks including researching corporate social responsibility programs of major corporations, funding streams from government and foundation grant possibilities. Additionally, Justin will be an integral part of the STEMconnector team, contributing to their website by updating existing content and generating new research-based content. 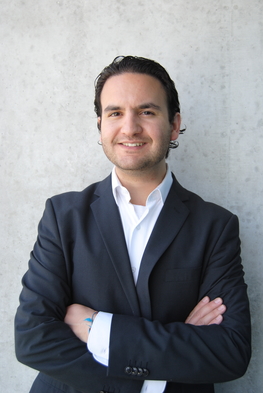 Arturo has three years of experience in the nonprofit sector. He earned his MA in International Relations from Macquarie University in Sydney, Australia, where he was awarded with the Vice-Chancellor’s Commendation for Academic Excellence. He received a BA in International Relations from Tecnologico de Monterrey, where he graduated top of his class and received the highest honors for his performance in dramatic arts and social development projects. In 2013, he started LiberArte, a social development project that stimulates human expression in teenagers living in vulnerable communities through creative and artistic education. Arturo designed activities and imparted practical and theoretical courses for the program, as well as managing a group of volunteers. His project emphasizes on mentoring young people and giving them the opportunity to express their own personal story, their feelings, their daily hardships, and providing them with information regarding sexual health, drug addiction, violence, and professional orientation. He has volunteered in three different social development programs in Mexico, ranging from rural education strengthening, to community values communication in urban environments. In 2011, he received the “Best Student in a Social Development Program” award from the Institute for Sustainable Social Development at Tecnologico de Monterrey for his participation in a performance arts education program for people of all ages without any access to art sources, he later went on to coordinate this program himself. In the same year he also started and managed a social project, where volunteers implemented human rights education through artistic activities. In 2010, he conducted research and published a paper on the causes, effects and victims of unconventional gender violence in young adult couples in urban settings. Arturo is very passionate about innovative social education, making art a social right, building peaceful relations among conflicting groups, and fostering gender equality.

Fellow Role at Kids’ Food Basket
Arturo will join Kids’ Food Basket (KFB) in Grand Rapids, Michigan. He will represent KFB in the community and perform several outreach efforts to communicate what KFB is all about to distinct audiences and community sectors. He will also participate in the daily operation and the management of volunteer groups. 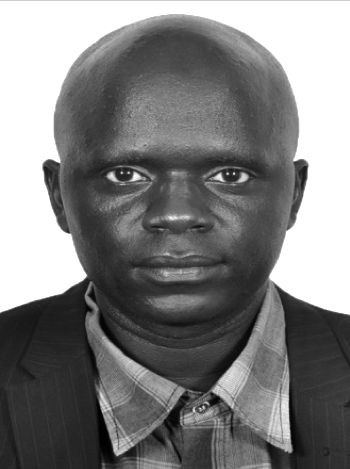 Alimure Ali is a prominent nonprofit organization practitioner with eight years’ experience working with USAID governance projects in the Republic of South Sudan. Alimure is skilled in identifying and advocating for persistent community issues for immediate government intervention. He has a long history of liaising and building relationships with national and state government institutions, international organizations, and other appropriate stakeholders to detect program synergies and increase impact of good governance in South Sudan. He worked as an Assistant Program Manager for the National Democratic Institute for International Affairs (NDI), a position that he assumed after holding several others in the organization. Alimure built the capacities of government officials, civil society organizations, and other appropriate stakeholders through workshops and trainings. He has trained and mentored government officials good governance initiatives best practices, budgeting, and work planning processes. Alimure holds a Bachelor’s Degree in Democracy and Development Studies from Uganda Martyrs University.

Role at Host Organization: Alimure will contribute to the planning and preparation of the World Movement for Democracy’s 2015 Assembly in Accra, Ghana. Alimure’s work with the Africa Program will include intellectual contributions to the analysis of our South Sudan portfolio, research support on thematic and regional issues of interest to the Fellow and the Africa Program, and participation in team meetings and events at the Endowment.