On the 15th of July 2021 an 18 year old girl called Anna Machaya died while giving birth at the Joanne Maranage Apostolic Church in Zimbabwe. Anna is one of the thousands of girls taken away from their homes and education to serve as wives in Zimbabwe’s largest Pentecostal church. Anna was taken away from school when she was 14 years old and since then has been dubbed the wife of church leader Evans Momberume. In 2020 she fell pregnant and once she carried to term her labor was facilitated by other women in the church. Due to complications and lack of medical attention Anna passed away and was buried the same day. No law enforcement was contacted and no death certificate was taken. The Joanne Marange Apostolic Church is easily the biggest perpetrator of human trafficking in Zimbabwe, effortlessly operating across the country in clusters of communities made up of usually one husband, several wives, and many children. The church does not believe in education, contraception, health intervention or the agency of women. Once young girls turn as early as 9 years old they can be assigned to a leader and be expected to carry out wifely duties for the rest of their lives. The lack of documentation in a country like Zimbabwe has made it extremely easy for children to be removed from the system without trace or questioning. Rural populations report that some have had difficulty getting birth certificates for decades. This means there are generations of people living without identification and that is the number one reason why when Anna Machaya died social media trended with #JusticeforMemory who is actually her younger sister. The lack of a normal functioning system across birth registration and education is not what is to blame for child marriage in Zimbabwe though. While shocking and unfortunate that an 18-year-old was let down by several people at many levels and subsequently had her identity mistaken, at the crux of the issue is the prevalence of sexual violence, disregard for women and girls and autonomous beings, and harmful cultural and religious practice in Zimbabwe. There are currently several pieces of legislation that have not only allowed the marriage before age of consent but policies and processes that have been normalized despite how they have manifested against women and girls in the country. The Domestic Violence Act, The Criminal Code, The Termination of Pregnancy Act, The Constitution, The Marriages Act, and The Customary Marriage Act: all working together to maintain a violent system that takes over the lives and bodies of women. In 2018 child marriage was so prevalent the highest numbers showed provinces with up to 54% of girls being married before the age of 18. And in a political mess and economic downfall, it is hard to tell if there will be freedom for girls or justice for Anna or anyone else like her. We have been left with only one fighting ground and that is digital media. 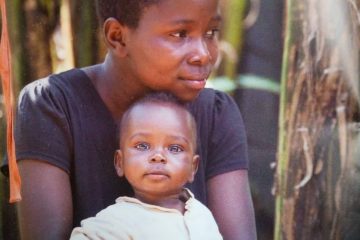 Overcoming gendered nutrition gaps can be a critical part of the path to girls and women’s social and economic empowerment....