Where is the empathy in gentrification?

Four years ago, in 2014, I was on a study tour of Washington, D.C. I had to see almost all parts of the district. While talking to the locals, I had to hear comments about some areas in this district is not safe. You can’t go out midnight, as there might be high chances of getting robbed. I had to hear such comments about underdeveloped areas such Waterfront, Southwest part of D.C.

When I came back this year in 2018, I got the opportunity to live in the exact area – Waterfront; which got me scared at first because I had all those comments in mind. Then one day during a discussion with a neighbor, I heard the word gentrification.

Gentrification, a word devised by a sociologist Ruth Glass in 1960 is a famous subject of today’s affairs for scholars, writers, media, professional, and policymakers for urban planning and local developments. This term was first used by Ruth Glass based on the shift that she observed where middle-class people began moving into traditionally working class in many of the London’s neighborhoods.

When thinking about gentrification, words such as development, demographic change, urban planning, demography, local development, and displacement comes into mind, and many discussions have been centered on them. It is indeed a positive word when one look at its definition, but the ground situations portray the opposite image to the way gentrification has been propagated by different scholars, writers, and agencies.

Building new infrastructures are quite a sign of development and development is crucial for the living. But along with such developments, there is a need for sustainability too. Developing a specific area affect its residents and ultimately leading them toward displacement say a lot about the decision making and how each decision affects the local people. In fact, every wise person will agree with gentrifying neighborhoods, but not with the displacement of original residents that this causes.

Daniel, a 60-year-old homeless, says that it’s hard to believe that this is the same D.C where I grow up. The community that I had in childhood, half of them displaced when I was 30, and now at this age, the majority of his community members have been displaced to Maryland and Virginia. According to him the reason to displacement was the increase in housing rents due to gentrification and the influx of rich in our neighborhood.

It’s not only the case of Daniel, who is no more able to see many of his community members because of displacement but, it’s the case so many in D.C. Most of the low-income population in gentrified neighborhoods in D.C has displaced to other areas where comparatively cost of living was not so high.

Ideally, gentrification is necessary, only, if it brings sustainability in the area in the shape of creating more job opportunities for the locals, affordable housing, and have the input of locals in the decision-making process. If it’s not sustainable, we may call it a social death for many. It’s up to the decision makers who have to between sustainability or social death. 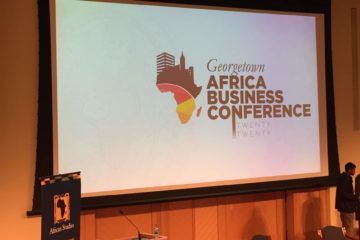 The story of African economic growth has topped world conversations for a long time. Yesterday I got to interact with... 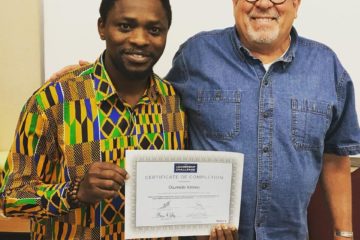 Leadership is not about personality; it’s about behavior—an observable set of skills and abilities. Leadership Challenge My time at the...