Virtual Reality is an impressive technology that considers immersing users in new virtual worlds for many purposes as entertainment and education. Nowadays a new domain is emerging for virtual reality which is fundraising.

Clouds Over Sidra is the story of a 12-year-old girl who has lived there since the summer of 2013. The film follows her to school, to her makeshift tent and even to the football pitch. 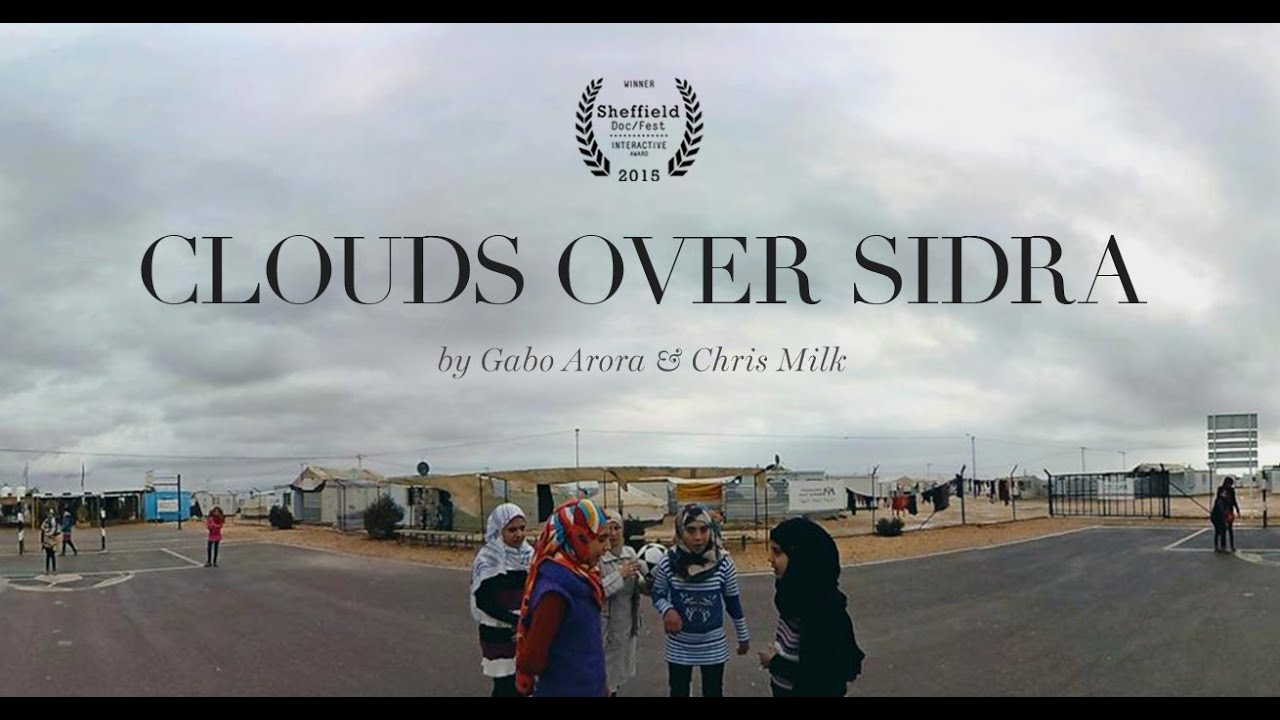 Clouds Over Sidra was initially created to support the United Nations Secretary-General’s MDG Advocacy Group’s call for partnerships to build resilience in vulnerable communities. It’s first-ever ever film shot in virtual reality for the UN, using the medium to generate greater empathy and new perspectives on people living in conditions of great vulnerability. Its powerful capacity to allow anyone on a global scale experience life within a refugee camp has the ability to inspire the message of hope among not only the millions displaced but also those motivated to act.

The film premiered at the World Economic Forum in Davos, Switzerland with supporters including UN Secretary-General Ban Ki-moon and Norwegian Prime Minister Erna Solberg among other dignitaries. Since then, it has been widely used to advance the UN’s advocacy for the Syrian crisis. It was screened at a high-level donor meeting prior to the Third International Humanitarian Appeal for Syria in Kuwait in March 2015, which eventually raised 3.8 billion US dollars. The UNICEF education team has used it to showcase the need to support children’s education in crisis situations at important education forums in the lead up to the post-2015 summit.