The unfolding political developments in my country is a cause for concern amongst Ugandans at home and abroad. What Uganda is experiencing in the aftermath of the Arua’s by elections is nothing new because it is manifestation of years accumulative anger, frustration and disappointment. The only twist in this latest potential explosive political development is, that all the groups; young, old, foreign and domestic opposed to President Yoweri Museveni’s 32 years of what analyst in East Africa termed as ‘’ iron fist’’ have come together for a similar cause.

Rebel with a Cause?
Ugandan member of Parliament for Kyadondo East Robert Kyagulanyi also known as Bobi wine, represents over 70 percent of the young people in Uganda. The 36-year-old ghetto kid who has risen through the ranks, is seen as independent of the current supposed dirty politics.
He speaks a language similar to the youths and his ‘’Peoples’ Power’’ movement, is the cry for better leadership, improved service delivery, job security, to mention but a few.
Bobi Wine speaks what he has experienced. That is why his music did resonate with lots of young Ugandans who are familiar with the issues he raises in his music. The majority of the Ugandans understands him because he is one with them.

Future of Uganda
Political commentators have said very few Ugandans are beneficiaries of Museveni’s rule. The majority of Ugandans have lost hope in the prospects for a better future. There is an influx of young girls and boys to the Middle East as domestic workers, most of whom decry poor treatment, exploitation and poor pay. There is increased number of Ugandan asylum seekers in the western capitals looking for opportunities and better pay.
This is but a small example of frustrated Ugandans who are aware of the dangers, but despair drives them to try out the proverbial land of honey, even when they are aware of the bee stings.
For over 10 years now young Ugandans have increasingly felt disappointed in the system in their country. Majority of the disgruntled young men and women were either born at around the time the National Resistant Movement (NRM) government came into power and have known nothing but the current government. The love, Ugandans once had for the president Museveni has increasingly turned into the need for change, given the regressive system. Even if Museveni steps down from presidency in Ugandan, analysts says most Ugandans don’t feel there an alternative leadership.

Arua Elections
About 40,000 voters in Uganda’s Arua Municipality casted their votes ballot to pick a replacement for their late MP Ibrahim Abiriga. Mr Abiriga, a National Resistance Movement MP, was brutally assassinated on June 8 near his home in Kawanda, Wakiso District.
The results of the election were in favor of an independent candidate Independent Kassiano Wadri, for whom Bobi Wine went to drum up support, were arrested alongside two journalists and more than two dozen other suspects. The arrests followed confrontations between security forces and Opposition supporters in which Bobi Wine’s driver, Yasin Kawuma, was shot dead and six others sustained gunshot wounds.

Peoples’ Aspirations
That incident escalated a popular resistant movement spearheaded by Bobi Wine who was beaten, allegedly tortured, charge with posing fire arms and treason. He has since denied the charges and vowed to fight for change in Uganda
The struggle for change in Uganda has led to diversionary politics and Ugandan stands on a cross roads without knowing the wind of change may be imminent. Political analyst in East Africa have forecast a looming political landscape given President Museveni’s bid to run for elections in 2020. Some of the analyst have said Ugandan’s ugly politics is building is becoming her own number one enemy.
Bobi Wine may not be the political messiah, but his popularity fits into aspirations a population that is thirsty for a change and he might be the change Ugandans need desperately. 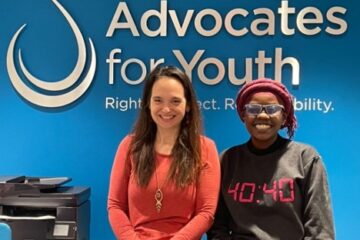 Today we share the story of Advocates for Youth and their experience with Atlas Corps Fellow Pearl (Class 42, Uganda).

Many of us have probably experienced a season of working from home since the COVID-19 pandemic broke early last year,...