The solution to end poverty once and for all

The title of this blog might seem unrealistic but believe me when you read this you’ll know it’s possible to end poverty and it has been done in the past but nearly everyone forgot about it.

I want you to think about a situation where you give say a dollar to a homeless person. Is this Dollar making any difference? He’ll take the money and will have a good meal for one or two times and then he is back on the street asking for more money. I’m not saying to stop giving it to them, you should try to help them as much as you can but this change is temporary think of a permanent solution and imagine it for a minute whatever comes to your mind.

You might have imagined it right that yes there should be a permanent or regular source of income for them but the new question is how?

If you think you understand poverty better than the poor themselves you’re wrong. Some people think that by giving them food, clothes or giving them some money to spend will help them. For a short time period, yes! It’ll help them but they will still be poor. So you are helping someone which is good but you are not ending poverty. A Canadian city named dauphin once eliminated poverty and nearly everyone forgot about it.

Between 1974 and 1979, a small number of poor resident of the city were selected to be the part of the project that ensures basic annual income for all of them. For five years monthly cheque were delivered to all the poor families taking part in this project, and for five years poverty was completely eliminated.

The project intent to evaluate that if giving cheque to working poor, enough to fulfill their basic living wage, would kill people’s motivation to work turns out it didn’t. But due to change of political powers the new government ended the project in 1979 and a final report was never released.

The program was called Mincome. A family of mother, father and their six children in Dauphin tells about this program that MinCome provided them with financial stability and a sense of stability. There was always food on the table. The bills were paid. The kids stayed in school. In five years, Mincome helped one thousand Dauphin families who fell below the poverty line earn a livable income. When the project ended, locals didn’t make a fuss because they knew the cheque were temporary anyway.

“Some people thought it was like charity, It wasn’t really charity, it was need.” said the mother of the family of 8 people.

Another aspect of this experiment was that they analyzed the basic income and gave the money to the families not to tell them how they should spend it.

Later in 2005 Dr. Evelyn Forget found those documents and worked with it. Here is a video of her presentation at Basic Income Guarantee (BIG) Conference 2016:

WHY PEOPLE ARE POOR?

Scarcity Mentality is a scare that comes with the thought of not having enough. Poverty is not lack of knowledge. Poor are making poor decisions because they are in a situation of poverty. If we place any of you in this situation you’ll act the same. Hey! But I’m not saying that Eldar Shafir conducted an experiment with the sugarcane farmers in India and found out these results.

So everyone is poor if they are in a scarcity mentality. Scarcity comes not only with money it also comes with time. Mincome was basically working as a venture capital for the poor people. When people are under financial scarcity they take bad decisions like:  Payday loans or a debt trap.

Suppose you needed $200 loan and based on interest you have to pay $250 back in 2 weeks and when it comes to paying it back you are not richer than you were yesterday, you just needed those $200. So what happens is that you are in debt and you take more loan to pay the previous loan, and this way you are trapped and you become bankrupt and poor.

Studies have showed that 75% of the loans taken is to pay the previous loans. This is how they make the rich richer and poor poorer. Rich don’t borrow money very much loan but when they do it doesn’t hurt them that much. But the poor borrow money more frequently and they pay the high debt.

The trade-offs of financial scarcity is thinking “If I buy this, what do I not buy instead.” Eldar Shafir explains it in a metaphorical way that imagine you have a small suitcase and in order to fit in a new item you have to decide which item I should throw out. The temptations that comes with financial scarcity is “Basic goods turns into luxuries”.

The basic income guarantee have shown perfect results in the past and it is the solution for today.

BIG is a basic income that will cover your food, shelter, medical and education etc on a monthly basis. So now with facts you know the solution to end poverty what are you going to do about it?

One thing you can do is to join Mad Number (http://madnumber.org/) with whatever skills you have and contribute in a platform that is under development and will be addressing this issue OR I leave you with a question that what do you think would be a good solution young leader can do in order to solve this issue? 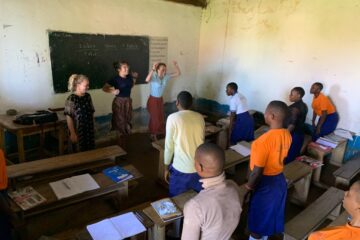 Did you hear that Atlas Corps is also known as a “reverse Peace Corps”? That’s because while Atlas Corps brings...

Reading Through Quarantine, My Top 10 Reads 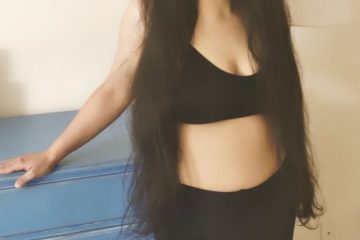 Lockdown Liberation #1 : Embrace the Beauty with a Sense of Style and Care

This is the most interesting phase of our life; in my opinion – the crisis is not a period of...