Random thoughts on the Ice Bucket Challenge: can it be pink ribbons or yellow wristbands?

A recent amazing viral campaign, the Ice Bucket Challenge has attracted many celebrities, politicians, and ordinary individuals from all around the world and generated huge amount of dollars for Lou Gehrig’s disease charities, the ALS association particularly.  As I have worked as a fundraiser, marketer and campaigner, I am very jealous of the campaign.  It should be a kind of life dream for any fundraiser to develop huge campaigns with great success and almost free marketing cost like the Ice Bucket Challenge.  According to the Time magazine, the ALS has raised $79.7 Million until now.  Considering that it started on July 29, it generated significant awareness and funds for the disease in a very short time.

There must be lots of key success factors made this possible, but I would like to focus on a tool they used: nomination.  In order to spread something, making supporters nominate for next supporters is not new at all.  I would say this is one of traditional ways of campaigning.  Then what makes this totally different from past campaigns? 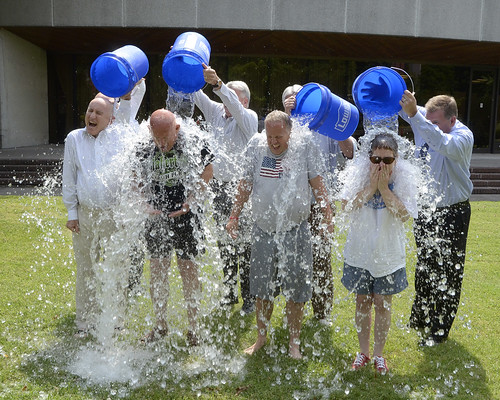 Besides a perfect and compelling story behind the campaign, I think Facebook would be the most important contributor.  Facebook made the voice with supporter’s fun videos spread quickly and cross borders. Even a decade ago, referral campaigns typically were planned as at least a half-yearlong campaign, since it took a lot of time. It was not easy to track relaying participants, and it lost them sometimes.  What about now?  If you upload a video, your hundreds of friends can see and share it with their thousands friends.  It’s amazing that the Ice Bucket Challenge took only a couple of weeks to be expanded to all around the world.