September 2016 – A male colleague came up to me and complained how Khaadi (a predominantly women’s clothing brand) did not have any reserved space for male customers on a Mother’s Day sale. I failed to see what he was upset about. That Khaadi did not cater to his sense of entitlement or he felt the way every female in Pakistan feels in every public space in the country.

A case of fragile masculinity or rightful concern?

March 2017 – I was on a domestic flight from Lahore to Multan when I heard a female voice come over the Intercom, “Ladies and Gentlemen, all the runways of the Multan International Airport are occupied for a military exercise. We will be circling the area until clearance is given. I thank you for your patience and cooperation”. I realized in that instance, this flight pilot is a female and I am not sure how I feel about it. I was under the illusion that I was a part of a diverse group, but I was harboring unconscious biases – I expected (almost wished) for an experienced male pilot to oversee the flight I was on.

At 10,000 feet one can’t explore the option to get off the plane. But is the idea of a female pilot empowering or daunting?

February 2019 – A fellow asked me why I wasn’t actively seeking out the Pakistani community in DC. I was midway through the not-so-halal spicy chicken wings when I replied, “Why would I? There are enough Pakistanis where I come from”.

It was an odd answer in a rather odd moment. We all have a natural propensity to be in the company of people we can relate to the most. It’s a great protective bubble. Being around people who share the same dress code, culture and language will make my life easy, with convenient access to halal chicken.

Why is it naturally assumed that people wish to be surrounded by those like themselves?

I’ve only traced a limited timeline but the more I reflect the more incidents I recall. I’ve not always been as inclusive as I’d thought of myself to be. I’ve certainly had my fair share of biases over gender, language and even physical appearance. Was I being shallow or just human? I can’t answer for myself but what these do represent – my blindspots. The various aspects I have been unknowingly excluding.

“The first step towards change is awareness”.  I am going to be more aware and address my blindspots. Maybe I can give the reader of this post an opportunity to reflect and do the same. 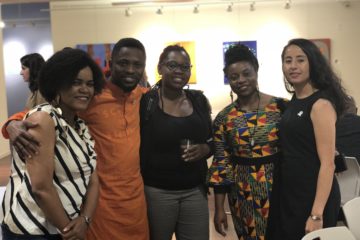 Building a Sustainable Community for All 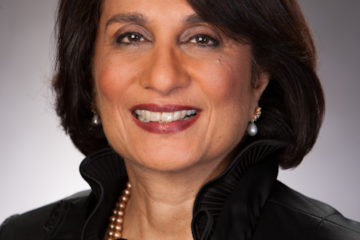 Before arriving in DC, I set up three goals for myself; Educate, Experience and Explore. Educate international friends and family about my...