This is going to be my last post as an Atlas Corps Fellow, but probably not as an Atlas Corps member! Over the past 17 months, I have gained a lot of new experiences. This fellowship was so enriching on multiple levels, from the personal to the professional. And now, as I am preparing to leave the United States in almost exactly a month from today, I think of the amazing people I met along the way, the destinations I visited and discovered and being to 12 states which is exactly the average number of states an American visit in his/her lifetime, and the fact that I also went to Cancun Mexico, my first Latin and Caribbean country to visit! I got to live for the first time away from my family and start up a new apartment from contacting energy suppliers to supply us with electricity and gas after living for a week without them, and assembling IKEA furniture while moving other stuff inside what became my new home. I have experience living in a cold, windy and snowy city and got used to it, and to be honest, I don’t know if I will handle the humid and hot long summers back home after living in Chicago for a year and a half! I tried new cuisines, met people from different cultures and backgrounds and became friends with them. One of the most important things is that I was able to change my perspective as Atlas Corps motto says. Things that I took for granted took a great part of my thoughts and stories that didn’t relate to me personally became important and I spent nights researching and getting to know them.

In the time being, I am trying to be as proactive as possible, I am looking forward to go back home after this period. Living in the United States was a very good experience to me, but living as a fellow is limited in terms of time and resources. I have started applying for jobs all over the world. My next goal is to get a good job that will set me into my career as I need to be seasoned in one of the main operations area in the nonprofit sector. What I am hoping from this experience is that it will open a better opportunity for me and be the door into stepping to a better role in my next mid career job.

WHAT NEXT AFTER THE FELLOWSHIP?

An inner glance at work and academic progress upon completion of your fellowship. Thinking ahead is a necessity yet an unappealing... 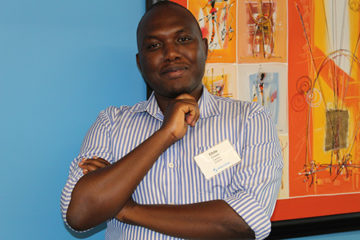 Three Building Blocks to Consider Before Scaling Your Non-Profit

You set up a non-profit organization with a sound mission. You are even killing it, maybe even winning awards. The...

Today, I walked in on my colleagues talking about a story that was in the news about a high-school teenager who committed suicide because he was being bullied in school…