Is the Tech World Emotional?

While some conventional techniques may be employed, having skills that consider the environment and the emotional impact of emergencies on teams and individuals is crucial.

The blog is to encourage all developers, those who wish to become developers in dealing with and respond to the emotional distress that will come during your journey and acknowledge it.

For amateur developers planning to work in such environments, it is recommended that you reflect on whether you envisage being in leadership roles or might need to understand the role of those under whose management they will work. The guide is also recommended for your respective workplaces and for all levels of developers to improve their development, leadership, management skills.

The tech skills are easy to learn, anyone can learn, master, code accomplish many coding challenges but, are you able to control your emotions? Are you ready to accept and deal with them? The soft skills in tech are not taught; it takes experience, curiosity, self-control, discipline, technique, habit, and determination, just to mention a few. Most importantly, you should be aware that you are allowed to be emotional.

Payjian is an app developer in one of the world’s topmost tech companies; his salary and benefits are unmatched to anything you know. Payjian accidentally spilled coffee on his laptop, this caused serious damage to the hardware and total loss of that days’ work because he had not backed it up, the client was waiting it was due in two days; the department was relying on him to deliver. His manager emerged when he had him scream and curse across the room; when he found out what happened he calmly asked Payjian to take a break and relax it was just an accident but Payjian was too angry he regretted going to get coffee, regretted not taking coffee at home before work, regretted not taking coffee in the kitchen.

Payjian is good at coding; however, his manager encouraged him to take up a short course, read and exercise emotional intelligence to help him deal with situations such as coffee accidents while working. Technically trained programmers exist in the professional market. However, different emotions play in their lives as they go about their work. Managing emotions plays a vital role in defining their success professionally as a programmer.

I once walked into a room full of excited 8/9-year old’s ready to learn scratch programming for their robotics activities. Something was amiss my training partner responsible for getting the class started was late and never bother to inform me (that is how I felt at that time). The training began while my emotions were still running high with negative energy, all I could see were kids who couldn’t master what I was trying to teach them, but I wasn’t showing the whole time I am clouded in my disappointment with my team.

After two hours of a disconnected class, one child called out and asked me if I was feeling unwell? It brought me back to your senses. They had felt the negative emotions in my voice and understood that I am human, not a robot and that maybe I was unwell. Long story short, we began the class again, a lesson where everyone was learning still!

To be a better developer/programmer, manage your situations, do your best not to take it out on others, reduce the blame game they know you are human.

What should be your daily reminder? You are qualified, skilled, and able to do things; not everyone is capable of doing. If you do not tackle a challenge successfully, the first, there are more than a hundred more opportunities to do it even better—Pat yourself on your back move on to the next task.

If you want to learn stuff, you’ll encounter problems and most probably get stuck at some point. This attitude prepares you to be more reliable and wiser in handling issues as they come with your code and anything else.

Because learning is lifelong in the industry, it is impossible to grasp everything in a single move, don’t burn yourself out; do your best to celebrate every only victory learn from each frustration. But you’ll get over it in the end. It will make you healthier and wiser. Effects of lingering over things that did not work out well with your code

While this story is not exhaustive most of the effects are mentioned;

Whenever I played tennis and lost several match points (continuously) that I feel should have won or made errors I lost, even more, my mind is with anger, frustration, and disappointment at this point. Once during a determining match with a crowd watching the game, I was 4(4-0) times behind my opponent with no chance of making a comeback. At this point, I decided I will do something different, remain calm, play easy points, clap for myself, and just be at my best with every aspect. In twenty minutes, I won the match (6-4).

Remaining calm, recollecting yourself, organizing your ideas and thoughts makes a difference. However, it happens when you refuse to allow frustrations, anger, and negativity to cloud your moment; the results will mean a reduced proficiency on your end to deal with the job.

When you finally win that big deal to develop a website, an app, but you don’t know where to begin. How your project kicks off is essential, and a determining factor for your emotional well-being thought the project.

When I was learning CSS flexbox for the first time I simply couldn’t understand simple actions like display styles, position, padding margin, etc, it was frustrating to see other people do this with so much ease yet I couldn’t master this. I went out for a walk, took a long warm shower, and started scribbling the magic words on paper and typing out and running one action after the other. The result as you can imagine was magical and fulfilling. It was worth it, after all, I just needed a break!!! 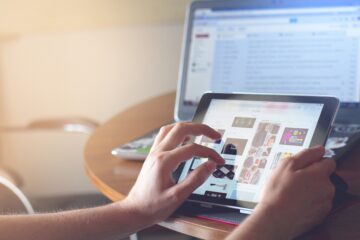 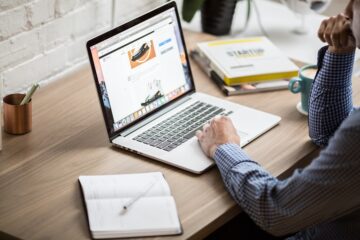 5 TIPS TO BE MORE PRODUCTIVE WHEN WORKING FROM HOME

People initially enjoyed the idea of working from home and took it as an opportunity to pass some quality time... 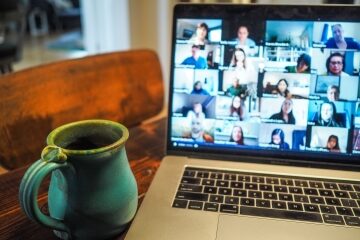 A few months ago, I wrote about my experience hosting the July Atlas Corps ‘People Power Hour’ session here. The...