Child abduction and killings are an international phenomenon, but in Pakistan, child abduction and murder cases paint a chilling new portrait. The rising instances involve strangers and known people who target children as young as two, who plan an approach to abduct, rape, and kill them.

In response to the six-year-old ZAINAB murder case parliament of Pakistan took reactive measures and passed the Islamabad Capital Territory Protection Act in May 2018 which facilitated the creation of the Child protection advisory board (CPAB) and establishment of Child Protection Institutions (CPIs). The purpose of the board and CPIs was to asses the needs of child protection and developed childcare plans. With no surprise,  it took government almost a year to establish a child protection board, and also we cannot see the development of CPIs soon.

Recent abduction, rape, and killing of three children in an eastern district of Pakistan pose severe questions on the performance of government in terms of steps they took after the ZAINAB murder case.

In August, CPAB did hold its first meeting and discuss briefly the plan and approaches board is planning to take to address this issue. In the meeting, the board talks about proactive approaches to address the issue but sadly the component of IT was missing in the discussion.

Technology has evolved around the globe and impacted societies deeply to their roots. Digital devices (i.e., smartphone) became as necessary as food for a living, and it would not wrong say that smartphone has become an organ of the human body. That does not mean we should give a smartphone to an infant. Doing this would be impractical and will result in the creation of tech-obsessed dead teen generation who would emerge only to charge their devices.

But IoT devices can surround a child and make their protection easy and hassle-free. IoT devices without distracting children from their regular activities can exist and work in the background for their protection. No matter whichever social class children belong, they commute to and fr: from school to playground and extracurricular activities, and in the current situation of Pakistan, it is a matter of concern. For any parents, it is a priority to ensure the safe commute of their ward. In the extreme case of kidnapping, support often comes to their aid but couldn’t achieve desirable results. But, with IoT-enabled wearables, this mammoth task can become a bit easier for the parents and the agencies involved.

Our consistently changing world makes children security the main worry for any parent. Streets, shopping centers, gardens, schools, and even our very own homes—nothing is 100 percent secure. The reasons and the level of peril to a kid may shift, starting with one then onto the next, yet they are always present.

The government should include IT, primarily IoT based devices, in child protection and safety approaches and should also advocate parents on the use of these devices. 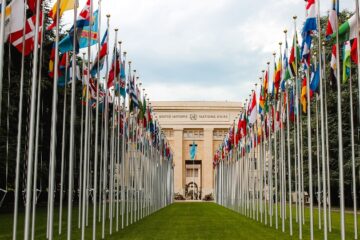 More than any other treaty in international law, the Convention on the Rights of the Child is the most ratified... 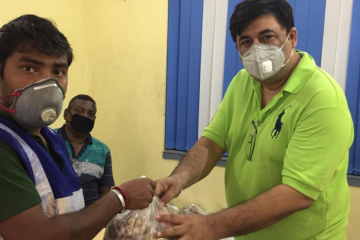 #BelieveinSuperheroes: Alumna Ensures the Safety of At-Risk Children And Marginalized Populations in India

Gargi works with UNICEF to ensure the safety of children in Bihar state, India. During the pandemic, she has continued to work with the Police Department and other first responders to ensure that children have safe living conditions during the lockdown.