Immersing myself in NYC classrooms!

When I first entered a school in New York City (NYC) – a public middle school in the Bronx -, I immediately felt like I was in a Hollywood movie. Long hallways, immense colorful libraries (yes, plural) with hundreds of books, and a huge cafeteria (which I have only seen in movies) – that could fit a rural public school from my country -, with a long menu of free meals every day for all students.

This experience was certainly repeated in every school in NYC I have stepped foot in, some with even bigger and more libraries and some others with even “private little libraries” in each classroom.

The second shocking moment when exploring the education system in NYC was the first time I realized the NYC Police Department logo on the jacket of the guard checking me in at a school in the Financial District in Manhattan, which made me think about the different safety challenges children face to receive education around the globe, even in those schools that for foreigners like me would seem like “from the movies”.

The third and most impressive and positive shocking impression has been the children and youth I have had the privilege of teaching and interacting with through my host organization’s flagship program Global Classroom.

As a Global Guide myself, I have had the opportunity to teach children and youth about my country, culture, traditions, social issues, and even games and food!

From a workshop where we played a culture and gender-focused version of the “Loteria” (a famous Mexican board game) where I included young Mexican women making history including a climate activist, a singer, and an Olympic gymnast; to teaching them through music about the issues unaccompanied migrant children from Mexico and Central America face, the reasons that push them and their families to take this decision and even the different terms they hear in the news including asylum seeker, refugee, and migrant.

The latter sparked a rich conversation and exchange with students as young as 10, of what solutions they could envision for children their age and even younger, that had to face fleeing their countries unaccompanied. While it was enlightening to hear their emotions when analyzing the “Immigrants (We Get the Job Done)” or the “Clandestina” songs, it was certainly surprising to later receive letters from some children telling me how I taught them things about their own country that they did not about before  – little did I knew there were some Mexican children in the classroom – or others even explaining how they understood their privilege of not having to leave their country alone.

Global Classroom has been one of the most enriching and personal growth experiences I’ve had the privilege to live and I couldn’t emphasize enough how much you learn and get from children if you open yourself to.

To my fellow active or incoming fellows in NYC, if you are eager to immerse yourself in the culture and society in NYC, become more empathetic, and you enjoy sharing about your country and even your personal passions (as music and immigration for me) this is the place to do so. 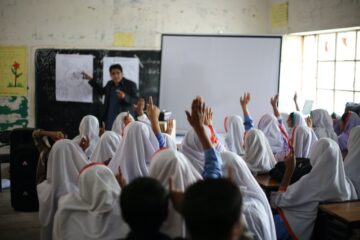 Qaisar currently works as the Executive Director at WANG Balochistan, a nonprofit. He provides leadership of the organization, designs programs, builds networks, and helps his team implement projects. 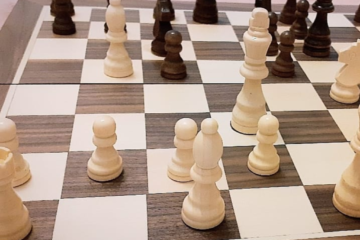