Huffpost ranks Boston-Cambridge-Newton as the 7th most segregated cluster in the United States. Is it true? It certainly is. I have been living in Cambridge for almost 8 months now and I know what if feels like to walk amidst a very noticeably white crowd. If it’s not surprising to you, it definitely was to me. Boston and the surrounding midget cities have around 22 universities and colleges in total which implies that the region must be fairly international. When I got here I heard someone say that every seventh person in Boston is Indian. That is true but just in areas where the cost of living is considerably less.

If you go South of Boston, the neighborhoods become more saturated with people of color. It’s not uncommon to see 6-8 people living in a 3 bedroom apartment because the city is ridiculously expensive. Let me give you a better idea of how expensive Boston is. There’s a revolving restaurant at the top of the tallest building in Boston – Prudential Tower. “The restaurant has been around for almost 5 decades now but in two months it will be closing down in less than 3 months now“, said my Uber driver a few days back. People used to spend 60-70 dollars per person to get dinner at this restaurant with the city view. However, for the past two years, the restaurant has been operating with a net loss; courtesy of staggering high rents in the B-town.

With an unemployment rate of over 9% for black people compared to a meager 5% for white people makes a person of color like me feel like 2 dollars. I remember an acquaintance say that Boston can make you feel from 2 billion to 2 cents in merely 2 minutes. Why? Here’s my list of whys.

ENTREPRENEUR JOURNEY: Your product and its ATTRACTION

Me: who’s first, the chicken or the egg? Newton: The apple ! It may be confusing… I agree! Even before... 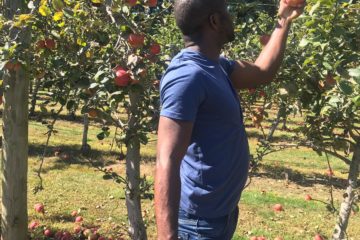 Serving in or Visiting Boston? Do These Three Things

One of the best places to live serve as a fellow –Boston. But it can be a nightmare if you...