How Pakistan Performed – An Economic Outlook

As per the Economic Survey of Pakistan, the economy of Pakistan has grown tremendously in  fiscal year of 2017 – 18 despite minor disruptions. The real GDP growth is recorded to be 5.8%, which is the highest of past 13 years. The economic progression prevailed all across the globe and Pakistan was no different.  The government remained focused on maintaining macroeconomic stability & growth, mobilizing domestic resources, increasing exports, balancing regional development and providing safety nets for the vulnerable groups. Pakistan performed better than the benchmark forecasted by International Monetary Fund (IMF) for many developed and developing economies.

An overview of the economy indicated that telecom sector contributed revenue worth Rs.235.5 billion in the first two quarters of the FY 17 -18.  The commercial launch of 3G and 4G LTE opened a new revenue stream for the mobile operators in the country. The growth rate grew by 3.8 percent in agriculture, industrial and service sectors.  Manufacturing grew by 6.24 percent and services sector grew by 6.43 percent in last two years. Even agriculture sector recorded a growth of 3.8 percent. All sectors of economy progressed precipitously in the first two quarters of FY 18. Exports grew and EU extended a GSP plus status for next two years which is a sign of economic optimism.

National Income was less than expenditures during FY 2018 increasing a saving-investment gap and the net factor income from abroad increased by 4.7 percent in 2018. Household consumption remained nearly constant at approximately 85.5 percent at constant prices and 82 percent in current prices. Fixed investment were at Rs. 5,099 billion by the two quarters of 2018. Current expenditure recorded at Rs. 2,5445 billion with an increase of about 13 percent from the previous year. Public Sector Development Program (PSDP) expenditure grew by 25.4 percent. There has been a tax collection by FBR (Federal Board of Revenue) of  Rs. 558 billion which is higher than the previous year.

The inflation rate as measured by the changes in Consumer Price Index (CPI) declined from 3.8 percent to 4 percent. The overall inflation was controlled by tight monetary policy, better supply management and regular monitoring of prices. There was an influx of foreign investment with both direct and portfolio investment and thus the Net Foreign Direct Investment rose to 4.4 percent to $2.1 billion in July-Mar 17-18. Fiscal deficit registered a decline from 8.2 percent in FY 2013 to 5.8 percent of GDP in FY 2017.
The government through Benazir Income Support Programme provided immediate relief to the poor. It made a remarkable progress by providing relief to over 5.6 million recipients including Internally Displaced Persons (IDPs) all over Pakistan. Economy seems to be benefited from growth oriented initiatives such as increased spending on the development front, tight and vigilant monetary policy, relatively curbed inflation and investment influx due to CPEC. Despite all measures, the account deficit has reached to the highest mark of $18 billion which is double the set target of $9 billion for FY 2018. The rupees has lost its value against dollar tremendously and it is believed to have low import bill; making it a treacherous economy. The major impediment in the balance of payment is a continuous decline in net capital and financial flows, though the debt to export has already been to 350% in 2017-18.

Extracted from Economic Survey of Pakistan 2017-18. 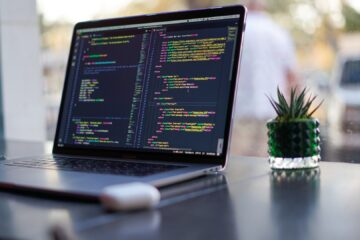