We can’t imagine our lives without digital technologies. Every day we check our Facebook and Instagram pages, build connections on Linkedin and watch Youtube. We pay for the metro and a taxi via different apps. We no longer send mails by the ordinary postal service and prefer to communicate with friends, family, and colleagues using different messengers.

For the last few years, fundraising methods have changed as well. Now almost every NGO uses “Donate Button” on Facebook or accepts donations via various digital platforms. But some NGOs go further and launched very successful fundraising campaigns based on different digital technologies. I want to tell you about my favorite digital fundraising campaigns. All of them were launched in my home country – Russia.

Font of Kindness by the Gift to an Angel Foundation

Font of Kindness is a very new Russian digital fundraising campaign aimed to support kids with cerebral palsy. The campaign was created by the “Gift to an Angel” Charity Foundation and the advertising agency “Smetana” specializing in viral digital campaigns. They created a new font. Every letter of that font was written by a kid with cerebral palsy – 33 Russian letters from 33 kids with their own stories. Usually, kids with cerebral palsy need significant speech and physical therapy. Writing even one letter is very hard for them. The “Gift to an Angel” Charity Foundation raises money for that kind of therapy and educates the public about the challenges faced by children with this disease. 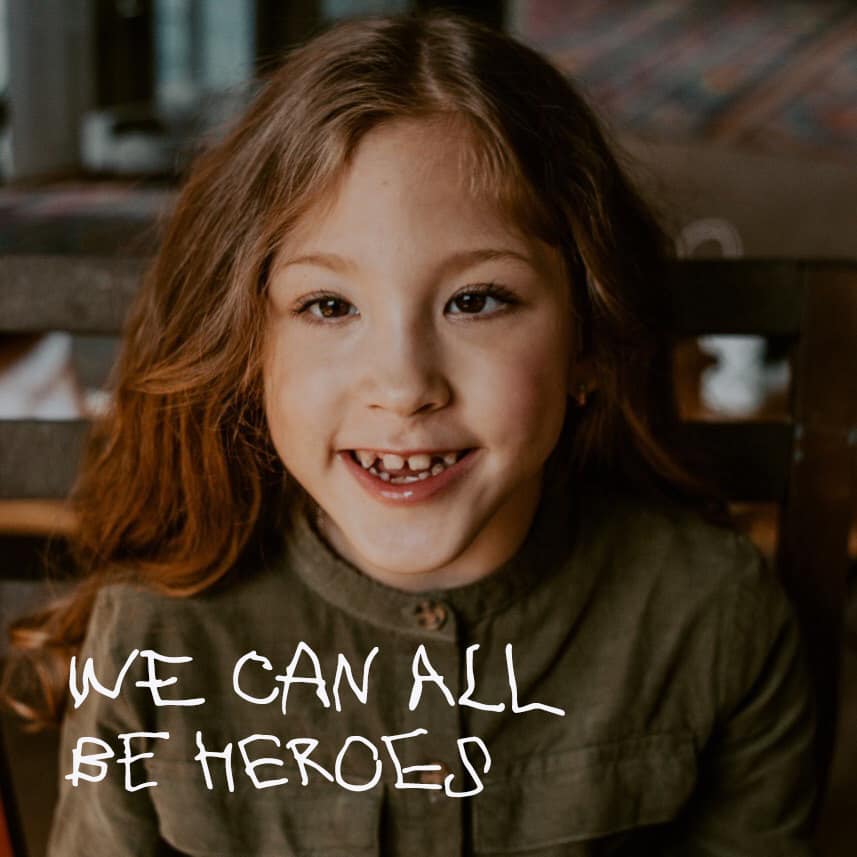 The font was published on October 2nd – the World Cerebral Palsy Day (the first Wednesday of October). The Foundation asked online magazines, governmental institutions, for-profit, and nonprofit companies, and even famous football clubs used this font on that day to tell people about the kids’ disease. In one day around 400 organizations and 70 online magazines installed this font and used it the whole day on their Social Media and websites. Around 100 celebrities published posts on their Social Media and asked people to donate to the Foundation or to buy merchandised hoodies and t-shirts with printed inscriptions written with the font. 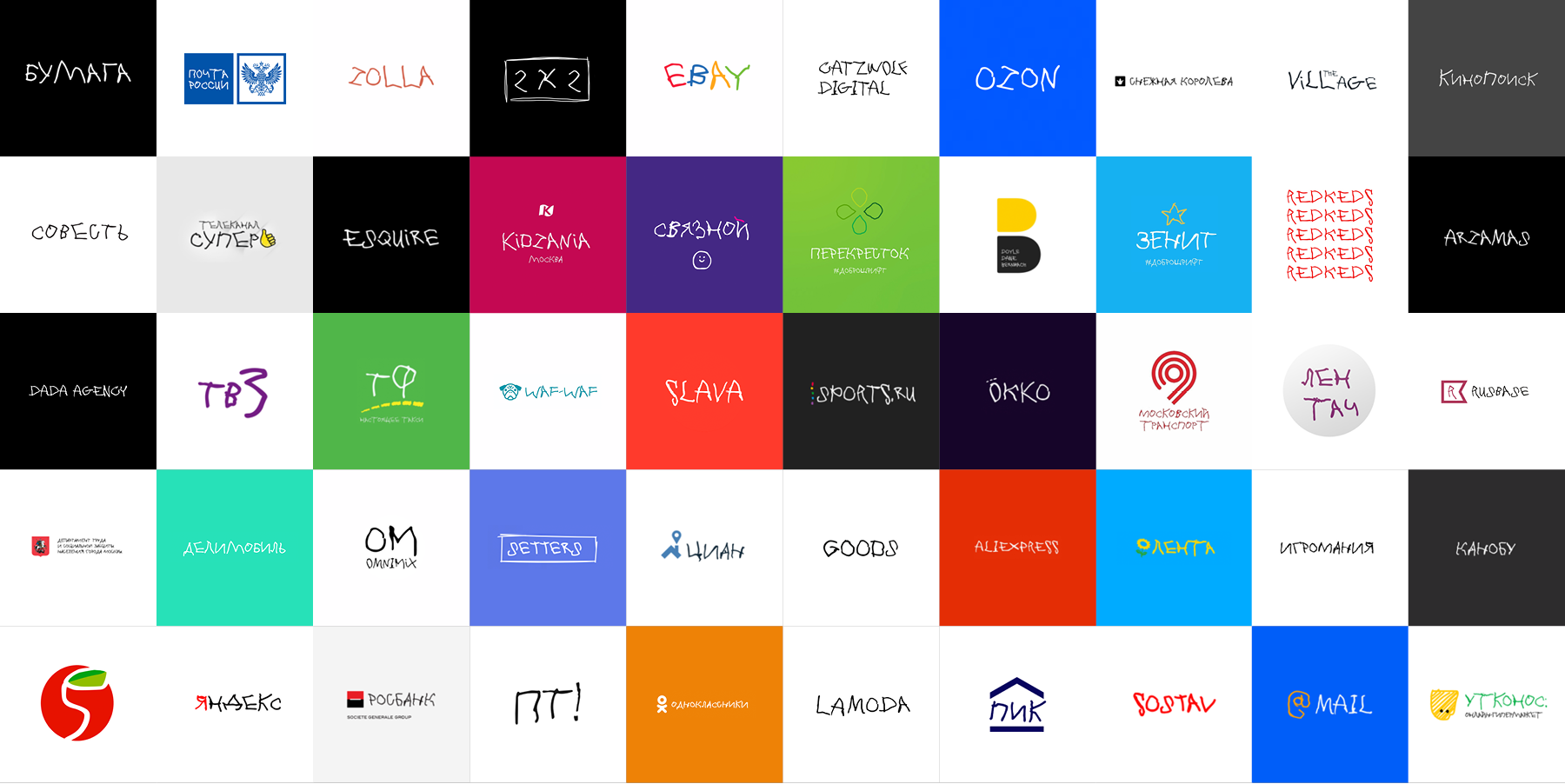 The Font of Kindness campaign started just a few months ago and already has raised $130,000 (half of them during the first two days). It became one of the most successful Russian fundraising campaigns! As for me, it was very strange at the beginning but a very inspiring day at the end. Imagine, you look at your Social Media feed where everything is written with a very strange font!

Help Without Touching by the B.E.L.A. Butterfly Children’s Foundation

This is my favorite digital fundraising campaign! The “Help Without Touching” campaign was created by the Russian B.E.L.A. Butterfly Children’s Charity Foundation and the advertising agency Leo Burnett Moscow. The Foundation supports kids with a rare genetic skin disease – epidermolysis bullosa (EB). This is an incurable condition. Even the slightest touch against kids’ skin causes pain and damages. However, proper care with using of special medical dressings can save kids from suffering. 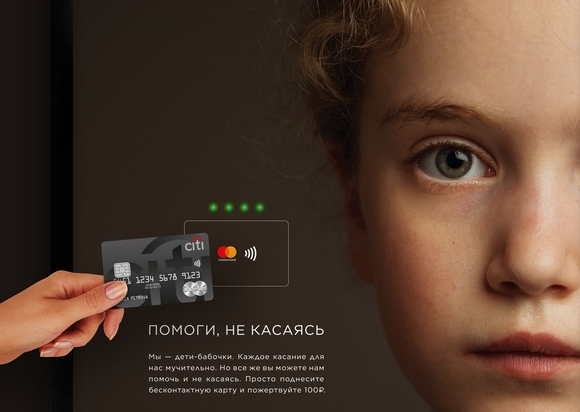 In 2017, the Foundation launched special posters with build-it contactless payment equipment to raise money for buying medicines, providing rehabilitation and legal assistance for patronized kids with EB all over Russia. Posters were installed throughout Moscow and St. Petersburg – in airports, banks, shopping malls, cinema, restaurants, and cafes. People can donate 100 rubles (around $1,50) by waving a credit card or smartphone in front of the poster – helping without touching.

The campaign was awarded by prestigious Effie Awards and was added to a shortlist of The Cannes Lions International Festival of Creativity. After half a year, the Foundation created new posters with QR-codes and placed them in 500 Russian cities significantly multiplying the number of fundraising places.

Flying Animals by the Advita Foundation

“Flying Animals” is a Russian animated children’s series created by the AdVita Charitable Foundation and the Russia-based animation studio “DA”. The “Advita” is a private Russian charitable foundation supporting children with cancer. Originally all main characters of the cartoon series were drawn by children supported by the Advita Foundation. The first series was created in 2012. Its aim was easily talking with kids about serious difficulties they face during treatment, about life and death. 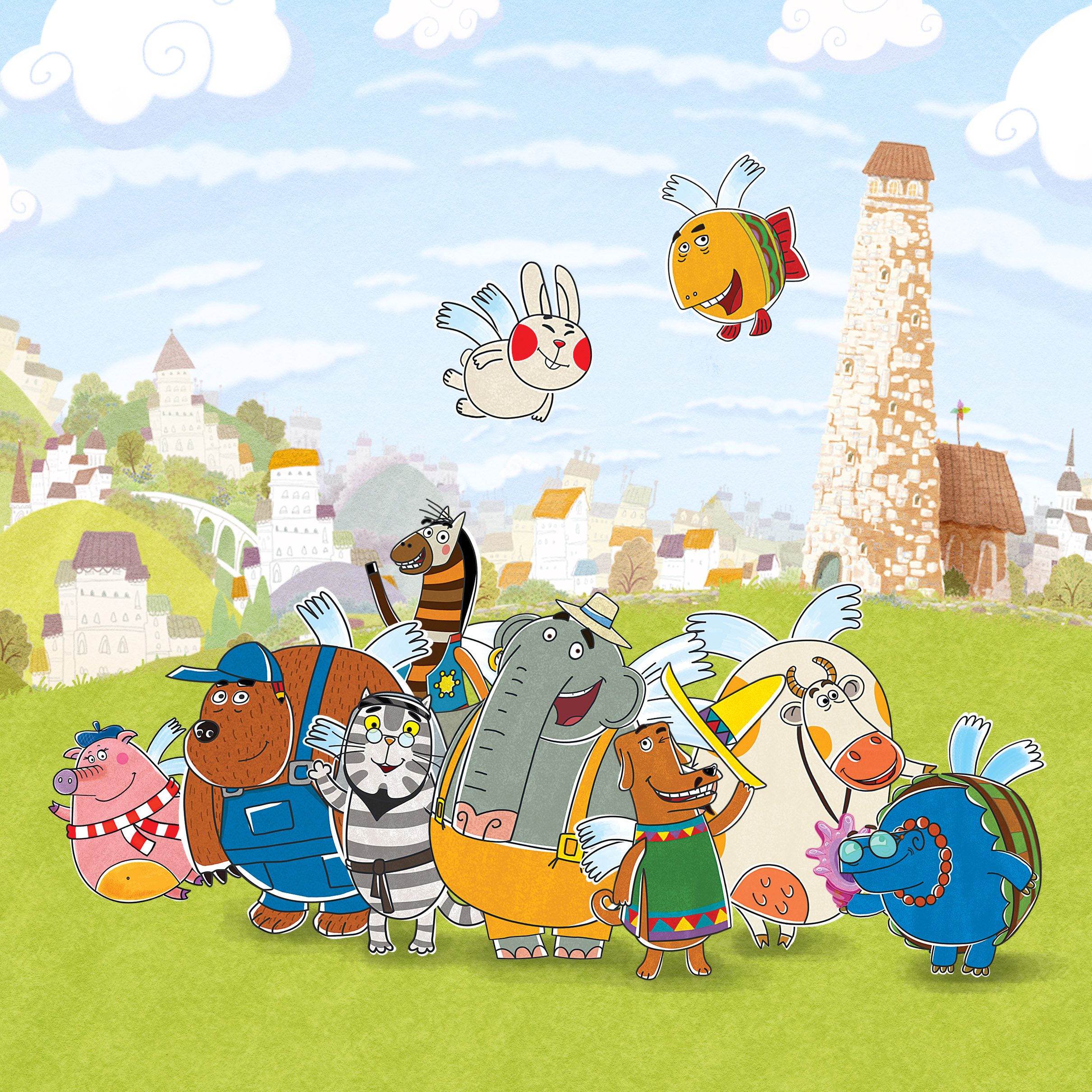 Flying Animals is a series about life in the Light Country somewhere higher in the sky. The country’s inhabitants have wings because they’ve been brave enough to change their lives for the better. But they can fly only when they are really happy. All Flying Animals are musicians. They came to the Light Country from around the world, but they have a common language – music, kindness, and a calm lifestyle. A lot of famous Russian artists participated in creating this series as voice actors.

The first series was published on Youtube, and very fast it became popular. The second and other seasons of Flying Animals were created for a much wider audience. Now Flying Animals is a popular kids’ series with up to 10 million views of each episodes on Youtube. The cartoon has been shown on TV, and the right for its broadcasting were boughts by international broadcasting companies. Also, the Advita Foundation gets money from franchised contracts with companies that produce clothes, sweets, and toys with Flying Animals. All these allow the Foundation to raise money for its main goal – supporting children with cancer.

Today, we are sharing a story of National Academy of Public Administration (NAPA) and their experience with an Atlas Corps Alum Pratyush (Class 38, India).

What would you say to your great-great-grandchildren?

What would you say to your great-great-grandchildren if you were sure they would receive your message? Do not be afraid...

Why is the current pandemic more dangerous for women?

According to the CDC data, COVID-19 is more dangerous for men than women. Worldwide statistics show that men infected with...