How Atlas experience with Voice of America shapes my professional skills

Over the last ten years, I have been working in the Ukrainian media which faces lots of challenges from the Russian disinformation to a significant impact from the local oligarchs who still own about 70 % of media. On the other hand, more than 75 percent of Ukrainians regularly watch TV channels as TV news serves as a primary source of information for 58 % of the population[1].

Using this leverage oligarchs can easily manipulate with public opinions making it more flexible which serves to their business interests. Moreover, the media still serves as a significant tool in politics as oligarchs are trying to seize and maintain more power in the country by either attacking or promoting their loyal politicians and political parties. As a result, since the country became independent in 1991, it still has only a few independent media with a very tiny audience and a small budget.

Another serious challenge for the Ukrainian media is a lack of education for the local journalists. According to “Reporters without borders” international NGO, about 70 % of local employees in media work without having professional degrees, while the average age of reporters remains between 22-30 years as they leave their jobs because of financial shortages and grueling schedule[2].

Most of the salaries simply don’t allow to cover the rent and support their families as many need to seek other jobs with better conditions including politics, public relations etc. As a result of this, usually, the audience doesn’t receive a good product from media which leaves a gap for different sorts of manipulations, unverified data, lack of analysis and plurality. Therefore, there are a lot of things that need to be done to make Ukrainian media more professional, resilient and independent.

Beginning from November of 2018, my experience with Atlas Corps and Voice of America (VOA) as a host organization provided such opportunities. Along with my supervisor and other employees, VOA as a part of U.S. Agency for Global Media (USAGM) serves as a consistently reliable and authoritative source of news making it accurate, objective, and comprehensive. The VOA Mission is drawn from The VOA Charter, which was signed into law by President Gerald R. Ford on July 12, 1976. The Charter protects the editorial independence and integrity of VOA programming[3].

Since the beginning of my fellowship I was involved in production, reporting, and working with social media which brought a completely different understanding of how global media has to be run. Moreover, every Sunday we work on “The Week” show aimed to bring deep and comprehensive analysis from top experts if politics, international affairs, economy and other areas for a Russian speaking audience. Despite VOA bureau in Russia was shut down due to the escalation of the conflict between two countries, a bureau still manages to reach millions of its viewers overseas mainly because of its website where I do also have a privilege to publish my articles, interviews, and analysis. All of them were prepared under careful observation of my supervisors whom I’m thankful for such a valuable contribution.

Without any doubt, such a tremendous experience of working alongside true professionals will help my career in the future when I will return to Ukraine. All these skills and practices will be used to improve the media environment and its workers including in my organization. I’m very thankful to Atlas Corps and my host organization for making it happen during my one-year-long experience in Washington D.C.

We already scheduled an upcoming webinar with Atlas Corps which will be organized right after my arrival back to Kyiv. I’m looking forward to keeping in touch with Atlas including its amazing staff and fellows which come all around the world. I have no doubts that our future cooperation will help to bring more Ukrainian fellows who also want to shape the world making it more prosperous, democratic and peaceful. We are awesome 😊 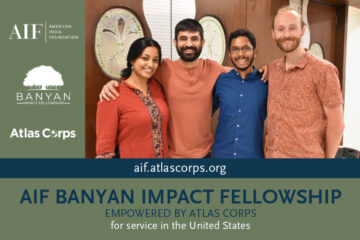 The American India Foundation (AIF), in collaboration with Atlas Corps, is renewing its commitment to strengthening ties between India and... 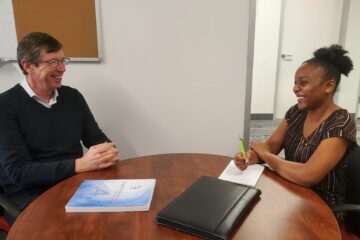 Today, we are sharing a story of International Fertilizer Development Center (IFDC), and their experience with Atlas Corps Fellow Constance (Class 41, Malawi). 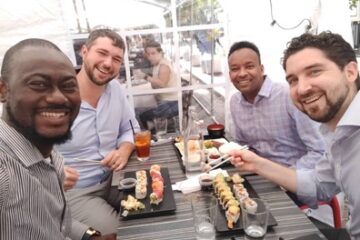