I am not a person who speaks publicly about these issues, I don’t do that because the world already listens bad things about my country, El Salvador, so I prefer to talk about good things instead of negative ones, I prefer to talk about the beautiful beaches, lakes and volcanoes, our delicious food and our people, especially our people, those who are real Salvadorans, those who always want to help and have a sincere smile, I try to talk about that when someone asks me about my country. But this time it won’t be like this, this time I will talk about what is the biggest disease that has hit my country, a cancer that may not kill us but weakens us, makes it impossible for us to grow, makes it impossible for us to dream, I will talk about the political class of El Salvador, parasites, clowns, rogues of the country (perhaps it is unfair to say that all are, but throughout history we have shown that at least more than 90% are), you can be wondering if maybe I am exaggerating, let me delve into the following.

El Salvador suffered a terrible civil war that began in 1979 and ended in 1992, I was too young to remember that, but I know many people who lived it and they say that before the conflict El Salvador was an outstanding country in the region, if so we would have remained united, if only a group of people had not been completely greedy and wishing for power and control, if the oligarchy had thought of the people, if we had only been able to reach agreements, obviously we didn’t and more than 75,000 people died and many others migrated to other countries (United States mainly), there was destruction and there was poverty, all that entails a war.

After the peace agreements in 1992 we could think that things would improve and of course if you compare with a war obviously things improved, but with a new president also came a new political environment full of scams, looting, corruption and above all the use of power to seek the benefit of a few people.

The first post-war president was Alfredo Cristiani (right-wing party), I can hardly speak of his period as president because I was too young to be involved in politics, I can only say that before his period he was already a person with money but at the end of his period as president he ended up with a lot more money, he currently owns a lot of land and businesses, nobody is investigating it maybe because it would be very difficult to find information that could incriminate him after 25 years, the same happened with his successor, Armando Calderón Sol (right-wing party), both increased their wealth while they were presidents, little can be done now to know the origin of so much welfare. Two presidents, the first gave the country a sense of tranquility after the war, the second gave the country a (fanciful) feeling of prosperity.

After those two periods some people began to realize that something was not right in right-wing governments, it felt as if after a terrible event (the war) the people accepted these anomalies in order to have peace, but how much more would we accepted? (much more apparently). The next president would be Francisco Flores (right-wing party), his government began with a very controversial dollarization, which according to the right party would give the country economic stability, but they didn’t say the cost, the cost of an imminent increase in the cost of living, politicians forgot (or maybe not) think about rounding, we had a exchange rate of 8.75 Colones (national currency at that time) for $1 USD, so after dollarization if something cost 5, 6 or 7 Colones, now would cost $ 1, even the most ignorant can notice that the cost of everything will be increase. The people were not happy, this period I remember better because I was becoming more aware of the news and especially the economic burden that this meant for my parents and for many Salvadorans. Sadly we only bowed our heads and let it go, another important event that happened in the period of this president was the fateful earthquake of 2001, unfortunately many people died and there were material damages, many countries with honest (or not honest) intentions sent to our country aid of different kinds, especially the famous economic aid of the government of Taiwan, $15 Millions of dollars, money that never reached the people that had suffered loss of their homes, almost 15 years later it was determined that that money had been ousted by President Francisco Flores, as one of many anomalies involved in the illicit enrichment of that government.

Obviously for the year 2005 the Salvadorans did not know that this had happened, at the end of Francisco Flores’ period most of us thought that the same thing had happened the previous periods a person who arrives with a quantity of money and is having 100% more at the end of his period, in a country where your government is corrupt it is clear that there are many people involved, judges, police, media, entrepreneurs, unfortunately the people do not have how to defend themselves in such a situation, especially because living in an era where technology began to emerge in El Salvador, where only a few had access to the internet and as I said before the mass media were more than being manipulated, in this period there is only one group of people who raise their voices and is the opposition, the left party mainly.

A new presidential period arrives (2004 – 2009), this time Antonio Saca (right-wing party), a young, fresh face politician, will he make the difference? Could be possible that he changed that growing feeling that right-wing party was making fun of us and enriching themselves at our expense? I regret to say that it was not like that, you can be wondering why the people were still voting for them, in my opinion because of two reasons 1) for the natural fear that the human being has to change and 2) for the very bad work of projection of the right-wing party. The right-wing party until that moment had been an expert in managing the people by making it feel as if everything that was obviously wrong was worth it in order to not be worse and according to them, being worse was giving them the power to the left-wing ideology, unfortunately maybe they were right, but I will talk about this in second part of article, President Saca did the same of the previous ones a slight sensation of economic growth for the country and a very remarkable economic growth for his pockets, years later he would be accused of illicit enrichment for more than $301 Millions of dollars, even without knowing what this president had done the village was fed up, 20 years were finally too much to overcome fear of change and the left party would take advantage of this very well winning the next period. 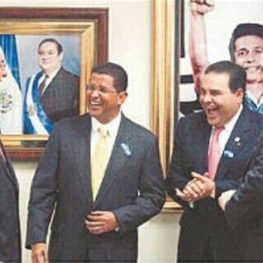 This research paper is a part of the MA Social Research Methods Dissertation (UK). It analyzed the struggle of women...

The word ‘hacking’ is used as a metaphor to indicate smart, cheaper, and faster alternative ways to drive growth. Contrary to the common misconception, there is no actual ‘hacking’ involved in growth hacking and a typical growth hacker is not simply a marketer. Instead, they are highly creative individuals who often work with cross-functional teams; and by employing different unconventional approaches, try to find low-cost and effective ways to rapidly scale and grow a business.