Growth hacking is perhaps one of the biggest buzzwords of the past few years to enter into the modern business dictionary. In no time, it has captured the imagination of so many entrepreneurs and consultants all over the world who view its emergence as an exciting breakthrough for early startups. Likewise, many business executives and marketing gurus think about growth hacking as one of the most efficient and effective ways to grow a business and increase market share. Although more and more people are talking about it, there still remains an air of ambiguity surrounding the field of growth hacking and its potential for the business world.

Here we will take a deeper look at what growth hacking actually is and how it originated. You will also learn about the so-called ‘growth hacking mindset’ in addition to some of the best-known growth hacking examples in recent years. So, let’s get started!

Beginning with the basics

At it’s core, growth hacking is all about being able to rapidly experiment in order to test alternative marketing ideas, and depending upon the outcome of those experiments, you either iterate or pivot to maximize growth as the only metric that truly matters

Growth hacking originated within the startup ecosystem in Silicon Valley during the early 2010s. To those startups that needed to achieve massive growth on tight budgets and within a short space of time, growth hacking strategies proved to be highly relevant in marketing their products and competing against big competitors. The word ‘hacking’ is used as a metaphor to indicate smart, cheaper, and faster alternative ways to drive growth. Contrary to the common misconception, there is no actual ‘hacking’ involved in growth hacking and a typical growth hacker is not simply a marketer. Instead, they are highly creative individuals who often work with cross-functional teams; and by employing different unconventional approaches, try to find low-cost and effective ways to rapidly scale and grow a business.

In order to achieve their goals, professionals involved in growth hacking use a combination of marketing, data, and technology. They may explore new and unique possibilities to build and engage the user-base, reducing cost per customer acquisition, or ensuring the long-term profitability of business operations. While the exact methods vary from industry to industry and from one company to the next, growth hacking mostly relies on social media, viral marketing, analytics, and search engine optimization, and many other similar techniques. At its core, growth hacking is all about being able to rapidly experiment in order to test alternative marketing ideas and depending upon the outcome of those experiments, you either iterate or pivot to maximize growth as the only metric that truly matters.

Many tech experts believe that growth hacking is particularly best-suited for early startups. The reason is that most startups are by design hard-pressed in terms of their resources. Thus, their very existence depends largely on identifying rapid growth opportunities in the early stages of launching a new product or service. This may involve finding product/market-fit, increasing market exposure, user engagement, and growing customers and revenue, all while keeping the overall cost at a minimum. Although growth hacking is seen as ideal for early startups, nowadays some of its principles are also increasingly applied by many large, established companies to engage and retain customers.

In general, most of growth hacking strategies aim to engage or acquire as many users or customers as possible while spending as little money as possible. For these reasons, a growth hacking team is often comprised of marketers, engineers, developers, and product managers who share the common agenda and a mindset. Many experts argue that growth hacking is less about some specific skill, methodology or a process, and more about a way of thinking and working, known simply as the ‘growth hacking mindset’. This mindset relies on data and technology to search for alternative solutions to complex challenges, gives priority to improvement rather than perfection, and has a burning desire to learn through constant experimentation. In comparison to traditional marketing, the singular goal of every strategy, tool, or technique is to achieve growth.

Having a growth hacking mindset affects everything you do and how you view the world around you. For example, a growth hacker or a growth marketer is always open to alternative problems and alternative solutions make data-driven choices instead of gut feeling, and is predisposed to learn and to adopt the latest technological developments. Cultivating the growth hacking mindset can be hugely beneficial to any professional but it’s important to understand that it requires a broad set of knowledge and skills. In this context, knowledge of data and research techniques is necessary, in addition to having creative skills to come up with original ideas to deal with intricate problems. Finally, a growth hacker needs a wide array of technical skills in data and programming that sets apart a traditional marketer from a growth hacker.

Now that we have learned the basics of growth hacking, we will take a look at three examples below featuring the latest and best-known growth hacks of the past decade.

As a tech startup, Dropbox needed to boost its user-base quickly without spending a lot of money on traditional marketing channels or promotional activities. In order to do that they came up with a simple but highly effective alternative solution in the form of a referral program. Dropbox offered every user 250MB of extra storage space for bringing a friend as a new user to the platform. Moreover, they made it very easy to invite friends via Facebook or Twitter or send all the contacts a bulk invite with just one click. Over time, this method of using existing customers as acquisition channels proved to be a game-changer in the overall tech industry.

In the early years of its founding, Airbnb had to compete against Craiglist which at that time was one of the largest forums for people looking to rent a place. As an alternative solution, they started targeting new customers by placing their own offers on Craiglist because it was where their target group was most active. Each offer came with a link to follow for more information, making it very easy for potential tenants to come and join Airbnb. initially, the growth hacking team manually performed this operation but later on, they created a bot that could automatically place offerings on Craiglist attracting a greater number of users. Although in this example they had to rely on someone else’s platform, yet this strategy worked extremely well making AirBnB a notable success story.

This is a similar example as the Airbnb example. PayPal wanted to have payment integration with e-commerce giant eBay because if that happened they would receive a small commission with each transaction. Initially, eBay showed no interest in placing PayPal as a payment option on its platform. As an experiment, the PayPal team started approaching big sellers on eBay manually. Disguised as buyers, they would ask sellers after buying an item “Can I pay you via PayPal?”. If sellers refused to receive payments via PayPal they would lose the deal. Over time, increasing numbers of sellers and vendors started requesting eBay to integrate PayPal to make the transaction process easy and hassle-free. This strategy bore fruit and eventually, eBay turned to PayPal.

Now more than ever, companies are competing on the digital battleground to grow their customer base, expand market share, and enhance competitive advantage. They often have to deal with limited resources, budget constraints, and an ever-growing number of competitors. Under these circumstances, conventional approaches to marketing are largely proving to be costly and ineffective. The quickest and surest way to achieve success is to think fast and think differently taking advantage of data and technology. All of this makes growth hacking such a valuable practice and an essential component of any winning strategy. No matter whether you are a one-man startup or an established enterprise; a growth hacking mindset can work wonders for you! 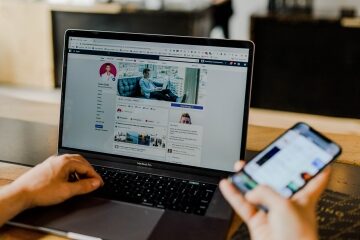 If you want to become a successful marketer in todays world, you must know at least the basics of it. So, let’s start at the beginning.