Freed Slaves!! The lives of the early re-settlers. Vol.2

Linking attitudes of African Americans to the Krios of Sierra Leone.

Welcome once again to my final piece on this topic. In volume one, I gave a profound background of the circumstance of this subject. In this chapter we would spend time to investigate who the Krios were then (post-slavery) and how are they having linkages to the African American community in the United States of America.

Rtd. Rev. Dr. Leslie E.T. Shyllon, a former University of Sierra Leone lecturer and Church minister, in his book “Two centuries of Christianity in an African Province of Freedom- Sierra Leone, A case study of European influence and culture in church development, 2009.” mentioned the traces of Christianity in Sierra Leone to the ex-slaves from Europe and America and the influences the Krio culture which was kind of an extract behavioral pattern and lifestyle borrowed from their slave masters. Thus, the we could set the ground principles of understanding who these people are. The history of the early Krios in Sierra Leone would be definitely linked to the returnees as a product of the abolition of slave trade in 1808 in the Americas and Europe. African Americans in present day America and the present day Krios of Sierra Leone could only share similar historical background of slavery. The period of slavery in these set of people had a number of positive and negative attributes in their lives. These attributes affected their social life, the cultural perspective, their intellectual perspective and religious perspective.

In observing the linkage between the Krios and their separated siblings who left behind with their slave masters, we could see a lot of traits in them. My approach towards this comparison would focus on some of the advantages and will relegate the unnecessary. In as much as the slave trade was very inhumane, it was very derogatory and full of ills towards those Africans involved, its was equally impactful on the Krio people of Sierra Leone.

Like their ex-slaves counterpart “the African Americans”, The Krio learned and assimilated numerous traits from their slave masters. Formal education, Christianity, activism, freedom of expression, business skills and industrious skills were some of the key traits that the Krio people took home. These skills and behavioral patterns clearly showed a complete distinction between them and the locals in Sierra Leone after their return. Their forgotten relatives looked at them with a different worldview because they perceived their lifestyle to be of a Western white man as oppose to theirs which was more traditional in the African culture. The Krios are predominately practicing Christians in terms of religion with a huge percentage belonging to the Protestant Church. These could also be seen in the life of the African American. According to Pew research in 2014, 8 in 10 African Americans could be identify as Christian.

The Krios in Sierra Leone were seen to be very involved in formal education, social reforms, and proponents of civil activism in Sierra Leone transition from in the colonial administration of the British. Like the African Americans who became so vocal in the 1800 and the early 1900 for reform in education, social justice and liberty alongside with few states in US history to earn the US its freedom from the Monarch system by the British, the Krios played active role in bringing liberty to Sierra Leone from the British rule. 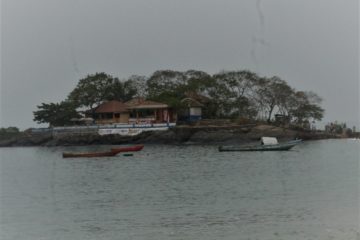 Freed Slaves!! The lives of the early re-settlers. Vol.1