Freed Slaves!! The lives of the early re-settlers. Vol.1

Linking attitudes of African Americans to the Krios of Sierra Leone.

Freetown, the economic capital of Sierra Leone is a small, but vast stretch land in the western region of the country. It forms part of the sixteen districts across Sierra Leone and it is subdivided into two separate districts which are, western urban (where Freetown is currently located) and western rural district (Freetown extension to the Northwestern region). Freetown topography is adorable with high forested mountains, steeply creeks, limited low land and lengthy peninsular plains curb by the stretching river Rokel that empty into the Atlantic ocean.

I am introducing this piece with a compelling description of the province of freedom (Freetown) which was the location bought for the freed slaves who faced poverty, homelessness, prostitution and racism in England and elsewhere. After the abolition of slavery in the 1800, early human right activists in England and America found that piece of huge empty land occupied by few aborigines (The Bullums) who settled along it coast for fishing purposes and they were ruled by local kings.

The British bought that very land from the local kings and organised a repatriation package for the freed slaves whose future were no way fruitful in the West. Freed slaves from England, America and Nova Scotia embarked on a journey to lasting freedom in their newly found home. Their aspirations were high, they longed for a better and brighter future. They were given promises of free land of at least an acre each. They were returning to a continent they would, have perhaps called home. But, they were no longer returning to this once lost home the same, definitely they were not!!

I was struck by some mind blowing thoughts while pondering over how life looked like for those freed slaves then. In my thoughts, I pondered over some questions regarding these people. Questions such as ” Who really were these freed slaves? I mean, did they ever sat down to have asked themselves, who really they were as returnees to a place that seems to be their ancestral habitat?” I kept thinking over these questions because I knew that, the re-captives were in every length not going to have a very smooth sailing life in their new settlement. They were certainly not going home. I am saying so because of the following reasons, firstly, these people had lost their exact family locations, secondly, they have no families in that new land and thirdly, a lot of them were young people who were birth into slavery, meaning they have lost their original languages. In a very truthful sense these people have lost every part of their ancestral social connecting strings. Life was going to be new.

So, who were these returnees in perspective? I found out that they were called the Creole (Krio as it is spell locally in Sierra Leone). Watch out for Vol.2 as I bring you the impact of attitudes of African Americans on the Krios in Sierra Leone. 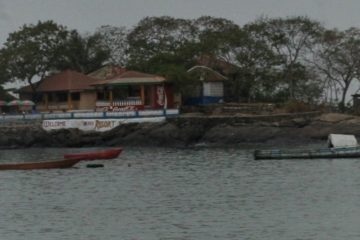 Freed Slaves!! The lives of the early re-settlers. Vol.2

Linking attitudes of African Americans to the Krios of Sierra Leone. Welcome once again to my final piece on this...