I have been in quarantine for over ten weeks, and as we wait for a better tomorrow with hope, I would like to share my thoughts on the issue of feminism which I am passionate about.

As I shared on Women for Social Change poster on International Women’s day, I define myself as a feminist because I stand for equality and where equality means the status of being equal, especially in status, rights, and opportunities, so shout out to all the feminists out there.
If you are wondering what this equality is all about, I will give you this example, given a family that has school-going children a boy and a girl and they are struggling financially, they only have resources enough to send one child to school, how will they arrive at a decision on who to send to school? Is it going to be because one is a boy or girl or according to performance?

I have observed that several approaches are being used to push for the feminist agenda. The first approach is whereby it is advocated by a group of feminist females which in most cases results in a narrow point of view on feminism. The issue of feminism should be looked at through both male and female lenses and try to incorporate all these views into perspective. First of all, one does not have to be a female to be a feminist. Once females propagate the agenda on feminism by demonstrating that they can do male roles and vice versa, that’s where the confusion starts to come in hence loss of focus. Culture also plays a major role in such cases. If women push the feminist agenda by trying to do men’s roles in the household, it creates more confusion as men culturally are to be treated with respect and do their roles as men unless otherwise.

The second approach to feminism is whereby feminists (Males/females) want to demonstrate equality in terms of how everyone men/women can pursue professional development, carrier development, access to resources and opportunities, empowerment and achieve health goals.
We have had many women who came hard on feminism but lack of balancing it up has resulted in receiving little or no support hence being frustrated. That is where we are. All I am saying is there can be a little achievement if we push the feminist agenda as a group of women demonstrating as jacks to do male roles and use the rights we have to males’ disadvantages.

The demonstration should rather be that men and women can support each other in the same way to achieve human and personal development, males and females will be given equal support to reach their full potential, everyone will be treated with the same respect, and sex will not determine destiny, a girl child will not grow up to ONLY be lectured on how to be a good wife rather than a good citizen. That is the feminism we want to see. 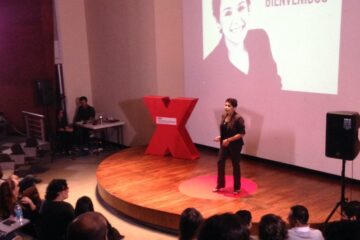 Fernanda applied her experiences and passion for gender and diversity issues in Latin America and the UK through the United Nation Foundation's Girl Up Campaign and a Chevening Scholarship on International Social Development.

The Raising of The Feminist Movement in Belarus

Last Global Leadership Lab was named “Developing Self.” During one of the session Fellows supposed to prepare presentations about leaders...