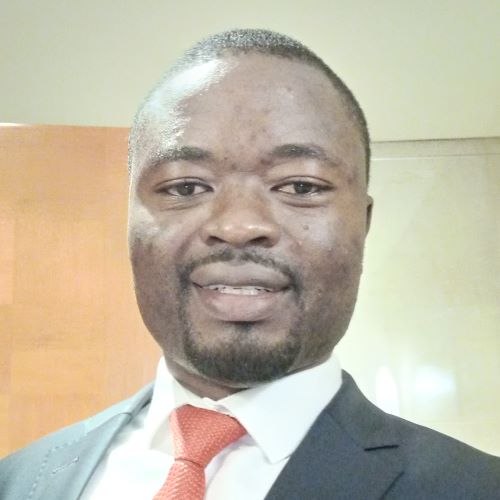 Kindong Eric Kinchi has over four years of experience in the non-profit sector and earned a Master’s of Law degree from the University of Yaoundé II and a Postgraduate’s Diploma in Sustainable Development and Human Rights from the University of Antwerp. He currently serves as Project Officer for Operations for the Global Schools Program at UN SDSN, where he is in charge of Global Schools’ operations. This includes helping with interviews, people management, creating a team culture, and assisting the Program Manager in conducting internal reviews and solidifying the onboarding and offboarding processes. Previously, Kindong served with the WorldWide Fund for Nature (WWF) Cameroon as a Law Enforcement Intern, where he assisted the implementation of WWF strategy in support of Cameroon’s government effort to address the escalating poaching crisis and illegal wildlife trade. While working as a Project Assistant at Girls Corner International, he led projects that built young girls’ capabilities of hand skills, craftwork, and income-generating activities. He participated in sensitization campaigns on reproductive health, healthy habits, menstrual hygiene, and facilitated the distribution of materials to school-going vulnerable children in 2017. His desire for social change motivated him to engage in local outreach for the integration of the SDGs in schools’ curriculum, empowering students with competencies needed to build resilient communities and perform better in school. He enjoys cooking, singing, shopping, music, tourism, and traveling. 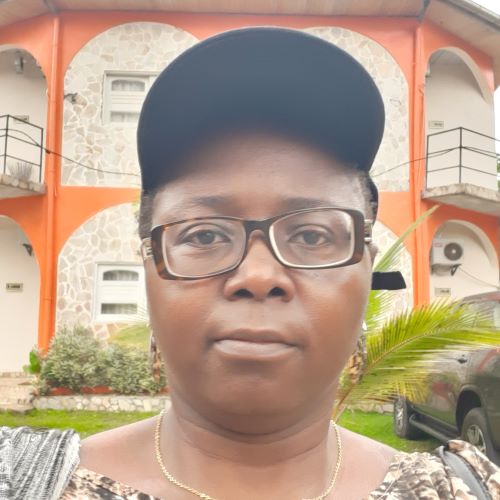 Elisabeth Mekougou Obama is a Cameroonian. She obtained her Bachelor’s degree and Master’s degree in Earth Sciences at the University of Yaoundé I. She started her career with Caritas Cameroon in Douala as the Women Socio-Economic & Women Rights Empowerment Program Manager. She enrolled in an international course for human rights educators and defenders in Montreal, professional training in social sciences related to NGO & project management at the University of Ouaga II, gender training course at the Gender Department of Graduate Institute of Geneva. She has equally been strengthened by the US Women Lead Institute on designing training curricula and facilitation. In addition, she benefited from more than 30 workshops that developed her skills in various domains. She has worked with the International Rescue Committee as the Technical Assistance to the Central Africa Republic (CAR) Ministry of Gender. Currently, she is the Women Protection and Empowerment Coordinator at IRC-CAR. Elisabeth has provided psychosocial support to 1300 women, built several women-safe structures, and provided economic support to 160 women groups. 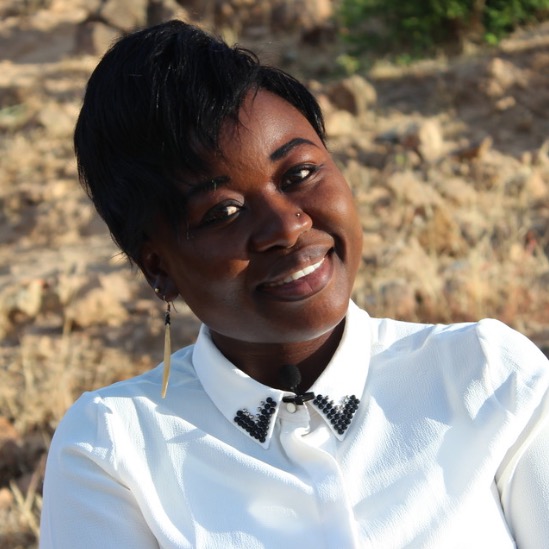 Agha-Nwi Fru is a communication and program management professional currently serving as Communications Expert for the United Nations Populations Fund in the conflict stricken North West and South West Regions of Cameroon. She is a founder of the non-profit organization Association Sembe which highlights community stories from Cameroon’s conflict stricken regions, especially the Boko Haram crisis in the Far North Region of the country. Prior to this, she worked as a Database and Reporting Officer on a USAID-funded program implemented by Creative Associates International to support stabilization efforts in remote communities along the Cameroon-Nigeria border which were destabilized by the Boko Haram insurgency. Before, Agha-Nwi worked on another USAID-funded program dubbed the Cameroon Peace Promotion Program implemented by Equal Access International in the North and Far North Regions of Cameroon. Here, she was the lead Producer on a team that produced radio broadcasts about peace and social cohesion. Before working on peace building projects, Agha-Nwi worked as a journalist for seven years. She holds a Master’s degree in Project Management from the Social Change School in Madrid, Spain, and another Master’s degree in Organizational Communication from the University of Douala, Cameroon. Agha-Nwi enjoys engaging in peace and resilience building activities at the root level and is highly passionate about women and youth empowerment. Her goal is to help people, especially vulnerable groups like women and youth in conflict-stricken communities, to tell the stories that are important to them, and she hopes to achieve this through the Sembe project. She currently resides in Buea, Cameroon and loves to share a good laugh with her entourage. 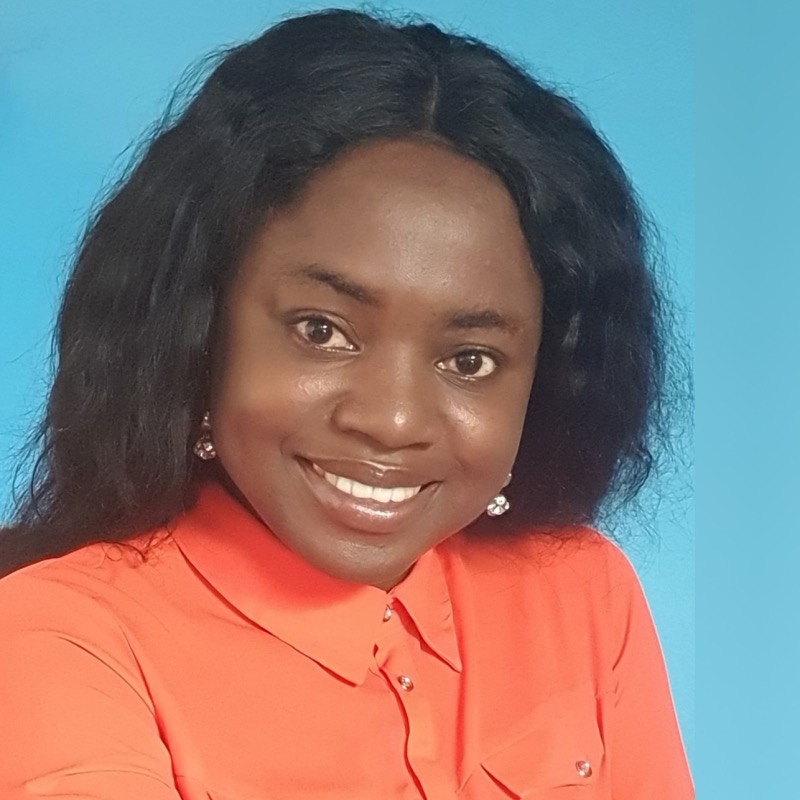 Mbivnjo Etheldreda Leinyuy has four years of experience in the nonprofit sector. Mbivnjo earned a Master of Science in Public Health and Health Promotion from Bangor University in the United Kingdom, as well as a Master of Science in Nursing Education and a Bachelor of Nursing Science from the University of Buea in Cameroon. Mbivnjo currently serves as the Development and Fundraising Officer for the Association for Community Awareness, where she raises funds through farm projects and manages online volunteers for website content and grant proposal writing. As a World Literacy Foundation Ambassador, she explored the global illiteracy problem and gained skills on how to advocate and fundraise for literacy-promoting initiatives. Through the Young African Leaders Initiative, she gained insight into Africa’s development challenges and led a project on improving the use of emails for education and business. Mbivnjo volunteers at the Health Research Foundation Buea as the project manager for a pilot birth defect registry in the Southwest Region of Cameroon. She is also designing parts of a sexual and reproductive health manual for a nonprofit called Teams4U. Previously, Mbivnjo supported disadvantaged people from Black and Minority Ethnic (BME) backgrounds with employment as a Volunteer Mentor for the nonprofit Change Grow Live, supported by the European Fund through the Welsh Government. Mbivnjo has excellent volunteer management, teaching, and research skills and is interested in human resource management, volunteerism, project management, fundraising initiatives, disease prevention, and health promotion. 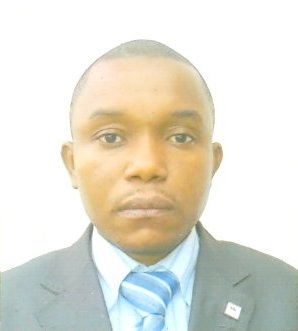 Rene has eight years of experience in the nonprofit sector, and earned a Bachelor’s Degree in law from the University of Buea in Cameroon, and a Master’s Degree in International Relations. He specialized in international cooperation, humanitarian action and sustainable development from the International Relations Institute of Cameroon in partnership with Ca Foscari University of Venice, Italy. Rene is the founder and the Executive Director of “More Action For Disability Inclusion In Development”, a charity organization that works to promote equal opportunities and the social inclusion of persons with disabilities in the developmental processes of their respective communities. While working as a Community Resilience Program Manager with the Ecumenical Service for Peace, Rene helped improve the livelihood of vulnerable children, women, and refugees from Central African Republic and neighboring communities. Rene has worked recently with two community-based organizations simultaneously on several projects to promote inclusive education for children with disabilities and to build the capacities of youths, women, and disabled persons on income generating activities to promote self reliance to improve their livelihood. Rene has volunteered with UNICEF and UNHCR as a Child Protection Officer and a Field Associate to coordinate education in emergency programs for refugee children. Rene also worked as a Community Capacity Building Coordinator with Trauma Centre for the Rehabilitation of Victims of Violence and Torture in Cameroon. Through these experiences, Rene developed strong leadership skills in capacity building, research, project management, and fundraising. Rene is particularly interested in the sectors of education, humanitarian relief, human rights, and international development. 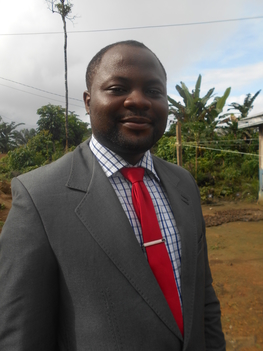 Nchotou has over four years of experience in the nonprofit sector, and earned a Bachelor’s degree in Curriculum Studies and Teaching/Biology and a Master’s degree in Zoology (Medical Parasitology) from the University of Buea in Cameroon. Nchotou is also a U.S. National Institute of Health-Fogarty International Center Fellow in Biomedical Research Ethics through the South African Research Ethics Training Initiative (SARETI) where he earned another Master’s degree in Research ethics at the University of KwaZulu-Natal in South Africa. While working as a Public Health project Coordinator with Research for Development International in Cameroon, he worked alongside researchers from the Albert Einstein College of Medicine Cancer Center to design and implement cervical cancer screening project for women living with HIV in Cameroon. He has also contributed to the successful implementation of the International epidemiologic Database to Evaluate HIV/AIDS in Cameroon and the Active Search for Pediatric HIV/AIDS, which helped improve the health of children living with HIV. Through these experiences, Nchotou has developed skills in project management and implementation, research, project planning, leadership development, research ethics, as well as monitoring and evaluation. His work in research ethics from the African perspective earned him an award to present at the International Association of Bioethics (IAB) Satellite Symposium in Edinburg. Going forward, he has strong passion working with institutions to translate health research into policy and health policy into practice that improves the health conditions of populations.

Role at Host Organization: Nchotou will provide support to the Komen Global programs by working with the different components of the program, from breast cancer assessment reports to individual projects. He will assist with data collection to assess impact and also create presentations and market tools as necessary to communicate successes, progress, and needs. 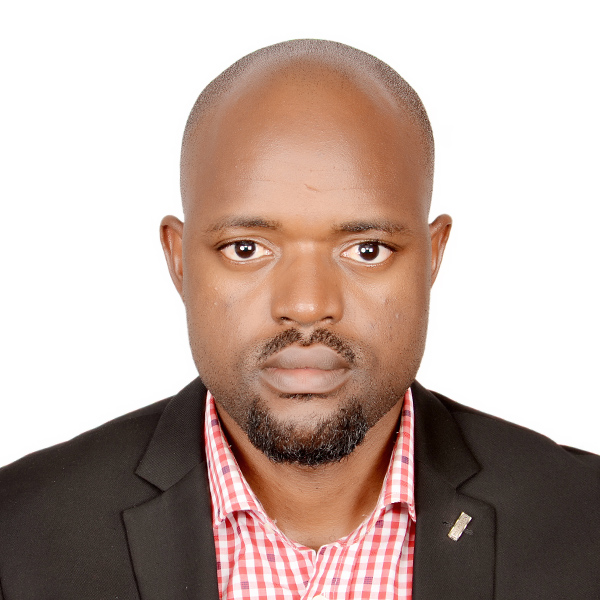 Arrey Tambe Tabot has seven years of experience in the nonprofit sector. He earned a Bachelor’s degree in Physics with a minor in Computer Science from the University of Buea in Cameroon, and a Master’s degree in Computer Science from the African University of Science and Technology, Abuja in Nigeria. He is currently finishing his PhD in Computer Science at the same University where he was an African Development Bank scholar. In 2014, he founded the EduTeens Science Development Foundation, a non-profit organization based in Nigeria whose work is focused on improving student achievement, teacher effectiveness and overall school quality through the implementation of technology-led initiatives. Prior to this, he was the Deputy Head of Department for Computer Science at the Nigerian Turkish Nile University where he served in volunteer roles as Android Student Club Facilitator, Google Computer Science First Advocate and capped it all by winning the highly competitive Google Computer Science for High Schools grant (one of the only four African Universities that won it globally that year). He was also a member of a 4-man team that participated at the first African Grand Challenge in Arusha, Tanzania where they presented their idea to combat maternal sepsis through a Personal Interactive Voice Response System that makes use of mobile phones, Radio Frequency Identification and Voice Commands. The same project was profiled by the AFP amongst the top innovative startups to emerge from Africa’s premiere Science Forum during the Innovation Challenge at the Next Einstein Forum in Dakar, and featured on Yahoo News. He was a former Google Student Ambassador, and now serves as an Ambassador for the Next Einstein Forum, and an Ambassador for Global Education at A World at School. Through these varied experiences, he has developed strong project supervision, program evaluation, grant writing and budget management skills. His interests lie in education, technology, youth development, and social entrepreneurship.