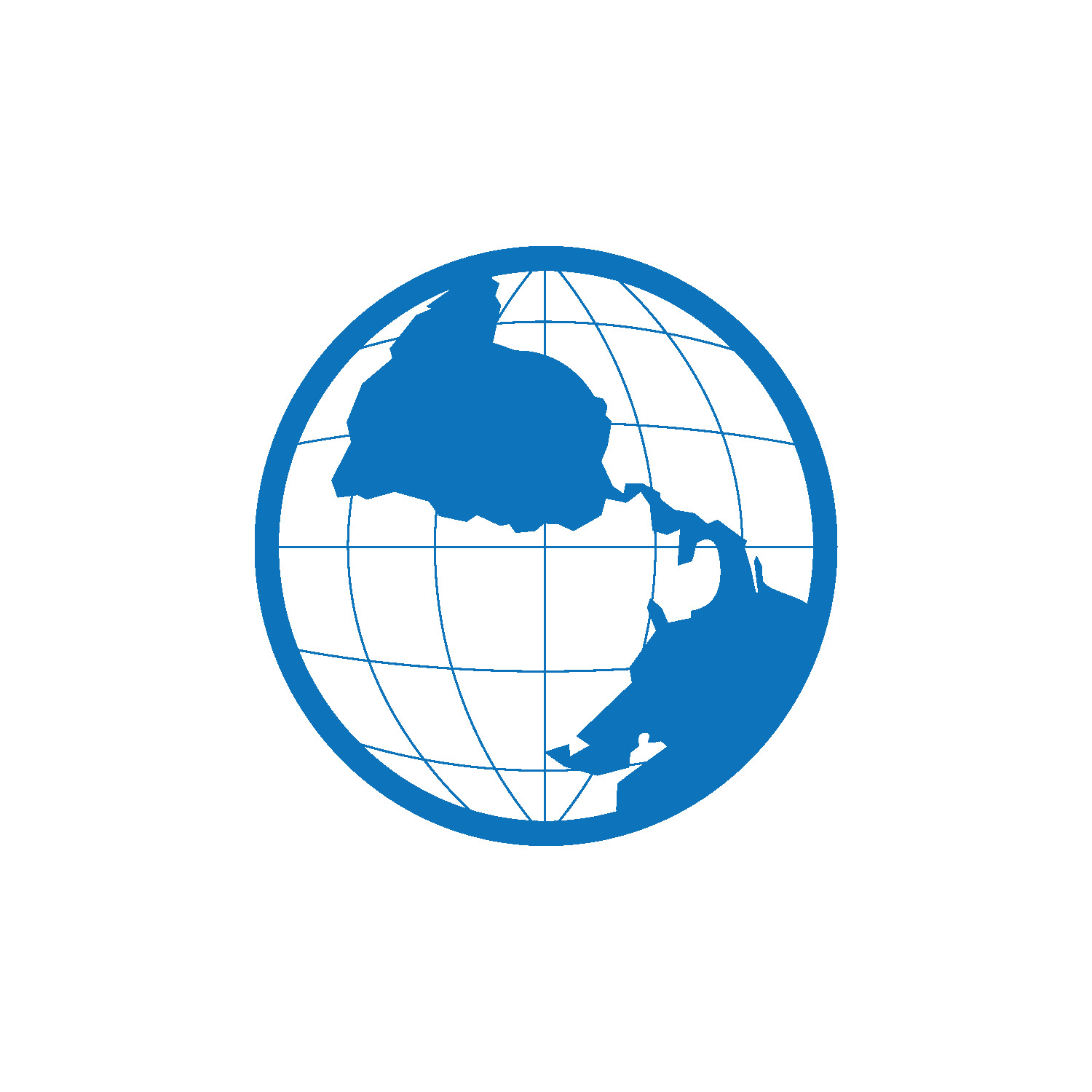 Lacey has worked in both the nonprofit and public sectors, with a particular focus on workforce development. As a Senior Account Manager for the City of New York, she works with local businesses in to design, implement and evaluate training programs that lead to transferrable skills and wage gains for their low-income workers. Prior to this, she conducted an assessment of a rehabilitation and microenterprise program for survivors of human trafficking in India run by the International Organization for Migration and several Indian nonprofits. As part of the U.S. Department of Justice’s Outstanding Scholars program from 2003 to 2005, Lacey organized rule of law reform programs in the Caucasus and Central Asia, and managed cross-unit initiatives including a conference on international legal standards with the United Nations. Lacey received a B.A. magna cum laude from Barnard College, and holds dual Masters Degrees in Public Administration and International Relations from the Maxwell School of Citizenship and Public Affairs. While at Maxwell, Lacey also obtained her Certificate in Conflict Management and worked as a Graduate Assistant researching and writing case studies on leadership, public diplomacy and international affairs. Lacey has lived abroad in Chile, Argentina and Switzerland, and has held internships at Human Rights Watch, the Center on Budget and Policy Priorities, and the Argentinean nonprofit Fundación Poder Ciudadano. 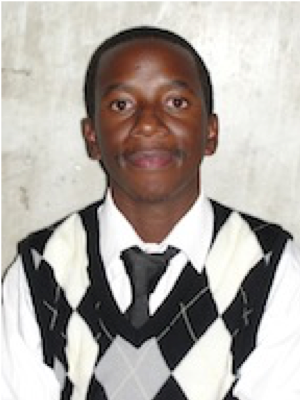 Phillip Mlanda has three years of experience in the nonprofit sector. Having worked in various community development projects, Phillip built his professional experience through volunteer work. He holds a Bachelors of Science Degree in Computer Science & Statistics from the University of Zimbabwe. Utilizing his innovative computer science skills, Phillip developed technical solutions to improve communication skills. Most recently he worked as the Systems Analyst for a software company called Spectrum IT Solutions. He developed Interactive CD’s for Waternet Zimbabwe’s projects, a perfect tool for information dissemination. He co-led a 2-year project that helped disabled people to empower themselves through entrepreneurial projects. Working with Leonard Cheshire Zimbabwe Trust, a nonprofit organization that shares his vision to empower children and youth with disabilities, Phillip developed their website and continues to provide technical support. He has worked on promotional material for the African Youth Charter, as well as developing the program’s IT and e-marketing, and statistically assessing its market position in the country. As part of a seven-person team, Phillip represented Zimbabwe in Singapore where they showcased three different entrepreneurial projects. Phillip received a Service Leadership Award and a Medal of Honor from SIFE International. 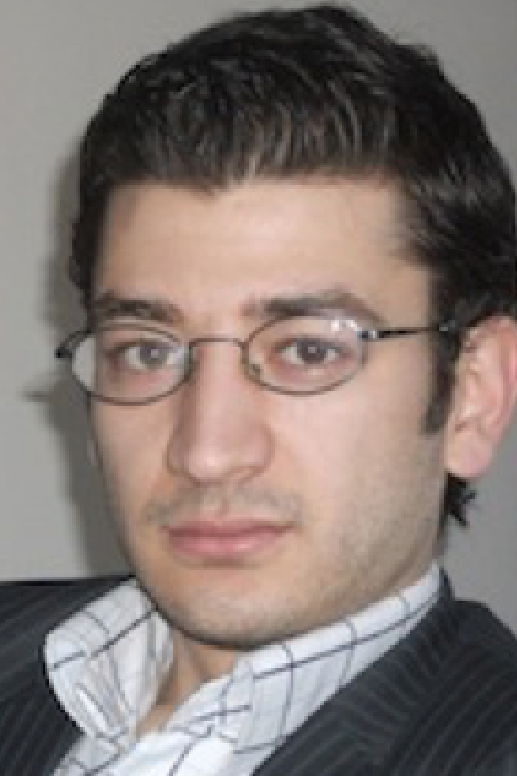 Sherzodbek Sharipov has 5 years of experience with international projects and organizations in the fields of legal trainings, youth education, and social justice. He is skilled in research analysis, programming and project implementation in specialized fields of legal education and legal trainings. Sherzodbek has volunteered and worked and volunteered with international organizations and projects in Uzbekistan and abroad. Most recently, Sherzodbek was a Junior Policy and Advocacy Officer at the Mental Disability Advocacy Center (MDAC) in Budapest. He contributed to MDAC’s domestic and international advocacy programming, as well as legal research for international projects on monitoring psychiatric institutions. In addition, Sherzodbek served as a National Consultant for the United Nations Development Program (UNDP Uzbekistan) on the Free Legal Aid and Legal Clinics project and he has been assisting in establishing Legal Clinics in Uzbekistan. He obtained his Bachelors Degree in International Relations from Tashkent State Institute of Oriental Studies in Uzbekistan and he completed a Masters in Human Rights from Central European University, Hungary, in 2008. 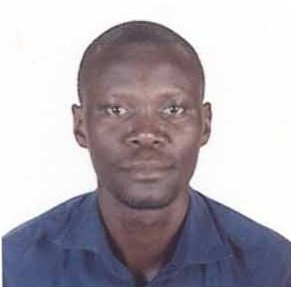 Tom Balemesa has more than eight years experience in Uganda in training, research, evaluation, teaching, consultancy and peace building. After graduating from Makerere University with a B.A in Education, he worked as a teacher and departmental head. Since 2005, he engaged in research, project planning, evaluation and consulting with non-profit organizations like Plan International, where he served as a research assistant and consultant during the mid-term review and provided expertise for a household survey. In 2007, he volunteered with the Commonwealth Foundation and Single Parents Association in 2007. In 2008, World Vision International involved him in training their staff on conflict tools. Tom conducted independent seminal investigations on oil and land in Uganda for his M.A thesis. He promoted energy security and sustainable development through policy research and advocacy with the Africa Institute of Energy Governance. Tom graduated with an M.A in Peace and Conflict studies from Makerere University in 2010. In early 2010, Tom became the first junior fellow at the Africa Centre for Constructive Resolution of Disputes (ACCORD) in South Africa. At ACCORD, he developed a peace and development foundation to assist in linking peace to development in Uganda. Tom is an active member of the peace and collaborative development network (www.internationalpeaceandconflict.org). Recently, with the East African Institute of Governance and Conflict Management (EAIGCM), Tom trained journalists in Uganda about Peace Journalism. 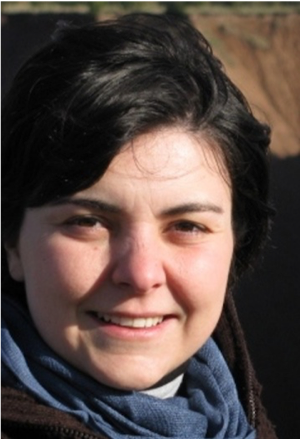 Duygu Guven Soyer has ten years of experience in the nonprofit sector. Throughout her career, she has gained experience in different fields of nonprofit activities, such as disadvantaged youth and youth participation; regional environmental issues; rural development and poverty reduction; and, capacity building for local nonprofit organizations. Such experience equipped her with various skills and competencies such as project design and management, reporting, monitoring and evaluation at different levels as well as supervision of fieldwork. In 2001-2005, Duygu volunteered for the Youth Association for Habitat and Agenda 21 with the Implementation of Local Agenda 21 project, working on management of volunteers, relations with public institutions and fundraising. In 2005-2007, she worked professionally for an international organization, Regional Environmental Center, as an Executive Assistant, responsible for reporting, developing projects and evaluating activities. Between 2007 and 2010, Duygu worked for the Sustainable Rural and Urban Development Association (SURKAL), where she was in charge of fundraising, monitoring-evaluation and reporting activities. She has also taken responsibility for the program design of rural development projects, capacity building of local nonprofit organizations, and socio-economic research in rural areas. 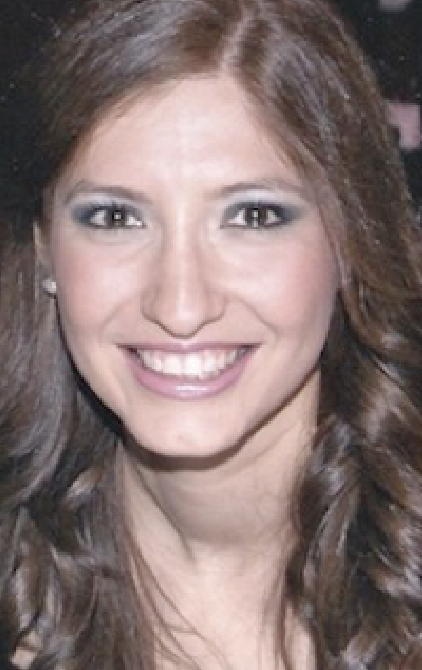 Katya Garcia has more than three years of experience and studied at the American School Foundation of Monterrey. Katya’s interest in social justice and civic engagement began early in her academic career. In January 1999, she worked as a participant coordinator for the State of the World Forum for Emerging Leaders that took place in Monterrey and a few months later she received a scholarship to participate in the week-long conference for the State of the World Forum/European Business Summit in Belfast, Northern Ireland. She then continued her studies at one of Latin America’s finest schools, Instituto Tecnologico y de Estudios Superiores de Monterrey, where she earned a BA in Communications. In 2005, the university selected her to study abroad at Teikyo University in Maastricht, Netherlands, where she studied foreign affairs, international political terrorism, and culture and gender studies. She became a consultant soon after earning her BA. Then in 2007, Katya co-founded Paz Es, a nonprofit organization that promotes a peaceful environment in the community by generating, supporting, promoting, and participating in positive actions. She became Director of Communications and Public Relations for Paz Es, working directly with Mexico´s most recognized media and private companies such as Televisa, Multimedios Televisión, El Norte newspaper, Cemex, Xignux, and Cervecería Cuahtemoc Moctezuma. 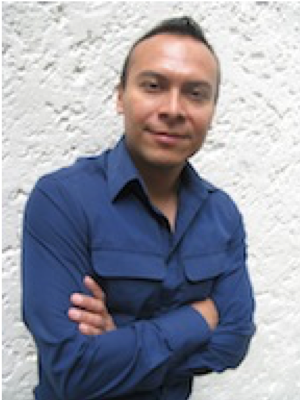 Alejandro Bonilla gained five years of work experience after obtaining his Bachelors degree in Journalism from the Universidad Centroamericana in El Salvador. He holds a Masters degree in Management of Corporate Communications from the Universitat Pompeu Fabra, in Barcelona, Spain. In 2003, Bonilla began his career in the nonprofit sector with the Communications Department of CARE in El Salvador. In 2006, Bonilla joined Children International Mexico as the Communications Coordinator. Promoted to Communications & Development Coordinator for Children International Mexico in 2008, Alejandro manages fundraising activities, develops and maintains collaborations with public and private companies, as well as governmental and international organizations. In 2009, Bonilla raised more than one million dollars of new funds, and trained Development Coordinators in many Latin American countries on planning and fundraising. Bonilla recently completed a Strategic Marketing Diploma at the Jesuit University of Guadalajara and a Fund Raising Diploma at the School of Fund Raising, University of Indiana. Children International recommended Bonilla’s expertise in strategic fundraising as a “best practice” and Bonilla became the SME fundraising expert in Latin America for Children International. Alejandro Bonilla is a member of the Mexican Center of Philanthropy and Children Human Rights in Mexico. 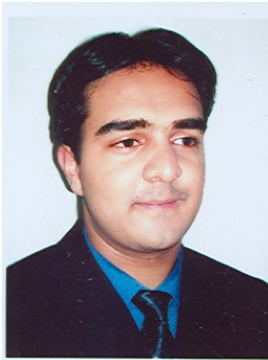 Varun has more than five years of experience in consulting and nonprofit management. He has a Master in Commerce degree with specialization in Banking and Finance from the University of Mumbai and a certification in Small and Medium Enterprise (SME) management from Indian Institute of Management – Ahmedabad (IIM-A). Upon graduation, he worked in the Ernst & Young advisory team in India. After, he did a short internship with SKS NGO (Ultra Poor Program) in Narayankhed (Andhra Pradesh), the pilot project center of SKS microfinance. Varun’s upbringing in a small rural town and his subsequent experiences in a large metropolis, as well as his travels around the country and the world, brought to light the dichotomy that exists between rural and urban setups. The urge to find a solution to the urban-rural divide in India led to the creation of Vishwa Ashraya Sansthan (VAS) in Palampur, his hometown. Now Varun’s focus is to promote the organization’s vision to create a successful sustainable social enterprise that will achieve both financial viability and social impact in the long term. Since its inception, VAS has developed networks with various local education institutions with a total outreach to 1,500-1,600 students. The intention is to inform these students about higher education opportunities, and provide scholarships for the deserving candidates through various international education institutions present in India. 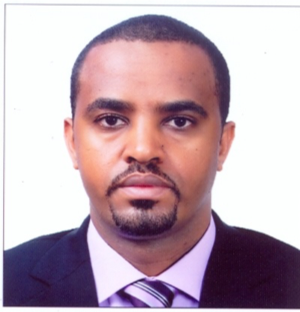 Yonas possesses nine years of progressive professional experiences in the design, implementation and evaluation of Public Health projects with a particular focus on HIV Prevention and Youth Reproductive Health. He has been employed by different nonprofit and international nonprofits, such as Christina Children Funds, Handicap National, Concern Worldwide, U.S. Center for Diseases Control and Prevention (US-CDC), Intra-Health International, Pathfinder International and United Nations Educational, Scientific and Cultural Organization (UNESCO). He has a background in Sociology and Social Administration and recently obtained his European MSc Degree in International Health from University College London and Copenhagen University. Yonas has been providing technical assistance and capacity building support for the implementation of the PEPFAR fund through US-CDC and USAID funded projects. He has extensive experience in HIV prevention programs particularly among youth and Most-at-Risk Population groups (MARPs). He has strong knowledge regarding behavior change, and has played a great role in the national effort to cause desired behavior changes in young people and MARPs to adopt safer sexual practices for the reduction of HIV incidence and prevalence. 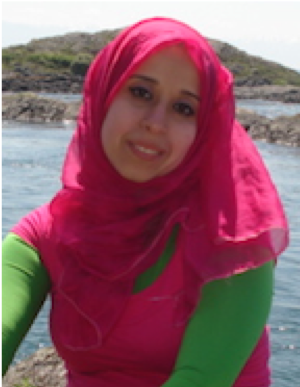 Samah has nine years of experience in the nonprofit sector. In 1999, Samah Mansur joined the faculty of Commerce after graduating from Saraya Elkoba High School. She then received her Higher Diploma on special needs education to help people with disabilities. Since 2001, she has been involved in the non-profit sector. She has participated in many conferences, workshops, fellowships and forums inside and abroad. In 2006, she was awarded a prize from UNIFEM (United Nations Development Fund for Women) for the best research to fight violence against women under the title “The Egyptian Society and Violence against Women.” In 2007, the Organizing Committee of the World Social Forum selected her to participate in the intergenerational dialogue in Nairobi, Kenya, to represent Arab youth. In 2008, she participated in the International Conference on Domestic Violence in Denmark and she was selected by the Fulbright Commission to study Public Relations and Media Communications for a year in the United States. In 2010, she became the first Egyptian to receive the Chevening Fellowship for using democracy for peace at the University of Bradford in England. Prior to Atlas Corps, Samah worked as an officer of the Democracy and Human Rights Program for Appropriate Communication Techniques for Development (ACT) in Cairo.