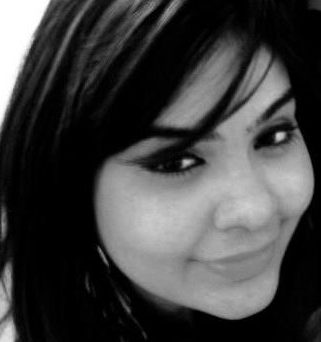 Tisa Muhaddes has three years of experience in the nonprofit sector and four years of experience in the communication and public relations sectors in South Asia, United States, and the United Kingdom. She has a Bachelor’s degree in Communication Arts from Marymount Manhattan College, and a Master’s degree in Gender Studies from the School of Oriental & African Studies (SOAS), University of London. In her last position, Tisa Muhaddes was the Research and Communication Officer at the James P. Grant School of Public Health, BRAC University in Bangladesh. She was in charge of the communication and press department for the whole school and its various centers. As a trained qualitative researcher, she also co-coordinated and co-managed a multi-country research project looking into violence against marginalized women in Bangladesh, India, and Nepal that lasted for eighteen months. The project was envisioned by Creating Resources for Employment Action (CREA), a rights-based NGO in India, and overseen by the United College of London (UCL). Tisa Muhaddes is also an activist for sexual and reproductive health rights (SRHR) and women’s rights in Bangladesh. As part of her activism, she founded and participated in civic groups to raise awareness, tolerance, and recognition of rights of disenfranchised communities in Bangladesh; she also maintained a column in one of the largest English daily newspaper in Bangladesh where she highlighted social issues and discrimination faced by women. She is also a published writer of fiction, her short stories have appeared in a series of international and national anthologies, literary magazines, and newspapers. 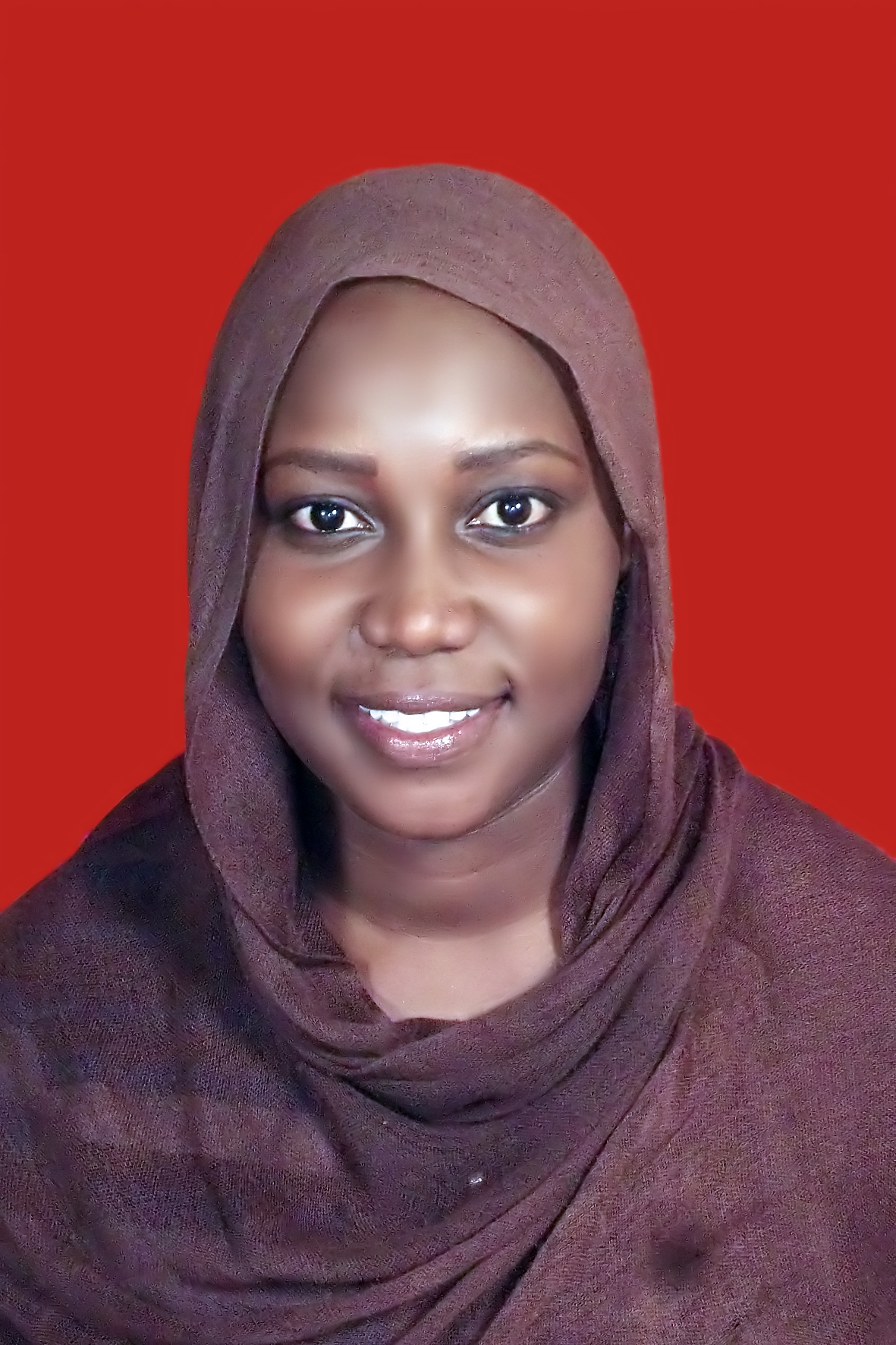 Souad has four years of experience with nonprofit work, which she began in 2007 after graduating with a Bachelor’s degree in Education. She has worked in the education sector for almost three years as Education Officer and as Education Training Coordinator with the Nuba Relief Rehabilitation and Development Organization. Souad also worked as a Monitoring and Evaluation Officer briefly before becoming a communication officer for Save the Children in South Kordofan in Sudan. Souad has worked closely with community members and government authorities to provide resources for the vulnerable groups of people most affected by conflicts. Souad is an advocate for child rights through her work in several campaigns like the right to education, the right to proper health, and the right to a home and security. 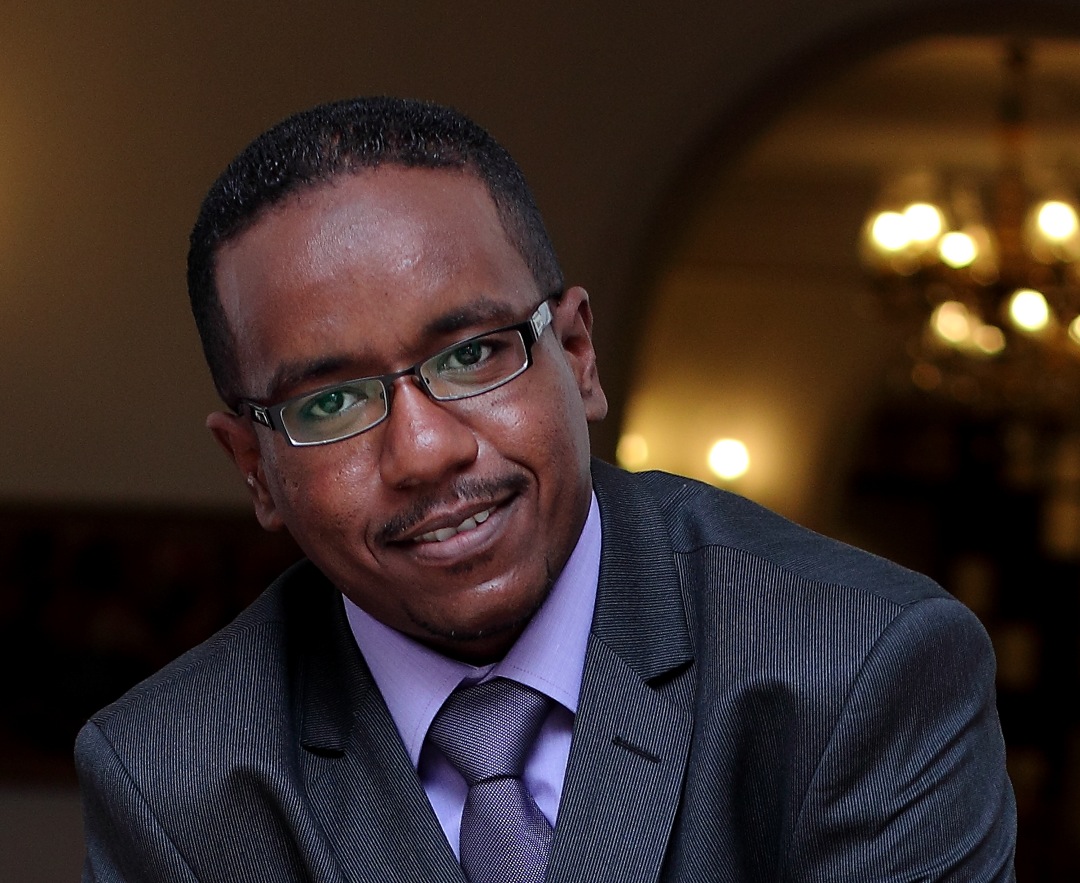 Sherif has over six years of experience in the nonprofit sector, and earned a Bachelor’s degree in Medicine and Surgery from the University of Khartoum. Recently, Sherif established with his colleagues a new nonprofit in Sudan called the Medical and Dental Students Trust (MDST) that aims to help Medical and Dental Students achieve their maximum potential, by the provision of financial and logistic support, and he is the Grants Superintendent of this nonprofit. Sherif also worked as a Research Assistant in the Mycetoma Research Center, Soba University Hospital, University of Khartoum, and he is responsible for the Recording System of Mycetoma patients, data entry, and site visits to endemic areas. He also provides necessary information for the medical students and helps them in their research on mycetoma. Sherif was the Regional Co-Assistant of Public Health on Africa of the International Federation of Medical Students’ Association (IFMSA), a nonprofit that represents international medical students worldwide. He also worked for two years as a Supervisory Council Member of the Medical Students International Network – Sudan (MedSIN-Sudan), a nonprofit that represents the future physicians of Sudan worldwide. Sherif was a member of the committee that issued the decision to stop smoking in Khartoum International Airport. Through these experiences, he developed strong capacity building, project management and leadership skills. Sherif enjoys focusing on public and reproductive health topics, and has an interest in youth development.

Fellow’s Role at The Mayor’s Office on African Affairs
Sherif will be responsible for expanding the Capacity Building Program, primarily targeting the business sector, thereby helping to strengthen the local African business community. This will include conducting ongoing outreach to diverse African businesses in the District, organizing bi-monthly networking events, connecting African businesses to business development support, resources, and other opportunities through the District, Federal and nonprofit agencies. 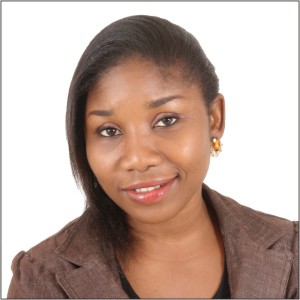 Ochuko has two years of experience in the nonprofit sector, and earned a Bachelor’s of Science in Biochemistry from Delta State University, and a Master’s degree in Pharmacology and Therapeutics from the University of Ibadan in Nigeria. While working as a Research Fellow with the Institute for Advanced Medical Research and Training in Nigeria under the WHO-funded malaria program, she helped improve the health of children living with malaria in western Nigeria. She also carried out the implementation and documentation of high quality research including the diagnosis of P. falciparum in saliva and blood specimen using rapid diagnostic test. This study was a landmark study, for the first time malaria was diagnosed using saliva specimen in Nigeria. Ochuko has volunteered as a Community Health Officer in different capacities, including for a help fare program annually held in Port-Harcourt, which involves offering free medical treatment to the poor and less privileged in the society. Over the years, she has accrued competencies in research and community health. Ochuko has a strong passion for maternal and child health. 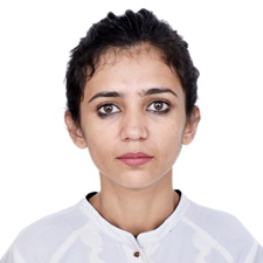 Nafeesa has six years of experience in the nonprofit sector in education, poverty alleviation, and humanitarian relief in emergencies. During these years her exposure to many parts of the country and abroad through extensive field visits provided her with the chance to see the ground realities and interact with people at the grassroots level, at the same time enabling her to deal with government officials, civil society including people from pluralistic backgrounds. Nafeesa earned a postgraduate degree in Human Rights from Curtin University of Technology, Australia, where she was a scholarship holder under the Australian Development Scholarship. Nafeesa is also trained in Program and Project Management and Administration (PPMA) by Management Development Foundation (MDF) in The Netherlands. She earned a fellowship with the Nuffic Fellowship Programme for this course. Nafeesa has worked with CARE International in Pakistan in the Floods Emergency Response Programme (FERP) where she was engaged in supporting Implementing Partners (IPs) in understanding donor compliance, accountability and quality in humanitarian relief projects. Nafeesa has also worked for the Pakistan Coalition for Education (PCE) as Research and Advocacy Coordinator where she was responsible for supporting coalition work through conceptualizing, developing, executing and reviewing advocacy campaigns. These campaigns were aimed at policy-makers and emphasized over the need for a rights-based approach to education in national policies. 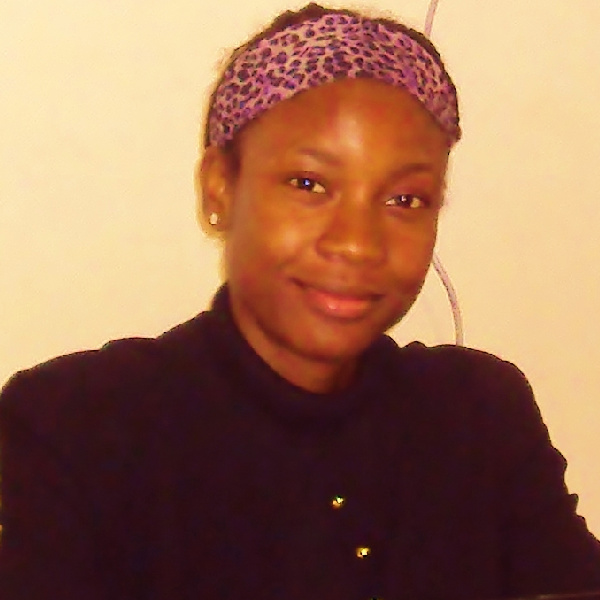 Janice has five years of experience in the nonprofit, media, and governmental sectors, and earned a Bachelor of Science in Economics from the Stella Maris Polytechnic in Liberia. While studying for her college degree, she volunteered with Population Services International as a Youth Coordinator where she managed a radio show on sexual reproductive health, and planned outreach activities for young people. Janice has developed youth related brochures and IECs materials for several groups including UNICEF and UNAIDS. Her advocacy has progressed to include programs in girls’ rights, youth and gender empowerment, and poverty reduction. Through these experiences, she developed strong research, leadership, and report writing skills. Janice enjoys focusing on the topics of economic reform and population need. She has a strong passion for creative arts and hopes to one day use it as a unifying tool for social justice.

Fellow’s Role at Worldwatch Institute
Janice will serve as Research Assistant to the President. In this position she will be primarily responsible for assisting in research by the President in three areas of substance: Gender, reproductive health and population, Sustainable agriculture and food production and Climate change and sustainable energy for all. Additionally she will aid various Worldwatch teams seeking to: Improve our outreach on research results for optimum impact in our mission of promoting a rapid transition to sustainable societies that meet human needs Develop and expand networks of likeminded organizations around the world. 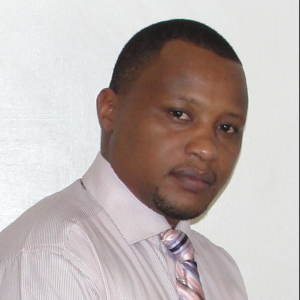 Eric has 10 years of experience in the nonprofit sector. He is a recipient of the 2017/18 Chevening Scholarship taking a MSc in International Development (Conflict, Security and Development) at University of Birmingham, UK. He has a Master’s degree specializing in peacebuilding and conflict resolution from Kenyatta University, Kenya and a Bachelor’s degree in Philosophy from Pontifical Urban University, Rome. Eric is the CEO of Africure Limited, a company dealing with medical equipment supplies, He is the immediate former Development Director at Tangaza University College, Kenya and his main responsibilities were identifying, cultivating, soliciting, and stewarding donors. Previously, Eric was an Atlas Corps fellow serving at United Nation Foundation, mHealth Alliance in Washington, DC as the the Business and Development Associate. His main responsibilities were securing financial and in-kind support for a range of United Nation Foundation, mHealth programs through donor prospecting and proposal development. Eric was also the Executive Director of Furukombe Initiative, Kenya a position he held for two and half years.He was involved together with Critical Mass Leadership Education, Inc in developing and coordinating a youth leadership program between U.S. students from Colorado State and Kenyan students funded by U.S. department fund. Eric has also worked with Sudan Catholic Bishops Regional Secretariat based in Juba, South Sudan as an Emergency Coordinator for two years. His main responsibilities were to fund-raise for the refugees, returnees, and IDPs in South Sudan. Eric has worked with Caritas Nairobi, Kenya as a Program Coordinator for one and half years. Eric is interested in International development, conflict analyses, fundraising, and capacity building.

Fellow’s Role at UN Foundation:
Eric will serve as the Development Associate cultivating, soliciting, and stewarding financial and in-kind donors for the mHealth Alliance program from corporations, foundations, governments, and individuals. The Development Associate identifies institutional synergies and new funding sources, manages cultivation and solicitation data and results, creates proposals and letters of interest to meet program objectives, and works effectively and collaboratively with other UN Foundation programs and offices to maximize grant potential and partnership success. 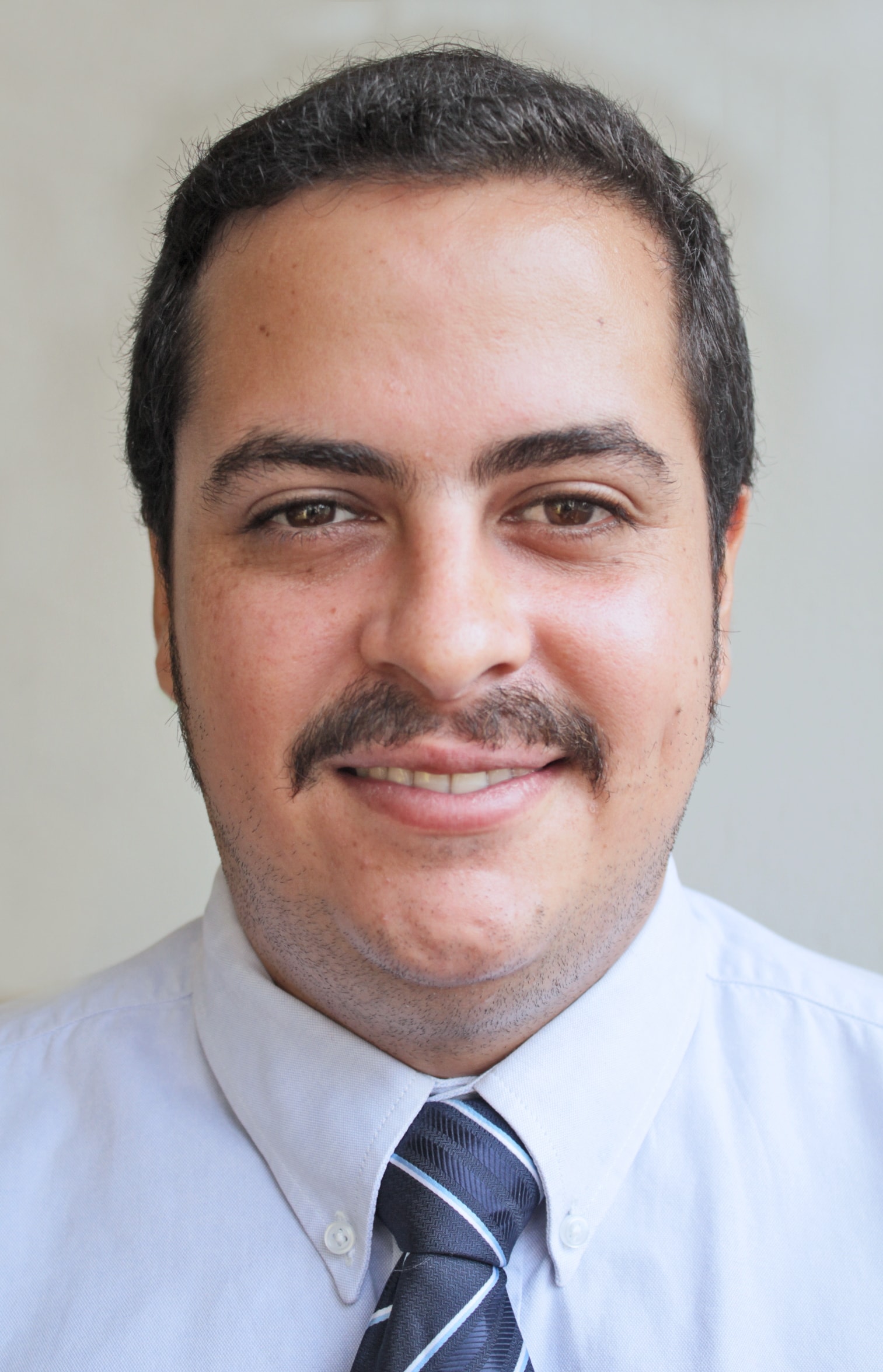 Eduardo has three and a half years experience in the nonprofit sector, and earned a Bachelor’s degree in Economics and Finance from the Universidad Peruana de Ciencias Aplicadas in Lima, Peru. For the last two years Eduardo has worked as a teacher in a low-income area of Lima for Enseña Peru, Teach for All’s Peruvian chapter. He has taught English and math in primary school, and math and business-related workshops in high school, having given students the skills and knowledge needed to start their own small businesses. In between school years at Enseña Peru, Eduardo was an intern at Caja Rural Los Andes, a rural microfinance institution in Puno, Peru, where he researched social conditions and needs beyond microcredit of rural credit holders. Previously, Eduardo worked for the post-graduate school at Universidad del Pacífic, and as a junior consultant at Invertir, a Peruvian nonprofit organization that promotes business entrepreneurship, seed capital funds, and microfinance. There he collaborated in the research and editing of a book about successful business through microfinance, and assessed business plans for business entrepreneurship programs. His work in business entrepreneurship, microfinance, and education has helped him develop leadership and capacity improvement skills, as well as skills for entrepreneurship and business development. Eduardo is interested and highly committed to social and economic development, access to microfinance, improvement in the quality of education, and reducing poverty in his country. He is also an avid reader, amateur photographer, and music-lover.