I personally believe that women should wear whatever they want, but these pictures of Yemeni photographer Boushra Almutawakel impressed me as a piece of art and political statement. Almutawakel first started in photography in the 1990s – and for a long time afterward – she was the only female photographer working in this country. She wears a hijab in her daily life and at the same time explores the idea of women’s identity and the veil. Women are the main subjects of her art: their emotional well-being, power, motherhood, relations with society, and religion. Her subjects often feature herself and her family, including her four children. This series “Mother, daughter, doll” shows Almutawakel herself with her young daughter. We see nine images of them, and from the first to the last image, we see a gradual transition: their veils become more and more religiously strict and their faces less and less emotional. As each becomes more and more covered, their images seem gradually to fade, until, in the last panel, they disappear.

Boushra found inspiration for this collage by seeing little girls no older than seven or eight wearing the black abaya and niqab, like mini versions of their mothers. She wanted to express and comment on the trend of extremism increasing gradually in her own country. Extremism has started to grow in Yemen since the mid-90s, and it is visible how it affects women and girls. Yemen, already a very conservative country, is becoming even more conservative, which the artist finds alarming. It is obvious in the trend of women’s veil, she says. 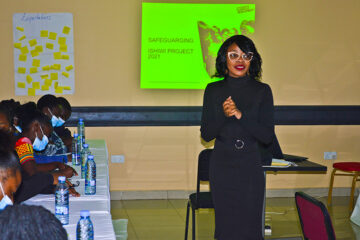 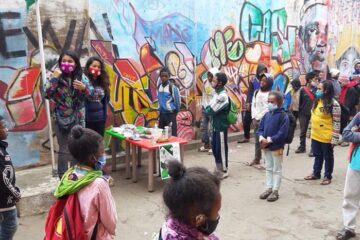