Engaging the US Political space. Vol 1

American Muslims communities are bonding heavily to erase the perceived myth about them in the United States (US).

The content here are no views of any organization(s) whether mentioned or implied. The views are expressions of the authors’, based on participations and experiences with the Muslims community in the US.

These issues in US politics could not be understood holistically on news media, regardless the type of medium you may chose to follow. Participation and formal interaction with US political arena gives a better and broader insights into the granular components that bonded to produce the US politics. My view point on this briefing circumference around Muslim Americans contributions towards the political sphere in the US recently.

The US as the mother of modern day democracy fought heartily to upheld this position. In this trajectory, Muslim Americans are organising themselves to eradicate the negative phobia held against them as undemocratic and non-progressives.

A number of Muslim led non-profits such as EmgageUSA and MPAC are working with local communities in various cities across the US to support reforms within the political sphere. They desire building a safer civic space where Muslims can actively participate and contribute to the democratic values of the US. Their enthusiasms to build and uphold human rights of all Americans regardless of gender, religious views or political affiliations are exceptional.

Muslim Americans are changing the narrative of the Muslims world from the perceived negativity to positivism by being the change they wanted to see. Their approaches in doing so have been unprecedented.

A blend of civic engagements such policy dialogue with policy makers, door knocking, Phone Banking, Canvassing with local constituents and political representatives are some of their strongest energies exerted towards the desired reform.

They are moving from crying at the back door to demanding a seat at the political table. This is evident by the steady progress being made through nominations and voting of local representatives into various political offices such as council men, District representatives, Congress and senate representatives etc.

Full episodes on how Muslim Americans are engaging the US political space comes in volume 2. 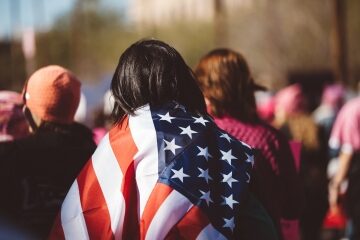 Cultural differences I noticed living 18 months in the USA

Since I came to the USA, I have been asked several times by friends and relatives about the differences between my culture and the USA. So I decided to try and sum it up according to my own point of view.

How to be antiracist?

I  came to the US at the beginning of 2020, and I appreciate seeing not only the US response to... 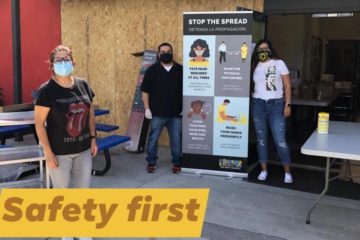 It is time to celebrate the achievements of the amazing Atlas Corps Alumni who are making inspiring impacts against COVID-19....