Diary of a Table Ambassador at the Atlas Corps 2018 Gala: Empower Women Globally

Last December 1st 2018, I travelled to Washington DC from New York to fulfil my role as Table Ambassador at the Atlas Corps Empower Women Globally Gala at the Four Seasons Georgetown. Little did I know that in a matter of hours, I would be mingling with state senators and congressional representatives, chatting about hiking in Arizona or fighting for the rights of female inmates…

It was a sunny yet chilly morning the day I boarded the bus near Penn Station for DC. Believe it or not, after just a couple of months in The City, I felt a twang of separation anxiety gazing at the disappearing New York skyline from my front seat on the bus. I craned my neck just to get a last glimpse of my beloved adopted city.

That feeling quickly dissipated when I got to my classmate’s apartment in DC – Pragya – who was hosting me for the weekend. We gave each other a big hug and she cooked us a heartwarming lunch of buttered Biryani before we started preparing for the gala. 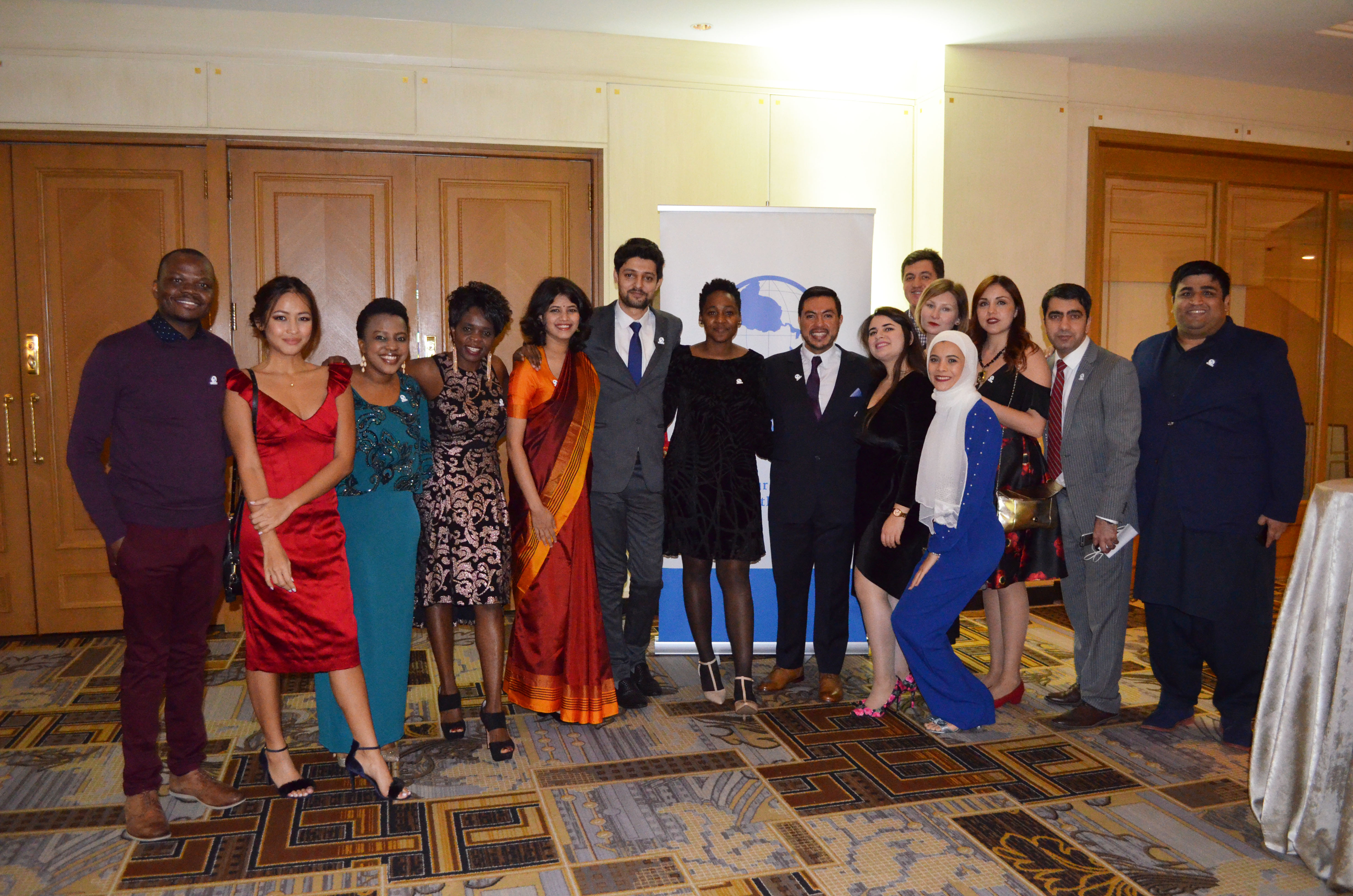 Some of the Atlas Corps fellows and volunteers at the gala. That’s Pragya in the beautifully shiny sari and myself in the matching shiny dress

“Preparing”, however, did not mean primping before the mirror or helping Pragya achieve perfect pleats on her sari with, like, a million safety pins. I didn’t make that 5 hour journey just to party – people usually travel the opposite direction for that! I was here to serve a cause, and that was to celebrate women empowerment by sharing my story, supporting my colleagues to do the same, and thanking Atlas Corps supporters for investing in female leaders. This list goes on, but you get the gist.

So Pragya and I reviewed the run of show, tried to memorize the names of the people on our tables, and Googled their bios (Pragya had “Principal Director at the Pentagon” on hers!). Finally, we were ready, and jumped in an Uber with a couple of other Atlas fellows who happened to be male and feminist partners – equally important to the cause, of course.

At the Four Seasons Georgetown, we congregated on the ballroom floor, chatting and catching up before “Cocktail Hour” commenced. It was good to mingle with the DC fellows as I hadn’t seen them since my orientation and the last Global Leadership Summit in September. (To be honest, I hadn’t seen much of the New York fellows either, so I was catching up with them as well).

I was assigned to greet guests and lead them from the registration booth to the cocktail area. That part of the night was actually the point in which I was able to interact with people / guests the most, given an entire hour solely dedicated to what people here call “small talk.” It’s an art, and one that is more difficult to master than you’d think!

It was a fun challenge speaking to guests and trying to find a connection between them and the fellows present that night. For example, one lady spoke Arabic and I introduced her to the Palestinian fellows. Another lady and US state official actually said she was of Palestinian heritage, so I connected her with Mays Iseed, a fellow whose background was raising awareness on maternal and child health back home. 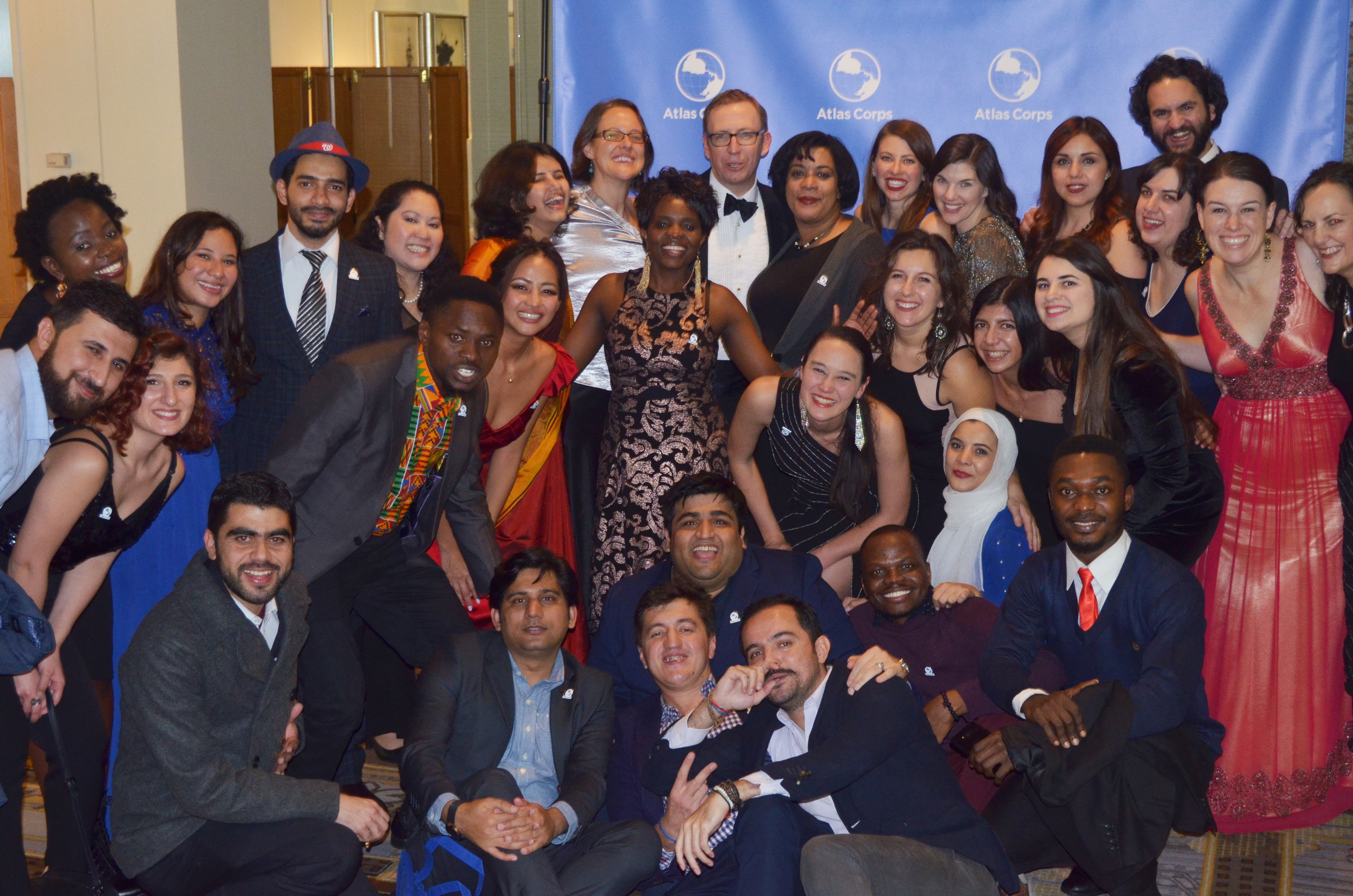 Click here to see a video of the performers singing the Atlas Corps song!

Over cocktails, the conversation that stands out in my memory was the one I had with Juan Mendez, State Senator for Arizona. He told me he was in DC while congress was in session that month, and explained the problem of gerrymandering that public servants have to deal with in his state (or in the country, for that matter). Juan recounted how his party (blue) had just started working with a collaborative Republican official on what was supposed to be a universal issue (education). However, even that fell through due to a personal scandal on the other side that made it impossible for Juan’s camp to associate with them for fear of being tainted by it and alienating their own constituents. It was frustrating.

Oh, and we also talked about the Grand Canyon, of course.

At dinner, I was seated beside Juan’s colleague, the beautiful and inspiring Representative Athena Salman. We had a lot in common. Aside from being the same age, we were both staunch feminists who tried to squeeze as much conversation as we could in between the food being served and the programme playing out. She’s the one I mentioned earlier, the lady famous for inspiring the #LetItFlow campaign after she fought to address the gross inadequacy of feminine hygiene products for women in prison.

Thank you for the music 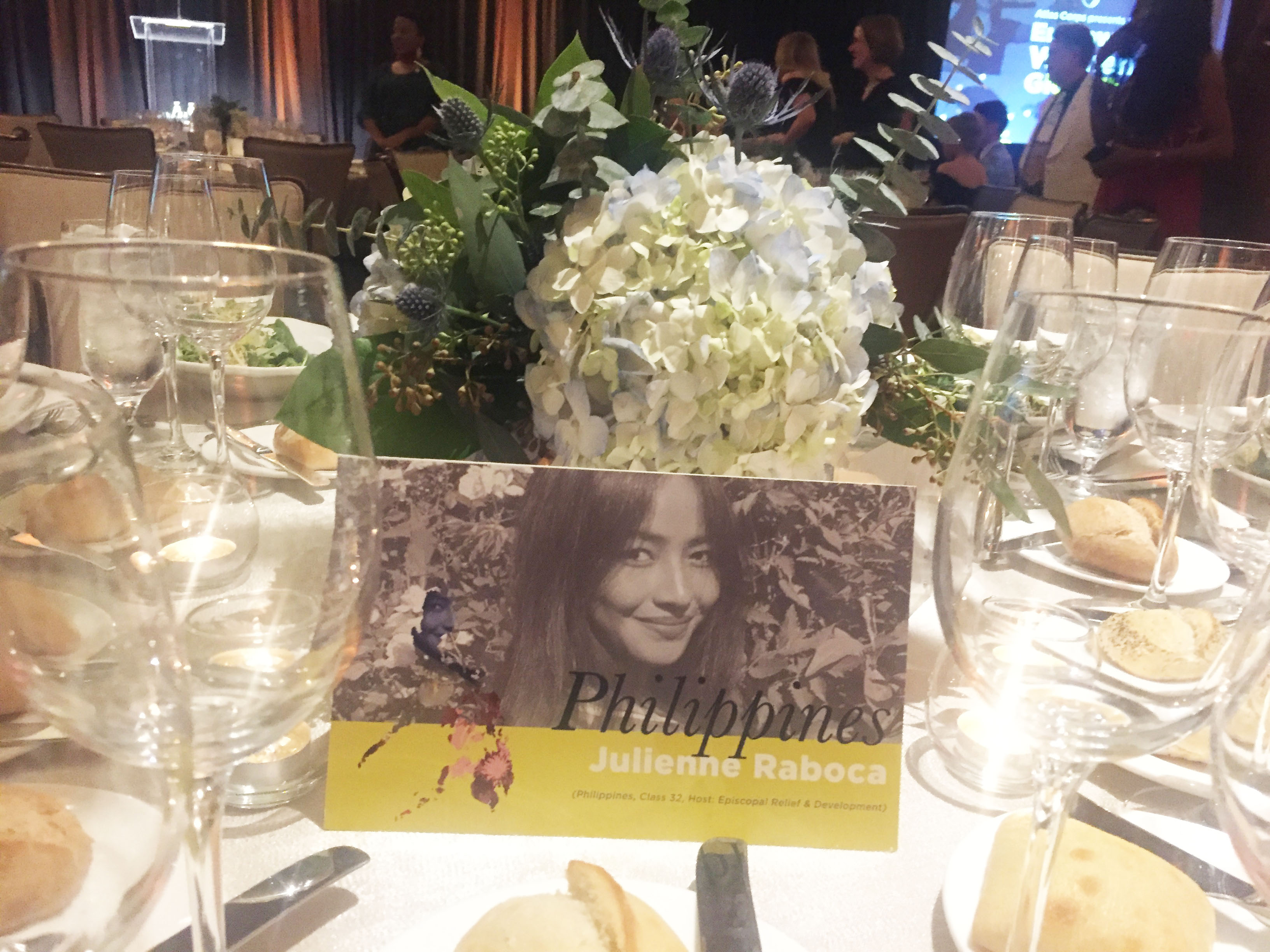 PHILIPPINES: Honored to have hosted a table that gave me a chance to represent my country at a women empowerment gala at the US capital

Before I close, allow me to commend fellows Maryem Rahim (Pakistan) and Nilima Raut (Nepal), who officiated the evening’s events. Particularly memorable was their calling Nathalie Molina Niño to the stage and presenting her with the Atlas Corps Global Changemaker Award. Who better to recognize at a #WomenEmpowerment event than the author herself of “Leapfrog: The New Revolution for Women Entrepreneurs”? I loved her candid speech on the process of writing her book, career changes, naysayers, and standing up to the forces that be when needed.

I end with a thank you to Atlas Corps for generating opportunities like these for women all over the world, just like me, who only need someone to believe in them. Sometimes that’s all it takes. 🙋🙋🏻🙋🏼🙋🏽🙋🏾🙋🏿

Big thanks to the sponsors that made this event possible: John D. Evans Foundation, Philip Morris International, Turkish Airlines and Grassroot Communication.

Julienne C. Raboca is an Atlas Corps Fellow from the Philippines currently based in New York. 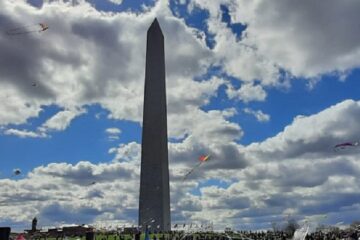 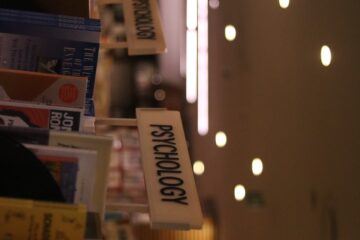