Six years ago, on the 15th of August, 2014, the Indian government pledged to make the country Open Defecation Free (ODF) by 2nd October 2019, the 150th Birth Anniversary of Mahatma Gandhi. Rural India was designated ODF in 2019 due to strong political will, perseverance, hard work, and the government’s backing at all levels, multiple organisations, and the participation of all stakeholders at the community level. In both urban and rural locations, sanitation has always been a big concern in our country, particularly for the financially vulnerable parts of society.

Before this initiative, India had sanitation plans for decades; however, Swachh Bharat (Clean India) has accelerated due to various characteristics that make the Mission distinctive and effective, most notably the inspiring leadership that anchors the programme and the active participation of the populace. As a result, the objective became a full-fledged “Jan Andolan,” or people’s movement. In addition, the Mission’s focus on behaviour modification, which hinges on bringing about attitudinal changes, puts it ahead of its predecessors, who prioritised toilet construction. The Mission’s view has moved from a supply-driven to a demand-driven one, with the focus shifting from simple toilet construction to the lofty aim of designating villages ODF.

Under this programme, over 10 billion individual household latrines (IHHLs) have been constructed. As a result, sanitation coverage in rural India, which was 38.7 per cent on October 2, 2014, reached 100% and was declared ODF on 2nd October 2019.

Diarrhoea is one of the most common disorders caused by open defecation in children and adults. In villages, the number of persons getting sick from water-borne infections has been exceptionally high. A comparison of ODF and non-ODF towns found that the latter has a higher rate of water contamination, according to the “Report on the environmental impact of the Swachh Bharat Mission on water, soil, and food” (April 2019) assessed by UNICEF and the Ministry of Drinking Water and Sanitation (now Ministry of Jal Shakti). Human faecal waste, which is a direct result of open defecation, is one of the most significant sources of contamination. SBM’s efforts to eliminate open defecation in villages, towns, and cities have had a favourable environmental impact, as seen by reduced water and faecal soil contamination. Cleaner water has resulted in lower death rates, particularly among children under the age of five, and the presence of toilets has resulted in a cleaner environment.

According to anecdotal evidence and existing literature, women have experienced embarrassment, helplessness, and dread while defecating in public and are more vulnerable to numerous circumstances when they do not have access to a bathroom. In addition to health problems, inadequate sanitation can have several negative consequences. It exposes women and girls to the risk of sexual harassment, assault, and even animal attacks. According to a recent study (February 2020) conducted by Sambodhi Research and Communication Pvt Ltd in partnership with UNICEF and the BMGF, access to toilets constructed under this Mission is assisting women in improving their dignity and self-respect on multiple fronts (such as defecating in privacy and taking care of menstrual hygiene management needs).

Clean and sanitary working surroundings have resulted in fewer sick days, resulting in fewer lost workdays for sanitation personnel. It has also increased job prospects, as people are more ready to work as sanitary service providers in a safer workplace. Improved and cost-effective latrine technology, such as the twin-pit toilet, has reduced the cost of toilet construction and resulted in additional benefits such as converting human excreta into manure and reducing the need for chemical fertilisers. The construction of family latrines has also allowed individuals to save time by eliminating the need to defecate in the open.Most importantly, the decrease in health hazards and improved sanitation has led to savings in health costs and enabled individuals to channel their financial resources to other important and productive aspects of life, like food, education, protection, etc. Most importantly, the reduction in the number of health dangers and increased sanitation has resulted in lower health-care expenses, allowing people to put their money toward more meaningful and productive things like food, education, and savings.

The Mission’s prime focus facilitated the construction of millions of individual household toilets, which enabled villages, gram panchayats, towns, and cities to become ODF. This unprecedented impetus for the construction of household toilets provided livelihood opportunities for key players in the sanitation value change, such as masons, ring manufacturers, sanitary mart owners, etc. In addition to this, SBM created an enabling environment for sanitation workers.

Students would either defecate in the open or not defecate at all until they returned home due to a lack of appropriate, functioning, and child and gender-friendly toilets in schools. Girls in several parts of India have been recorded not drinking or eating since the morning to prevent having to relieve themselves during school hours. Attending school during menstruation became increasingly challenging for adolescent girls. Due to these conditions, young students, particularly girls in middle and high school, have low attendance and alarming dropout rates. SBM has contributed to developing an ecosystem that has resulted in a significant increase in the construction and retrofitting of school toilets and child, gender, and disabled-friendly toilets. The collaboration of many departments and Corporate Social Responsibility was crucial in expanding WASH facilities in schools and promoting long-term behaviour change efforts to improve hygiene, including menstrual hygiene management. WASH facilities in schools are assisting in lowering absence due to illness, improving academic performance, reducing school dropouts, particularly among girls, and indirectly helping in the cognitive and socioemotional development of school children.

SBM developed such a revolutionary movement due to the vision with which the goal was conceived and the resolve to see it through by leaders, government officials, civil society, non-profit organisations, celebrities, and local communities. In India, many Bollywood superstars have pledged their support for the sanitation campaign. Support has been shown in the form of films, initiatives, and even direct appeals to people to join the Mission. The movie “Toilet, Ek Prem Katha” is an example of cinema’s unrealised potential for large-scale Information Education and Communication (IEC) messages on crucial social issues. Millions of Indians viewed the movie across big screens, social media, and television, and the importance of toilet usage was well communicated.

Though many challenges remain, the Indian government can learn from the Swachh Bharat Mission’s strategies to achieve the Sustainable Development Goal (6.2) of providing everyone with adequate and equitable access to safe sanitation and hygiene, including safe and sustainable management of faecal sludge and septage. Looking back on the day the Mission was started, no one could have predicted that it would become so successful. But, because of the revolutionary contributions of all stakeholders and the large-scale strategic planning, we can confidently state that India is well on its way to achieving clean sanitation for everybody.

Photo by Kelly L on Pexels

Hero and Thumbnail Photo by Sreehari Devada on Unsplash 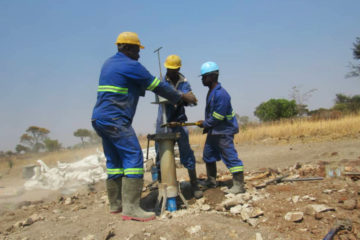