Can We Cancel the Cancel Culture?

It took me a lot of courage and deliberation before finally deciding to type away my thoughts in this blog on something so divisive. Even if the readers disagree with my perspective, my hope is to invoke at least a few thoughts and questions encouraging people to reconsider the next time they see something on the subject.

One of the powers of social media that I have personally witnessed over the last few years is about bringing justice to people and situations which might have gone unnoticed otherwise. There are multiple instances of this justice in action with one recent example being the birdwatcher Christian Cooper and his experience with a white woman’s racism in a park. More universally, there is also the Killing of George Floyd which has rightfully started a world-wide movement about black rights and police brutality. I cannot even imagine the years and years of injustice that stands behind this movement and it makes me sad to see how long it took for it to become visible enough that people would take notice. But still, I am glad that social media and modern communication platforms have started to bring light to situations that have been there, hurting people in the dark.

Having been in multiple difficult and sometimes threatening situations myself, it makes me a little relieved how I could also film something myself and at least let it be the evidence of the injustice done to me or to anyone around me. I truly and wholeheartedly appreciate this power in individual narratives to be shared online and get public attention.

While assessing the truth to a situation and forming an opinion on something might be relatively easy in some places, it can be equally difficult in others. With the start of COVID restrictions and lockdowns, I also see an increasing online trend where people are calling for cancellation of individuals and celebrities due to the little-known details of the things they have said or done, in the past or in the present. There are people calling for Amber Heard be fired from her upcoming film, ‘Aquaman 2’ while Johnny Depp has already been made to leave his film ‘Fantastic Beasts and Where to Find Them’. There are similar local examples in my own country and as I have been seeing, in countries throughout the world involving ordinary people as well who are nowhere near the celebrity status of Amber Heard or Ellen DeGeneres. There are times when all of this feels like a public court where everyone is acting as a jury to a crime or a situation that they aren’t even fully aware of.

Most news outlets work for profit. They churn out information that people want to consume. They have a clear bias here to release the type of information that will bring them more ratings, views, and in-turn, money. When the information itself is not being presented with the best of intentions, how can we use it so comfortably to be making such claims and demands? Moving on from the source and channel of information, I have personally witnessed people calling for these cancellations with their strongest of emotions without having done any prior research or due diligence on their part to dig deeper for the truth. While what is ‘true’ remains debatable, at least the value of a conscious effort to make informed opinions cannot be undermined when the demands being made can significantly alter someone’s lifestyle or choices.

I have come to admire the use of social media to help strengthen the individual and collective fight for justice, especially in situations that can easily go unnoticed otherwise. But I also feel sad sometimes to see the same platform being used to make justice difficult. I cannot help but feel how in some situations, it doesn’t matter what is being said and rather how it is being said and by/about whom it is being said. 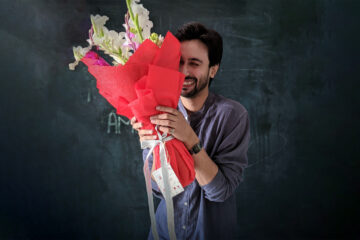 Expensive Happiness – a fleeting reflection from the lockdown