Boston: A Splendid City by the Sea

“There stood a splendid city, a city by the sea

With many a marble tower, and hall of porphyry,

With many a pillared temple, with statue and with shrine,

And treasures from the Orient, in her palaces to shine.

She sat upon her seven hills as a queen upon her throne,

And bade her subject nations her jeweled scepter own;

And lovely were her olive groves, and beautiful was she,

The fair and regal city, the city by the sea…”

Boston is one of the oldest cities in the United States that was founded in 1630 by English Puritans fleeing religious persecution. On March 29, 1630 a fleet of 11 ships carrying 700 people sailed from England to Massachusetts. Later on, this city became the scene of several key events of the American Revolution, such as the Boston Massacre, the Boston Tea Party, the Battle of Bunker Hill, and the Siege of Boston. Upon U.S. independence from Great Britain, it continued to be an important port and manufacturing hub as well as a center for education and culture.

On July 21, 2018, I arrived in this splendid city on a late afternoon flight from Washington D.C as an Atlas Corps fellow to serve with an edtech accelerator. Now it’s been almost a month since I got here and I think I am quite ready to chronicle few of my personal experiences and interesting facts about this city.

Firstly, compared to other U.S cities, Boston often feels like a small town with notably easygoing and informal orientation. However, its inhabitants (often referred to as Bostonians) enjoy almost all the modern perks of city life. The metro area features a diverse culinary scene in addition to providing easy access to the cultural institutions, and proximity to world-class schools, employers and health care facilities. No doubt Boston has somewhat old and historic feel but this city is ever-evolving. Sometimes, I feel I am back in Islamabad (capital city of Pakistan where I spent last 12 years) because it has so much greenery, fresh air, and beautiful landscapes.

Boston on the one hand is at the cutting edge of medicine and technology but on the other is quite traditional in its love of pastimes like its obsessive love for sports (American baseball mostly) and local sports heroes (Red Sox to be precise). It is a region of sports enthusiasts, artists and entrepreneurs.

Often referred to as the Cradle of Liberty, Boston is the site of some of the most significant social, cultural and political moments in U.S. history. Living in the region can feel like you are acting out the pages of a history book. Boston’s tenacious spirit was born out of an act of revolution, and its drive to pursue innovation and progress is in its DNA. In my opinion, whether you are an aspiring college student, recent graduate, retiree or seasoned professional, Boston is a perfect place that can foster your next stage of life, whatever that may be.

Although it’s been a pretty short time since I arrived here, but to be honest I think I am already in love with this splendid city by the sea….! 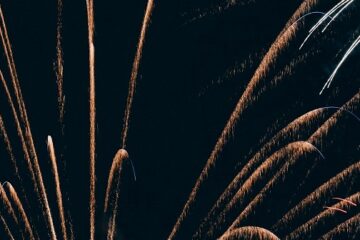 In this article we look at five highly effective ways nonprofit leaders can leverage the power of digital marketing in 2022 with smaller budgets to reach more people, raise more funds, and achieve more growth 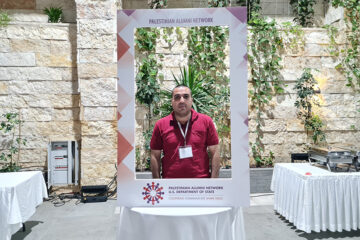 Today we speak with our Palestinian Scholar Haitham (Cohort 3). As an experienced IT professional with a passion for education, Haitham shares with us how he applied his technical expertise towards advancing the digital educational opportunities within his home region.