Time literally has wings! It feels like yesterday when I was prepping up for IBM CSC team arrival in San Francisco and now they all have headed back home. They have enthusiastically reverted to their regular routines, missing the altruistic work role, preparing for knowledge dissemination and looking for avenues to multiply the experience gained in the United States. Though, my time with our IBM Corporate Service Corps (CSC) team at UWBA has been a little brief, because of our GLL Immersions, yet it is an invaluable experience.

Sharon, Benedicte, Ricardo and Susannah constituted an IBM CSC team of United Way Bay Area (UWBA). The four CSC fellows were from diverse backgrounds and cultures yet the professional identity of IBM connected them as one fibril. Adding to that diversity was myself, an Atlas Corps Fellow from Pakistan. I got the chance to work together with this amazing team to bring about a business process transformation at a leading non-for-profit organization.

Each and every moment of the experience was worthwhile so I decided to pen it down. It is going to be a long post so grab a cup of coffee and enjoy my IBM journey.

It all started for me when I signed up for being an airport greeter for our IBM CSC fellows. My task was to greet four members but I ended up oscillating between two arrival gates, though, managed to receive three fellows; Tanujha from India, Alona from Indonesia and Lung from Malaysia.

Our Program Coordinator Emma meticulously planned our first formal meet-up with all CSC fellows. We were introduced to one another through a  bunch of team building activities.  I came to know that I am going to work with a drummer, a crocodile hunter, a football player and an Olympic ball person for tennis. How cool is that! 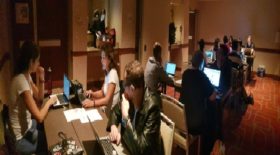 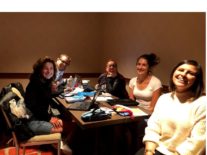 Work week started with IBM CSC fellows’ arrival at UWBA. UWBA was excited and thus, adorned the workstations for making them feel at home. As soon as the on-boarding formalities concluded, it was time for some real ball rolling. The team had a lot of listening for Day 1. There were presentations from Senior Vice President Community Impact, Director Regional Learning and Partnerships and Me (An Atlas Corps Fellow). They were briefed about different programs, structure, business partnership perspective and correlation among different programs at the organization. I had mixed feelings at that time, felt on moon because they were with me to facilitate UWBA for strategizing its future course of action. At the same time, felt bad, since they had to do a lot in a short span of time. We had a team on-boarding lunch followed by a program initiation ceremony at IBM office. 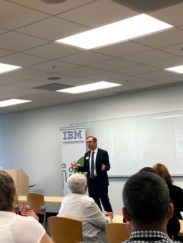 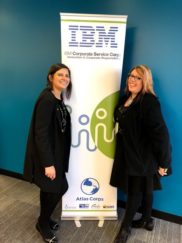 Jamie Lawrence, IBM CSC coordinator greeted all the guests at IBM office. She briefed about the Corporate Services Corps program and the latest IBM & Atlas Corps partnership. Later, she introduced the four IBM teams and their host organizations. Scott Beale, Founder & CEO Atlas Corps shared his passion and vision not only for institutionalizing Atlas Corps but also about the various partnerships including IBM for the promotion of innovative Social Change Leadership Development Program. Each host organization including UWBA shared their mission and the project designed for our IBM CSC team. I had butterflies in my stomach after listening to organizational presentations because I believe UWBA IBM team had a herculean task ahead of them.

Simultaneously, the team was meeting various departments for a holistic perspective. The next few days were a profound juggling for me as I have to acquaint IBM team with all the requisite information that is pertinent for data analysis. We hopped from one meeting to another and the week passed with so much on plate that was incomprehensible. We were unsure how to transform the bulk of raw data into meaningful form. Another challenge surrounding the team was data accessibility due to confidentiality concerns. UWBA did opened the doors but the acclimatization required a lot more baby steps. It was one step at a time and one after another the team gained access into the system for data analysis.

The week concluded with me flying to DC for GLL immersions and CSC team having their first check-in call with IBM head office.

A Juggle between Immersions and IBM CSC work facilitation

I had long immersion days in DC. Whereas, the team in San Francisco had their heads dig deep in data piles and cross-functional team meetings for clarity. Besides, they were having profound hustle with tech administrator for Salesforce access to review and interpret reports. Finally, with requisite access permission and meetings, the team orchestrated a value stream business engagement model for UWBA. They also created an accord with management for further course of action. I am assuming it must have been hard for my supervisor in my absence as there is a lot going on at the department level and IBM team coordination required time too. 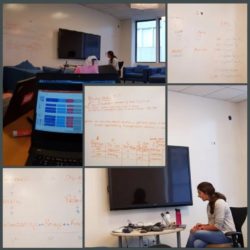 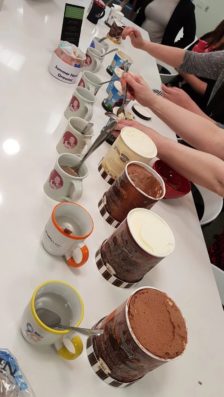 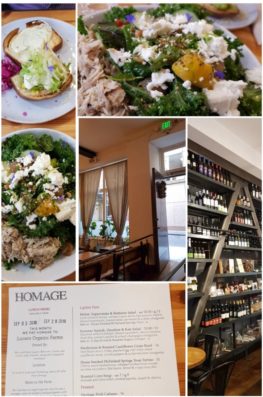 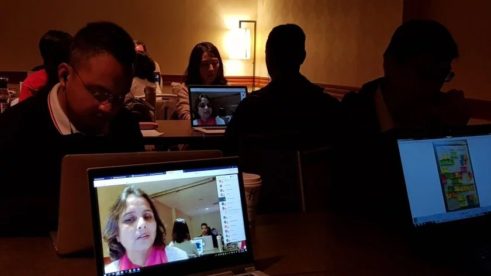 IBM CSC team had an amazing time in San Francisco as shared by them. They explored the city in its length, breadth and beyond. You can enjoy one of my team member’s blog for the fun strolls across the city. UWBA hosted a few fun and engaging activities for our team. They enjoyed an on-boarding lunch, all-staff introductory breakfast,  celebratory ice-cream party and a few happy hours.

The first two weeks for the team were primarily focused on acclimatization and assimilation of as much knowledge on UWBA as possible. It was pertinent to map the engagement strategy and draw recommendations for improvement in the coming weeks.

Today, we are sharing a story of National Academy of Public Administration (NAPA) and their experience with an Atlas Corps Alum Pratyush (Class 38, India).

Why are fundamental human rights reluctant to knock in Kashmir?

August 30 is celebrated around the world as the International Day of Victims of Enforced Disappearances. Declaration on the Protection...

Faten currently works as the Human Resources Associate at United Nations for Relief & Work Agency, a nonprofit organization, where she works on maintaining trust between employees and management.