If you’re into such topics as mechanisms of dissemination of fake news and fighting misinformation, you may find this interesting. And, of course, it’s somehow about Russia again

Here’s an interesting piece of reading about mechanisms of dissemination of misinformation in Twitter – the platform many of us are using. In a nutshell, fake accounts are doing a good job pretending to be real, credible sources.

A media researcher and data journalist, Jonathan Albright from Columbia University conducted a research on Twitter and fake accounts. According to data he’s got and studied, more than 36,000 tweets were used to manipulate the American political conversation. And Russian-controlled Twitter accounts were “likely to share stories produced by widely read sources of American news”. Among the tweets Albright studied, the most common links were to Breitbart News, followed by, for example, The Washington Post. And, as Albright writes, the news outlets the troll accounts (through tweeting, retweeting, and tweet-quoting) tended to re-broadcast from the middle of 2016 through election day: 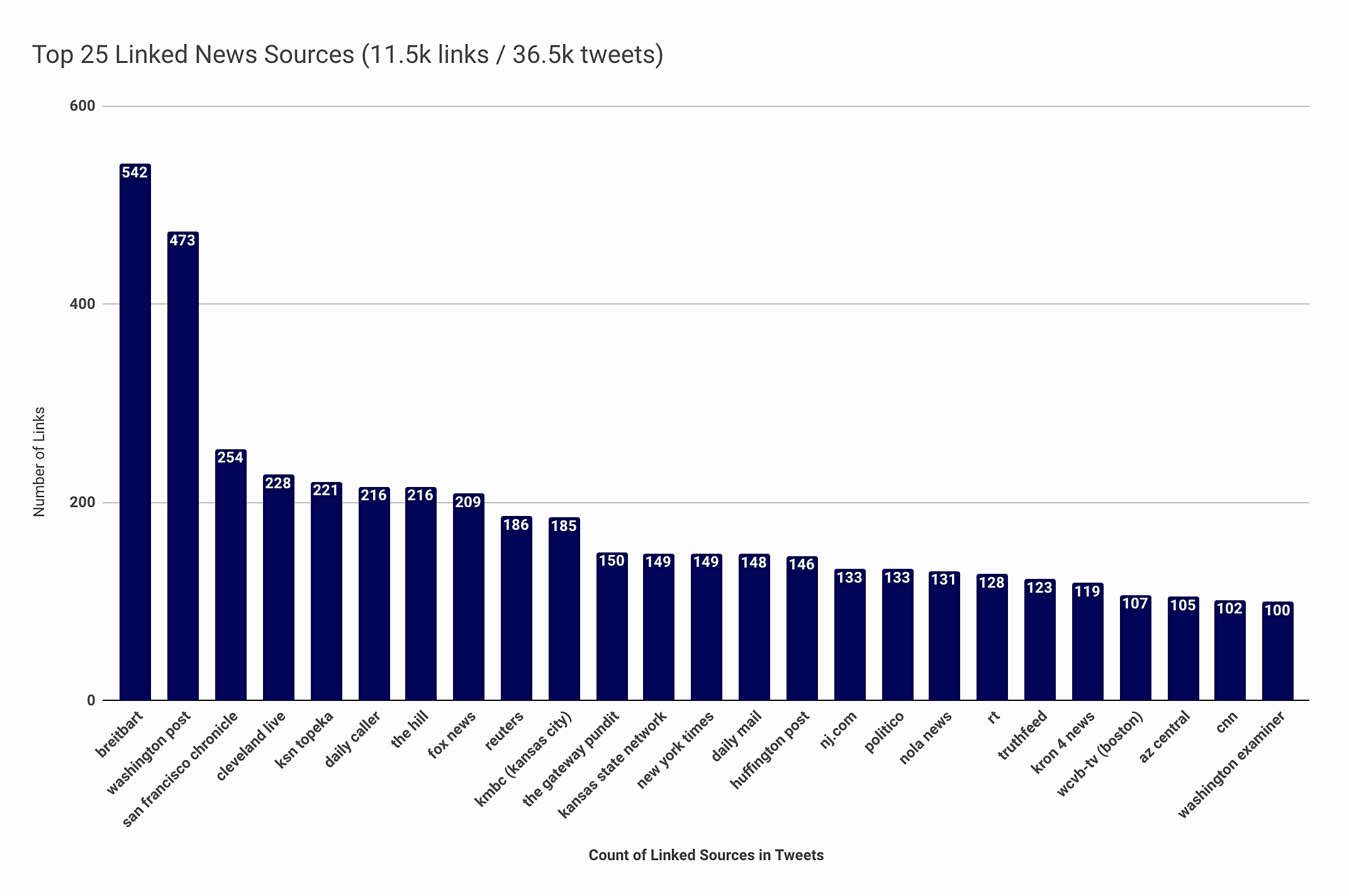 As Albright finds, “fake “regional” troll accounts consistently tweeting not only real, but local news. This pushes back against some of the more established narratives around hyper-partisan media and “fake news.” Most of these troll accounts are situated in cities with a history of systemic social and racial issues”.

The entire Albright’s research you may find on medium.com – really worth reading. And, according to a related article in “The Washington Post“, this research bolsters observations by other analysts.